21 Black Futures, a national exploration of the future of Blackness

When Mumbi Tindyebwa Otu stepped into the role of artistic director at Obsidian Theatre Company in January 2020, she had no idea what the year ahead had in store. Not only would COVID-19 sweep across the globe, killing more than two million people worldwide, but theatre and performance, Otu’s raison d’être, would come to a grinding halt. Additionally, Black and Indigenous people were disproportionately affected by the virus and were more likely to die from COVID-19 complications.

“All of my upcoming work had disappeared,” said Otu. As if matters weren’t bad enough, police brutality continued against Black people in the streets and around the world, and peaceful protests decrying ‘Black Lives Matter’ were met with riot police and weaponry. Otu shouldered these tragedies and attempted to process them as she remained in lockdown in her Toronto home.

“I was living in isolation, like everybody else, kind of going further and further into isolation and just grieving and mourning privately the continuous murder of Black people,” said Otu. “I had no access to the theatre and no access to the community.”

Otu said Obsidian had a choice; they could wait out the pandemic or they could adapt and create something that was responsive to the times. That’s when the idea for 21 Black Futures, an anthology of 21 single-actor plays, began to take shape. Otu said she felt a desire to connect and to see how other Black artists were coping across Canada.

“I was thinking about Black futures as a way to heal, as a way to try to imagine beyond the intensity of the moment we were in,” said Otu. Everywhere in the media there was new messaging about Black people, but not from Black people. 21 Black Futures is an opportunity to tell new stories with the voices and perspectives of Black Canadians across the country, said Otu.

Obsidian Theatre company is in their 21st year of operation and decided that the monodramas would be released in February, during Black History Month. This was the inspiration for choosing the number 21.

Otu picked up the phone and began talking to playwrights, asking them to consider the prompt, ‘What is the future of Blackness?’

“I thought it was such an exciting challenge,” one of the playwrights,  Lisa Codrington, said. Codrington graduated from Ryerson Theatre School in 2003 and has gone on to write award-winning plays, work as a writer on numerous television programs and act in both live theatre and TV. Codrington recently finished work on a Canadian Broadcasting Corporation (CBC) show called ‘Pretty Hard Cases.’

Early on in the process, Obsidian began corresponding with CBC Arts. They knew that they wanted to present the stories digitally, due to the continued uncertainty around in-person gatherings, and CBC had the filming expertise that Obsidian did not, along with the national streaming platform, CBC Gem.

Lucius Dechausay was appointed as supervising producer to oversee production and post-production. Dechausay is a filmmaker, illustrator and editor whose short films have been screened at the Toronto International Film Festival and the Canadian international documentary festival, Hot Docs.

“A production of this magnitude has never been done before,” said Dechausay. “I feel this is a historic collaboration.”

21 Black Futures is being released in three installments, on Feb. 12, 19 and 26. Each season contains seven monodramas, each approximately ten minutes long. It includes 63 Black actors, directors and playwrights who have come together to create this piece, along with a team of producers, film crew, designers and editors, composed almost entirely of BIPOC.

“The approach to commissioning these pieces was intentionally intergenerational,” said Dechausay about Obsidian’s process. They hired artists with all different amounts of experience and different creative backgrounds.

“I think that’s the thing I’m most excited about,” said Codrington, “is getting 21 opportunities to see little peaks into people’s ideas of what [the future of Blackness] is.”

Codrington’s piece is part of the final installment of the show, airing on Feb. 26. Prescription follows the journey of a woman, “who is the first recipient of a revolutionary treatment that promises to lighten the load of what it means to be a Black woman.” Following the prompt, inspiration for the story, she said, came from thinking about the future of medicine and treatment.

“I was curious about the renewed sense of interest from others in the trials of Black folks and about what that would mean,” said Codrington, “about what advancements that might yield.”

After the playwrights finish writing, they hand their work over to the artists and directors, “who then get to dive in even deeper,” said Codrington. Prescription is directed by Sasha Leigh Henry and Alison Duke, and performed by Akusoa Amo-Adem.

Rehearsals were all done over Zoom, explained Otu, and people only came to the film set for one or two days, to prepare and actually film the pieces. Because artists were scattered across the country, Otu said many of the directors worked entirely remotely.

“It was an odd love child of two art forms,” said Philip Akin, who performs in Builders of Nations which also airs on February 26. The piece, about the last man on Earth, is written by Joseph Jomo Pierre and directed by Kimberley Rampersad. Neither theatre nor film, Akin said, “we still haven’t got the right word for what this is.”

The CBC and Dechausay worked really hard to bridge the worlds of theatre and film in order for 21 Black Futures to come together, said Otu. It was “truly a crash-course in film making” for many of the artists, although some, like Codrington had acted or written for television and film before.

Working with this new art form is an exciting opportunity for artistic growth, said Akin. “What’s going to be interesting is, all these people who have explored this form, will they pursue it [after the pandemic]?”

“The whole project is for people to continue to open their eyes and open their ideas of what Blackness really is,” said Otu. She wants people to see “the diversity of what the Black experience really is and what Black futures can look like.”

Dechausay said he sees the series as helping to move Canada forward in a big way. “For playwrights and performers especially, this past year has destroyed them,” said Dechausay. “This endeavour picked up all of those pieces and rebuilt them from the ground up.”

Otu hopes that Obsidian can partner with CBC Arts again in the future, but she said for now they are focused on celebrating what they have created and watching the pieces come out over the course of February. Canadians can watch all 21 monodramas, as they are released on CBC Gem for free.
Looking ahead, Codrington asked, “what would happen if this happened again with a new prompt or another group of Black artists that get to interpret their idea of 21 Black Futures in 2022?” 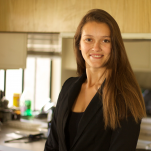