The Ryerson Poker Club is keeping Texas Hold’em fun – by eliminating the gambling side of the popular card game.

“We promote poker, not gambling,” said Muhtasim Chowdhury, a second-year engineering student and vice-president of the Ryerson Poker Club.

Instead of cash prizes the club buys gift cards that winners get at the end of the tournament. For the approximately 100 members there is a $10 buy-in for tournaments that go towards the prizes and snacks.

Kyle Burnett, president of the Ryerson Poker Club said when people get addicted to gambling it’s not good.

“First off [gambling is bad] financially,” said Chowdhury. “Then when you lose you get depressed. In a way you get addicted to gambling like you can to smoking and alcohol.”

Experts also agree. A study by the Lindesmith Center in New York says gambling is a vicious cycle.

“Elements of an addiction model that gambling helps to elucidate are the cycle of excitement and escape followed by loss and depression, reliance on magical thinking, failure to value or practice functional problem solving and manipulative orientation towards others,” reads an abstract on a study on gambling by Stanton Peele, an expert on addictive behavior.

To counter this, the club raises awareness about the problems of gambling and how it can lead to addiction. This upcoming semester, they have a seminar on the dangers of gambling to be led by an addiction counselor.

Chowdhury said the lack of gambling keeps the game enjoyable.

The club is the brainchild of Burnett, a third-year engineering student who was tired of going to bars and casinos to play Texas Hold’em. He started playing poker when he was a teenager and enjoyed the mathematical aspects of the game.

“We needed a poker club at Ryerson,” he said. “Many of the club’s now members were going off campus to play and losing money.”

Burnett started hosting tournaments in November 2014 before the club gained official Ryerson Student Union club status. In February 2015 the Ryerson Poker Club was officially recognized by the RSU with a charter and constitution.

But today the club doesn’t only host tournaments, it also holds workshops for newcomers to the game as well. More recently they hosted a blackjack and Texas Hold’em tutorial for novices in the library.

The club’s next tournament is on Oct. 14. 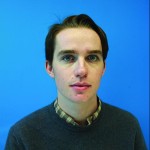