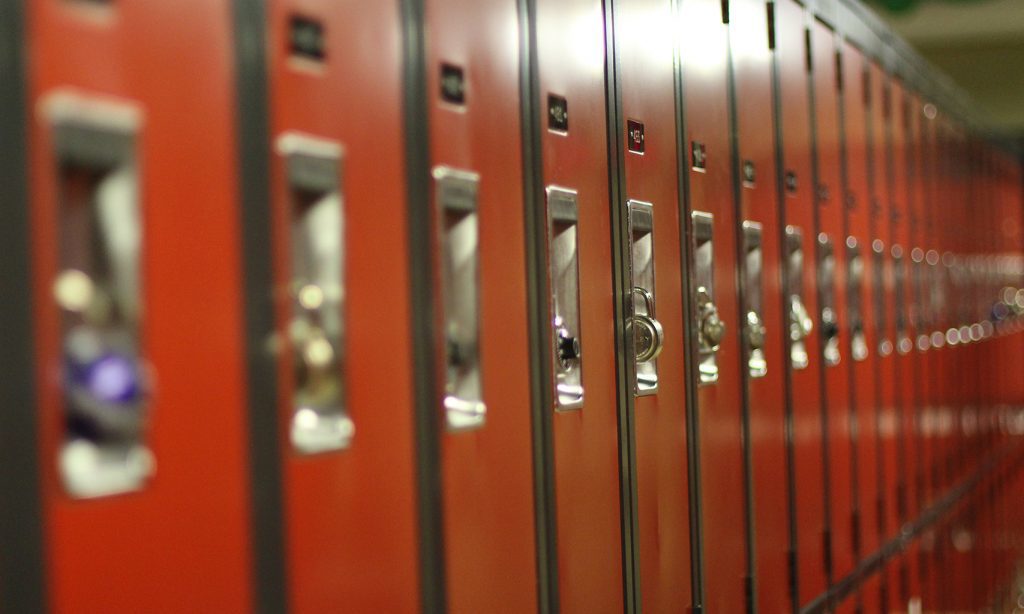 Some mysterious mischief has been happening in the basement of the Ryerson Communications Centre (RCC).

Even with a lock on a locker, students’ items don’t seem to be safe anymore.

After a few complaints to the journalism office and Ryerson security, it has been suggested that there’s a Ryerson locker bandit on the loose, wandering the isles of the RCC basement, cutting off locks, and breaking into lockers.

Journalism student Samantha Cumerlato is one of three victims of the alleged locker thief.

“I noticed my stuff missing on Jan. 22. I went down to the basement to grab something from my locker and realized someone else’s lock was on it. I went up to the journalism office to see what was going on, turns out the girl who had put her lock on my locker had found it totally empty a week or so before, which means my stuff went missing some time during winter break,” she said.

Cumerlato said the journalism office was extremely helpful, but there was not much security could do.

“The guard came down to the RCC basement with me. He said most of the locks down there were useless and could be broken quite easily. He also told me I shouldn’t leave anything valuable in the lockers at school because there [are] no guarantees,” she said.

“We haven’t really had this happen before and it’s scary because you’re taking a locker out, you’re putting a lock on it and you think that no one’s going to get in there, but after this happened, now we can’t guarantee anyone’s stuff is safe anymore,” she said.

Another victim of the locker mischief is journalism student Victoria Shariati who was sharing a locker with a group of students. She said nothing was stolen but the locker was left in a mess.

“We did have a lock on it. When I saw it, there was no lock and our things looked like they had been rummaged through. It was kind of a mess in there. If there’s not already cameras down there, there should be,” said Shariati.

Campus security spokesperson Tanya Poppleton told the Ryersonian she will be reviewing all information and sharing information with the Toronto Police Service, if needed. To prevent any more locker break-ins, “we increase patrols, and we would utilize security system measures to assist in monitoring the area. There are cameras and they are visible to the community,” said Poppleton.

INTRO to The Celebration of Inclusivity in Fashion