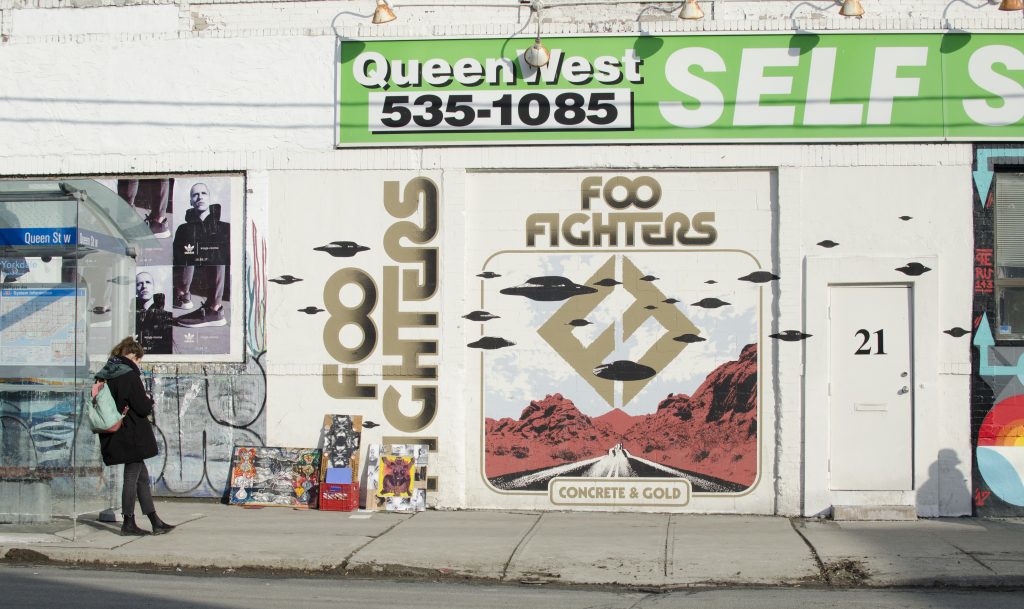 The term performance art is usually reserved for theatre or dance, but a re-emerging trend in marketing has brought that into question as businesses turn to artists to paint signs and advertisements in place of cheaper and more common options.

Hand-painted signs and advertisements have been around for thousands of years, but lost their status as the standard option in the mid-to-late 20th century when electric signs and large format printing lowered the cost of advertisements and signs. The practice remained as a niche area in marketing, but has begun to resurface as a modern marketing tool.

Graffiti artist Paul Lindahl created Colossal Media alongside Pat Elasik and Adrian Moeller, co-founders of the magazine Mass Appeal, in 2004. Colossal has become one of the biggest names in the hand-painted outdoor advertising world. The company has been at the centre of the trend that exploded in Brooklyn and across the United States, but companies like MuralForm and the Traditional Sign Painting Company offer hand-painted advertisement services in Toronto, alongside local artists.

Despite the advertisements being a departure from the digital world, a large factor in the success of the trend comes from social media. Colossal Media tracks impressions online and in person to record the success of advertising campaigns.

“It’s harder and harder to get any organic content in front of a viewer,” says Natalie Kunstadter, a senior marketing manager at Colossal. “[In] a campaign like any of the ones that are on our website where people really engage with the artwork and share it with their own network of followers, we turn each of those people into a mini influencer so it gets the message to many more people.”

But even with the connection to social media, these campaigns aren’t just designed for Millennials.

“When we started, it was really hard to convince higher-end brands that this was a medium that would work for them,” Kunstadter says, “so we were only working with video games and alcohol brands that wanted to reach that younger demographic.”

She says work like large-scale portraiture and fine jewelry reproductions have helped show a variety of brands what hand-painted ads can do. Since then, Colossal has worked with high-end brands such as Gucci and Dior. Part of the success of the advertisement campaigns comes from the human element of art made by hand.

“The act of people painting a mural is such a spectacle that people can’t help but stop and look and take photos, even if they’re not going to share them on social,” Kunstadter says. “And then beyond that, when you walk by some of these ads on the street, you can tell it’s hand-painted and there’s a real tangible aspect to it. It’s got a soul.”

That kind of soul is something we’re craving, says Ryerson Professor Joanne McNeish, an expert in marketing and resilient technologies. Just like the rise in vinyl records, film cameras, and other analog technologies, painted advertisements fulfill a sense of authenticity that most ads don’t.

“It works with any generational cohort, whether you’re talking about Millennials, Gen X, Baby Boomers,” says McNeish. “Everyone is suffering from a lack of realness, tangibility, and customization.”

McNeish says she attributes part of the lack of realness to the instant gratification services like Netflix, which offer content you can access at any time. When someone is confronted with hand-painted advertisements, she says the uncertainty of whether they’ll see it again brings them to stop, capture it and engage with a curiosity that doesn’t arise from a printed advertisement.

Toronto artist Christiano De Araujo says he agrees that hand-painted advertisements affect the audience in a very different way than a printed sign.

“I do see people passing by and watching me paint the mural. They stop, they look, they are amazed,” he says. “In that moment when they are looking, the advertisement is working their mind versus someone sticking a banner on the wall.”

But he says the benefit of better reaching audiences is coupled with the benefit to the local artists.

“The thing is we need it,” says De Araujo. “Unless you’re a rich artist and you have money to do whatever you want, you need a sponsor.”

While some artists have issues with doing commercial work or being associated with a brand, De Araujo says he sees advertisements as his sponsor and doesn’t mind it. But he says one of the most important advantages of these hand-painted works is that it gives Torontonians an equitable chance to experience art.

“There’s a lot of art to be created in the city,” says De Araujo. “You don’t really need to see art by going to galleries and museums, you can still see the art just by walking your city.”

All photos by Maddie Binning. 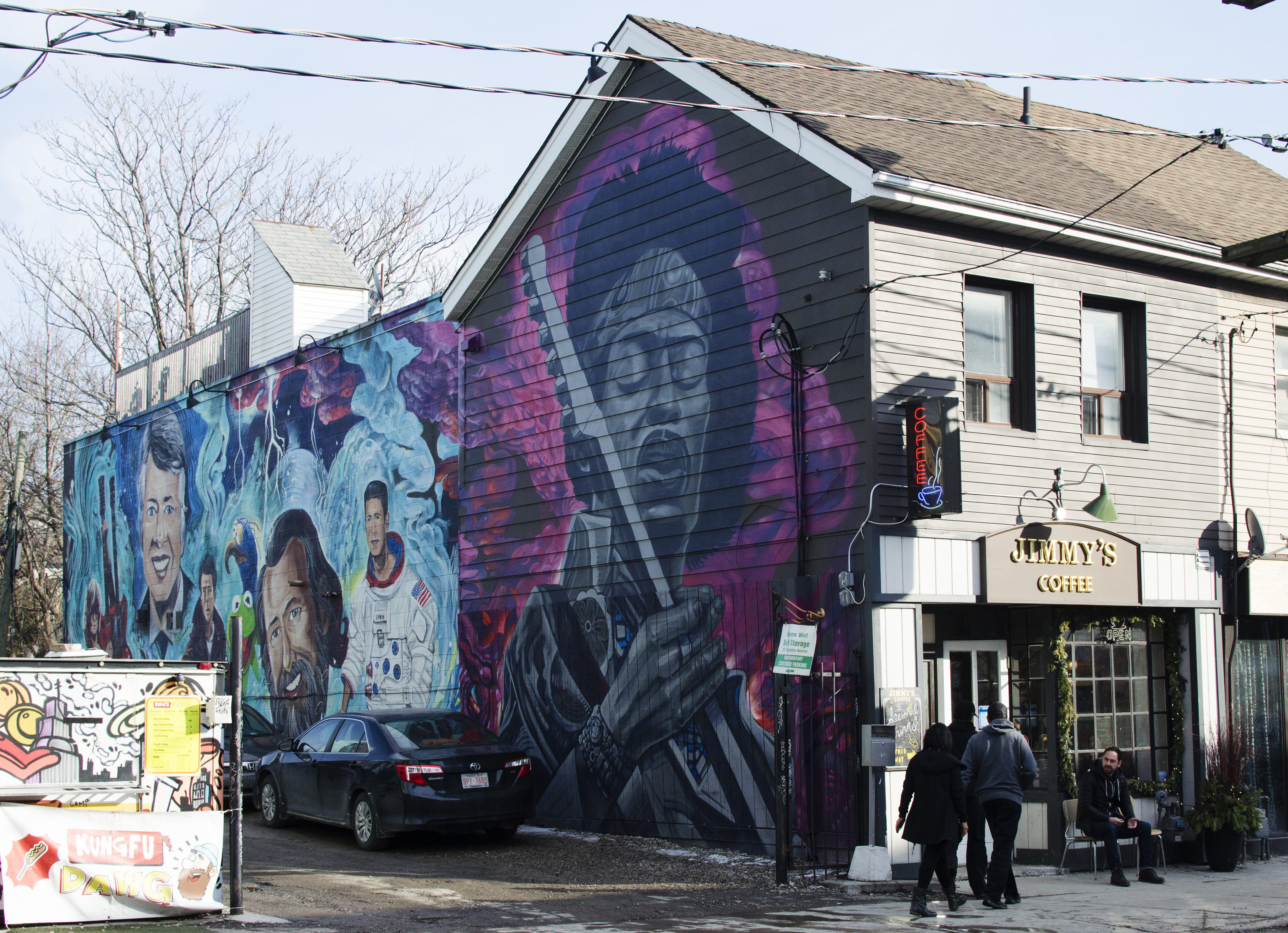 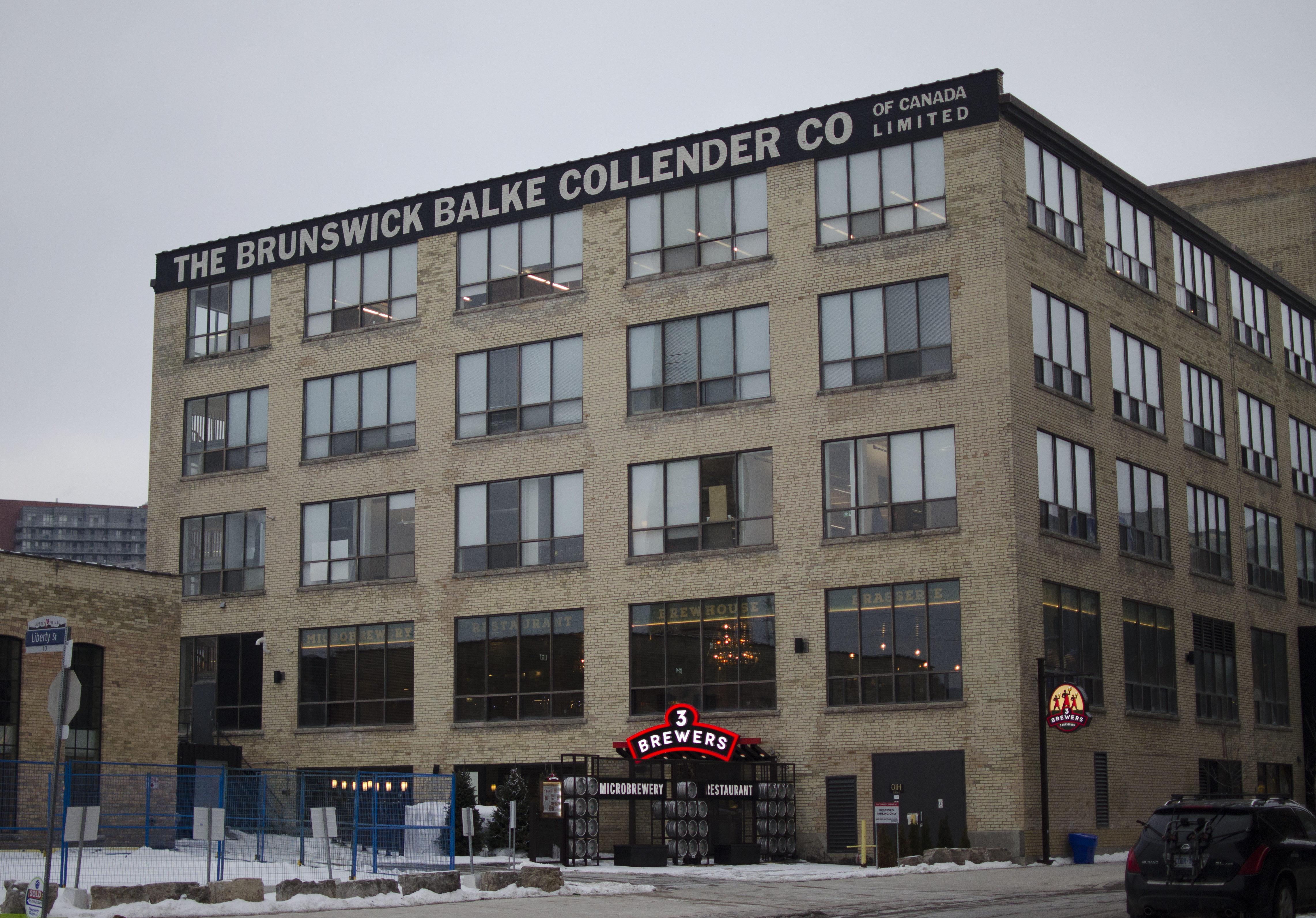 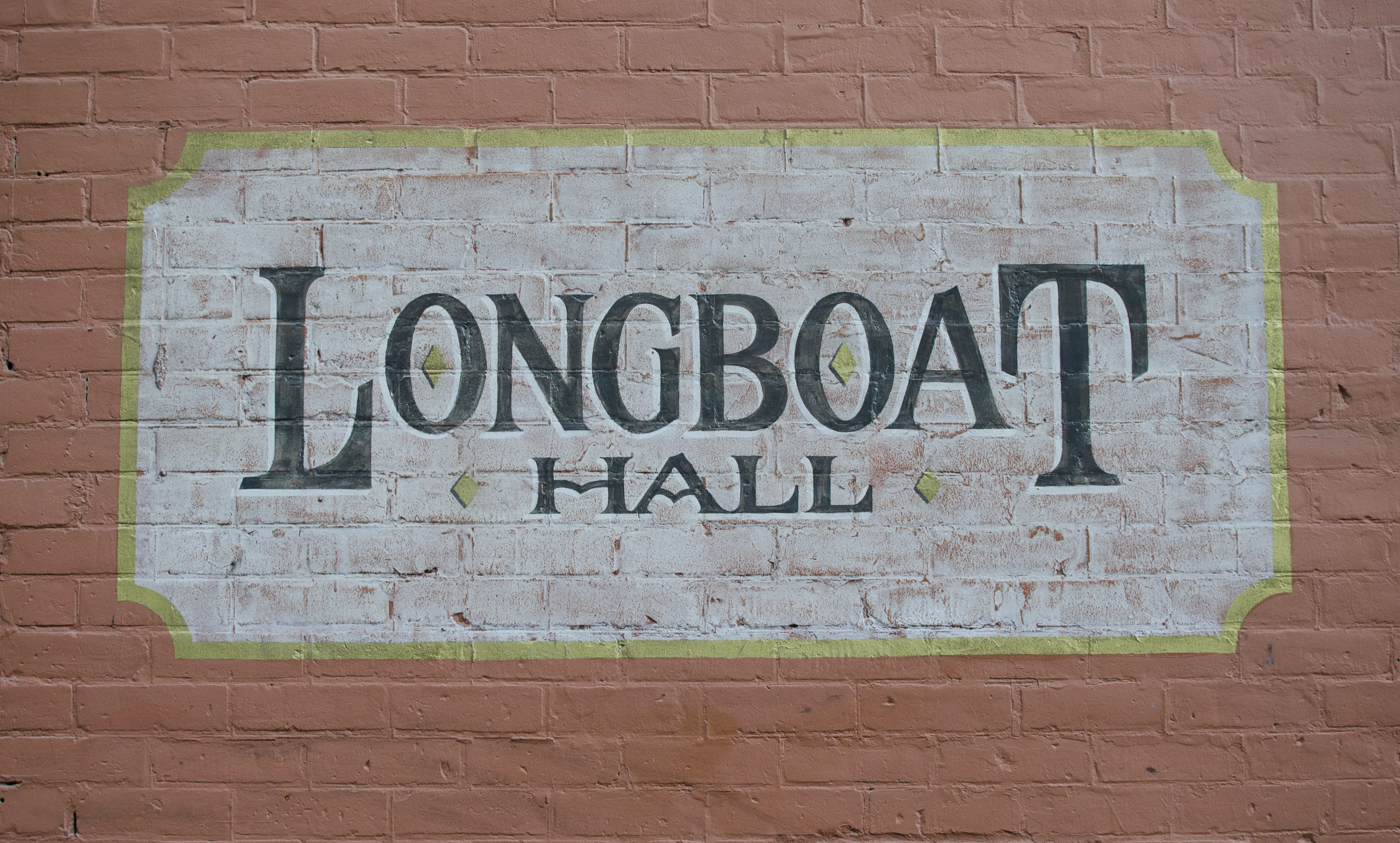 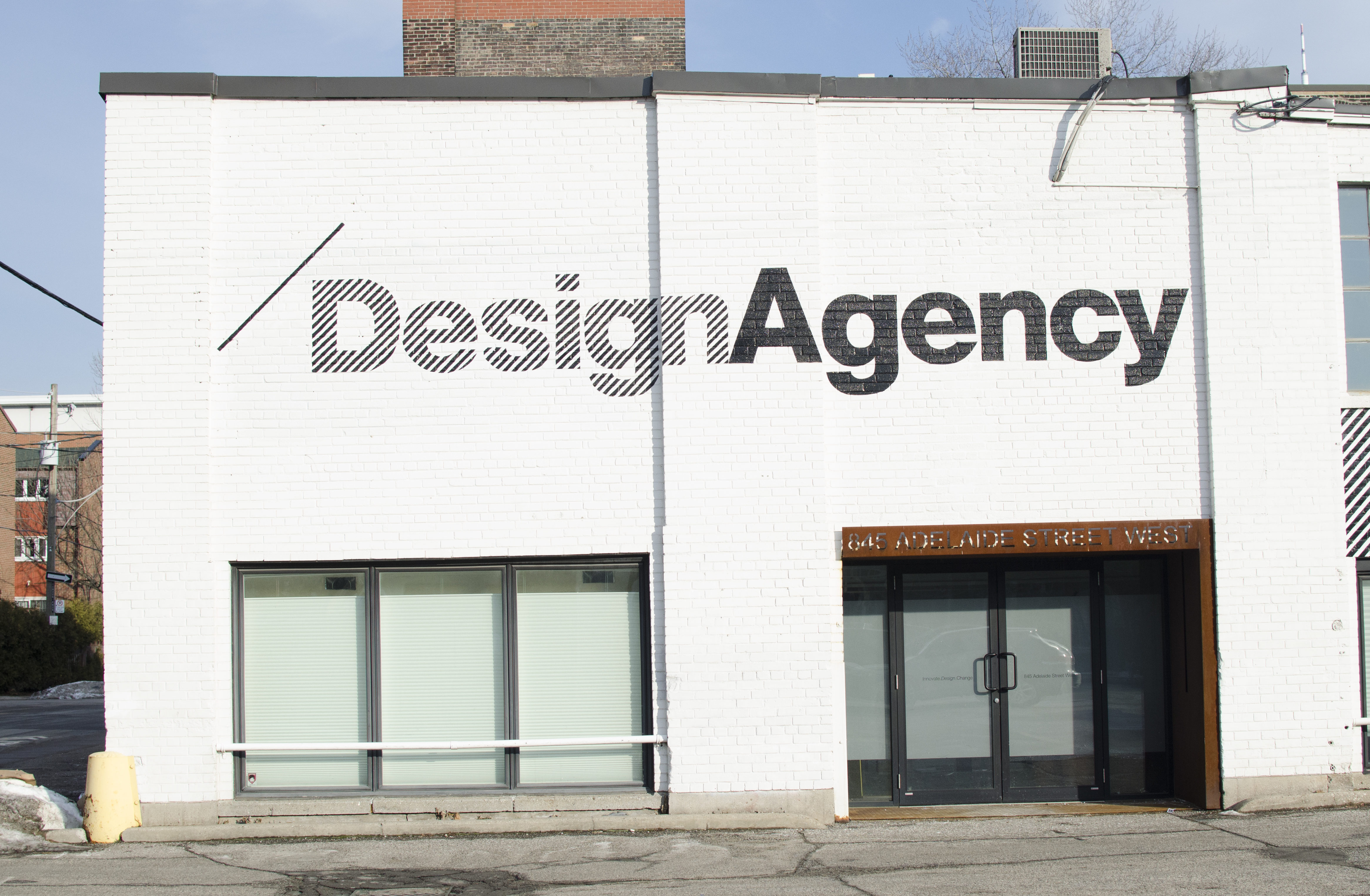 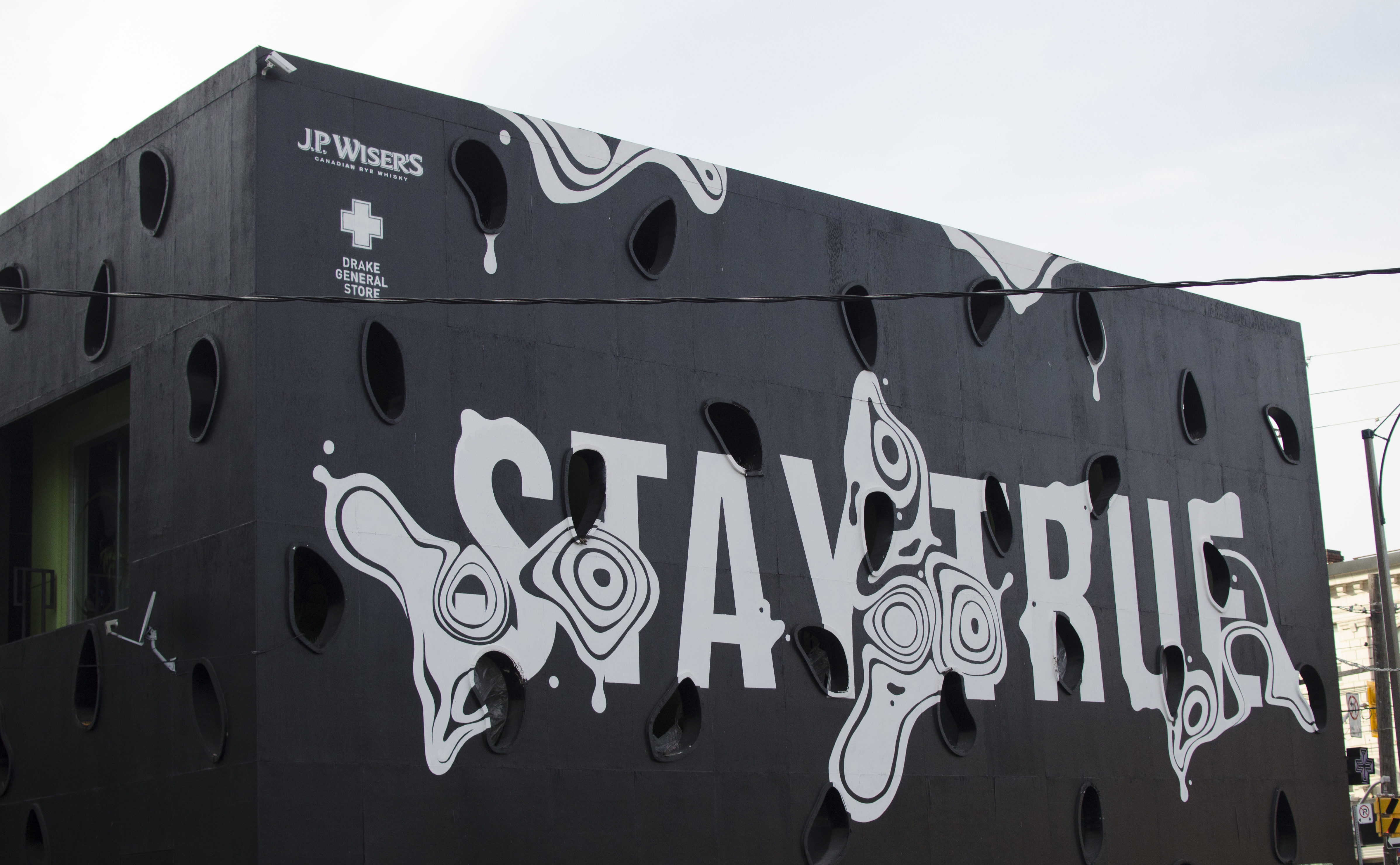 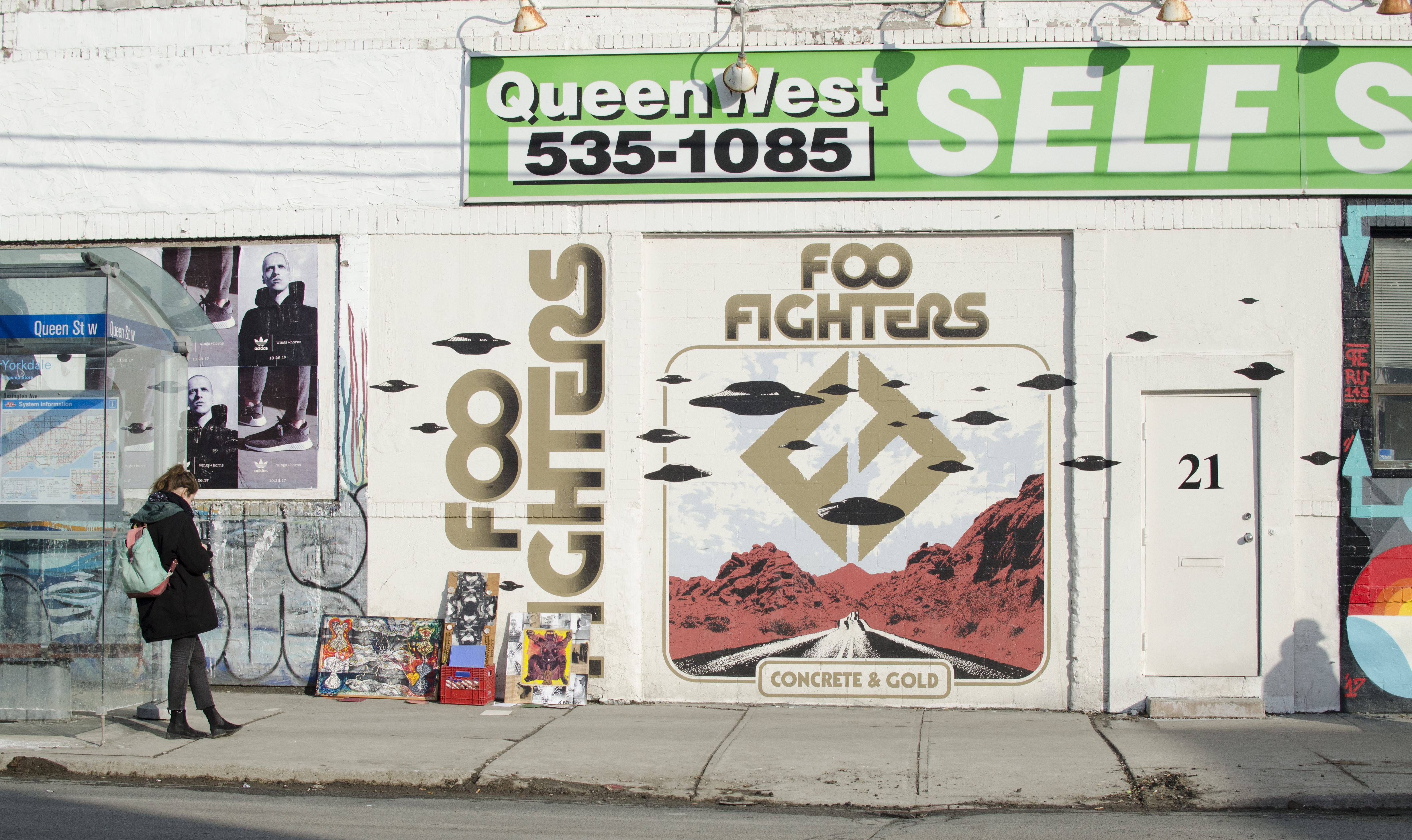 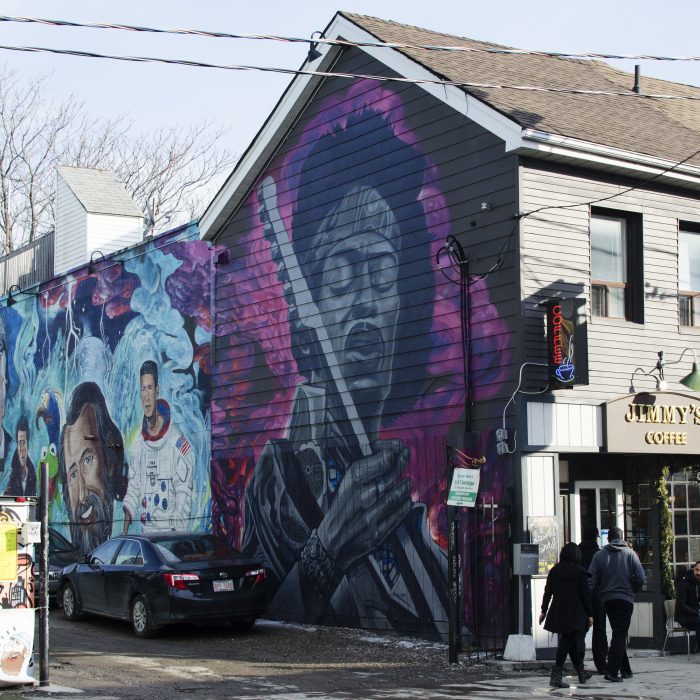 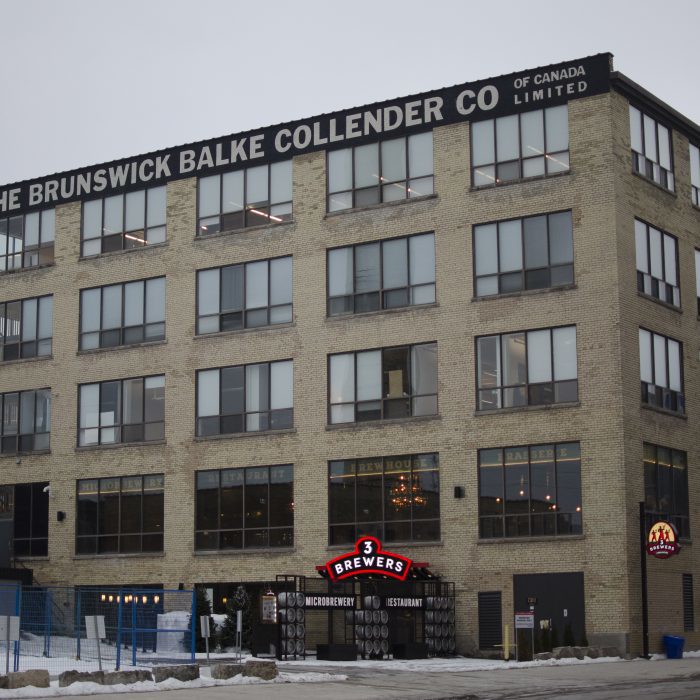 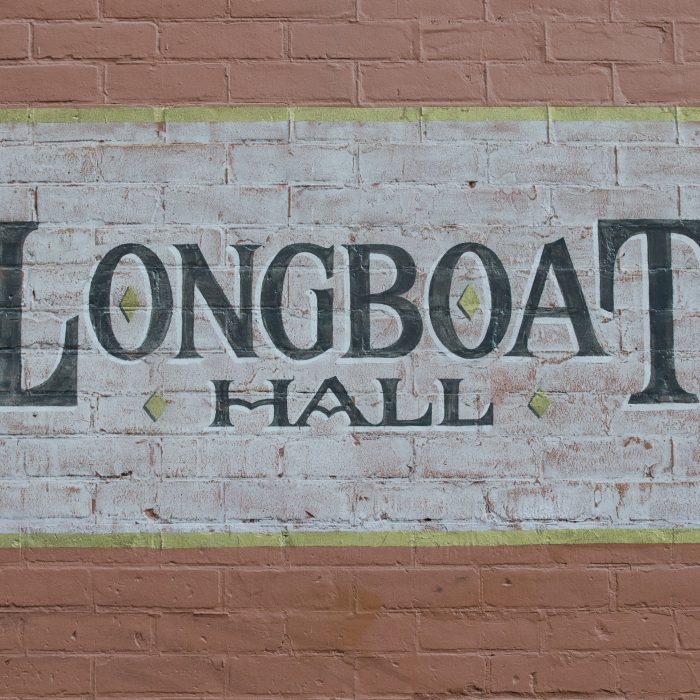 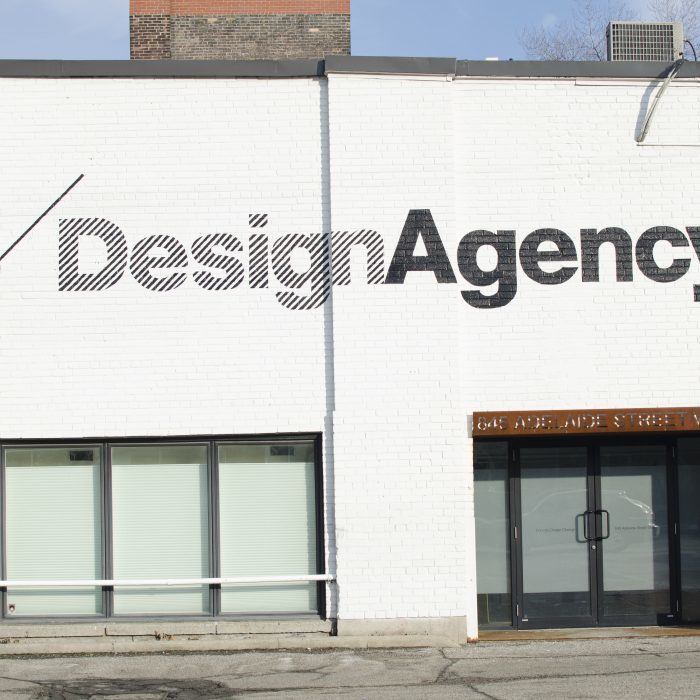 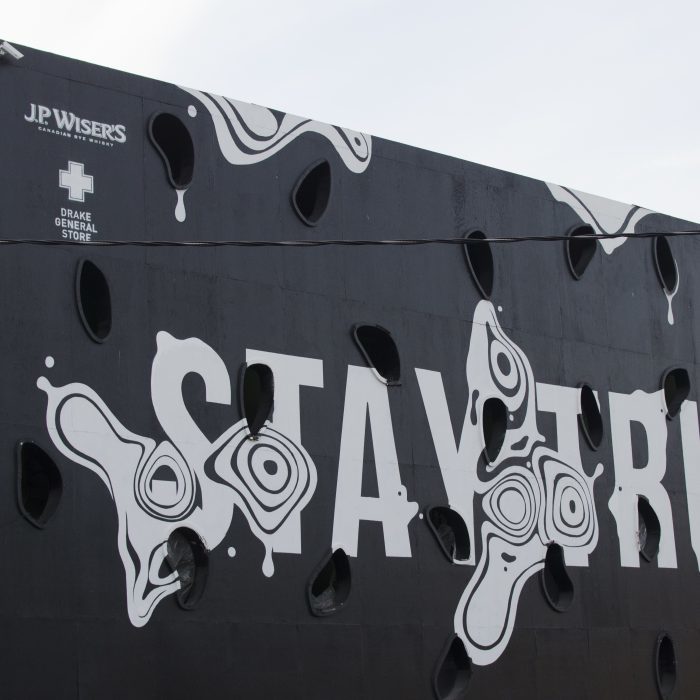 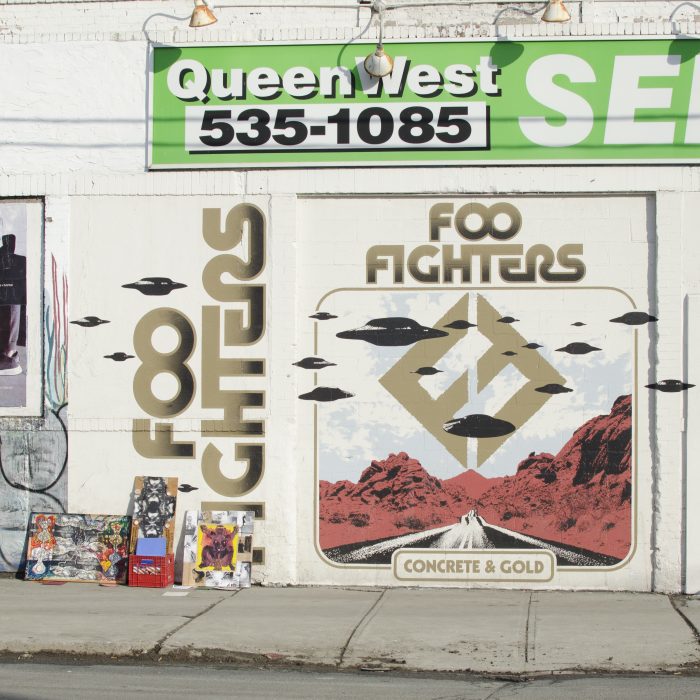