Flower and Arts and Craft: The Social-Media Side-Hustle 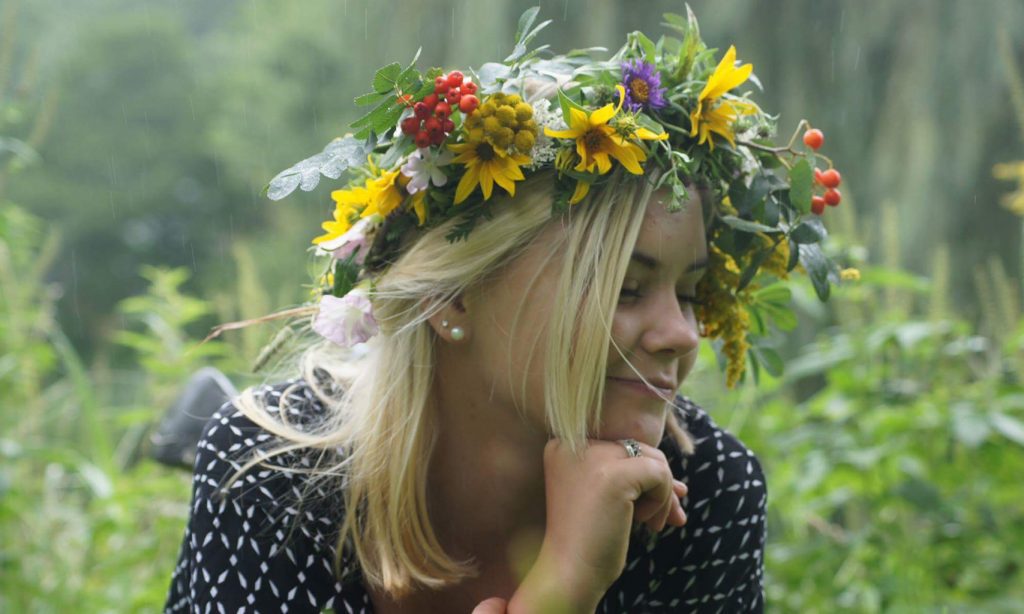 Merrike Hess poses with one of her flower crowns. Photo by Merrike Hess.

At 15 years old, the young entrepreneur had more than 1,300 people following her health and beauty clipboards on the social media platform. When the first brand reached out to her, asking to include their products on her Pinterest boards, she began to realize just how much money she could make from social media.

“I couldn’t believe that people wanted to be included in it – and they wanted to pay me,” Hess says. “But then I started putting more time and effort into my Pinterest account, and realized it was worth monetizing.”

Through Pinterest alone, she managed to make enough money to pay for a whole year of tuition. That was her first step into the lucrative online world of arts and crafts. It was after the Pinterest fame that Hess decided to start her own blog and shop, entitled The Little Sea.

Merike means “The Little Sea” in Estonian, which is where Hess is from. Estonian culture is also a big part of her brand.

“It kind of embodies who I am,” she says. “I’m really small and I love the ocean, so it kind of encompasses everything about me. My sisters also have ocean-related names, so it’s pretty close to my heart.”

Hess even has flower tattoos on her arms alongside the dates of her sisters’ birth years – a peony and a sunflower to represent her sisters and a daisy for herself. 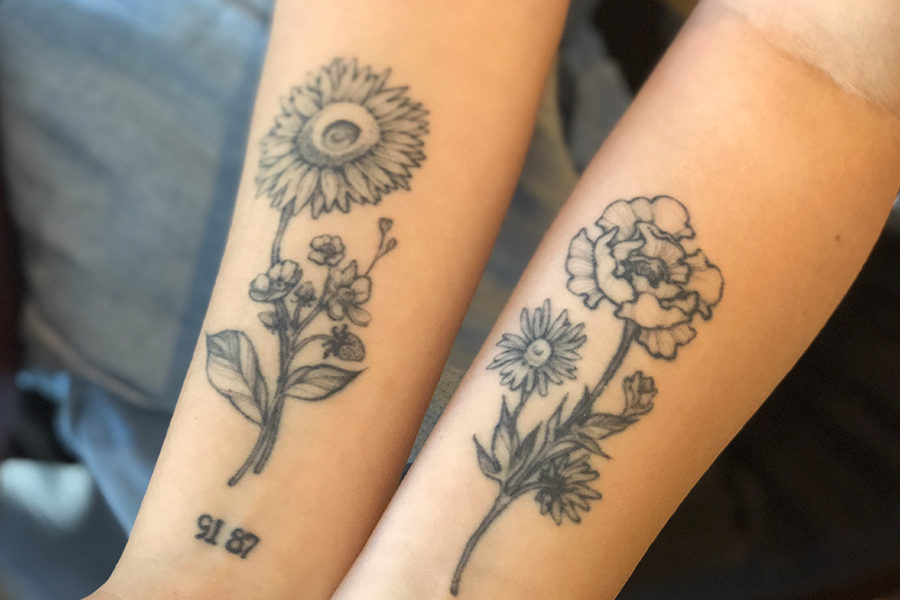 The flowers on Hess’s arms represent each of one her sisters, alongside their birth years. Photo by Nida Omar

Hess’s family background was also what got her into the art of making flower crowns. In Estonian culture, flowers are a big part of traditional folk costumes. Ever since she can remember, her aunt used to make her fresh flower crowns for her birthday. She made her first flower crown when she was nine years old and she’s never looked back.

“It’s just something I do all the time. Sometimes I’ll make them and just end up giving them to (random people on the street),” says Hess.

Flowers are just one part of Hess’s social media brand. She does everything from designing logos to creating cards and yarn accessories to organizing flower crown-making workshops.

She got her first big break, however, at Society 86, a website for artists to upload their designs, prints and photography. The platform allows artists to overlay their design onto any item – whether that’s a pillow, clock or backpack – and people can buy those items.

“I started off with  [Society 86] because they basically make the actual product for you and handle all of the manufacturing and then you get a cut for your art,” says Hess. She’s managed to sell quite a few clocks and pillows with her artwork. “It’s cool to know that my artwork and my items [are] in someone’s house – that someone connected with something I drew,” she adds..

Her latest endeavour, however, involves creating her own shop on Etsy, an e-commerce website that focuses on handmade items.

But being a young, independent entrepreneur can be difficult sometimes, particularly when it comes to pricing items, says Hess. She finds that often people don’t realize how much time and effort goes into making a product. 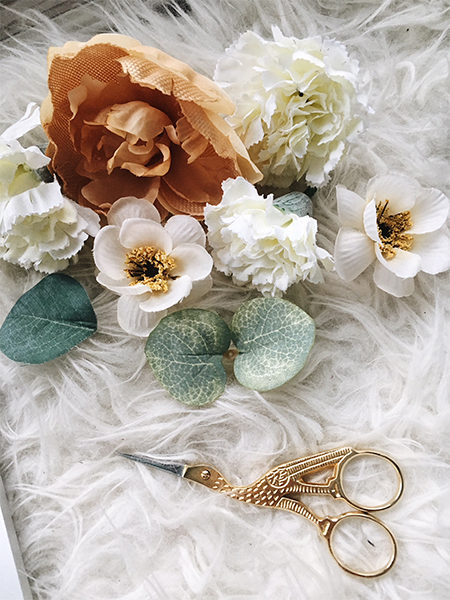 A shot of Hess’s flower crowns. Photo by Merrike Hess.

When it comes to flower crowns, she can usually get those done in a span of minutes if they’re fresh flowers. Fake flowers take a little more time and precision, but it’s never taken Hess more than an hour to make one. When it comes to knitting, however, it can sometimes take up to 10  hours to knit one hat.

“It’s the same thing with design. Whenever I try to sell a logo, people aren’t willing to pay the price it costs based on my time. It’s really hard to sell yourself without sounding full of it,” says Hess.

Recently Hess got the opportunity to sell her products at the Student Leaning Centre’s  Shop the SLC market event that took place this past  November. The event gave Ryerson students with businesses a place to showcase and sell their products. Hess managed to secure a booth there to sell her wares – everything from Christmas cards to flower crowns.

“It was a happy day because a bunch of people stopped by to ask about it. A lot of people showed interest in my flower crowns, which was really great,” says Hess.