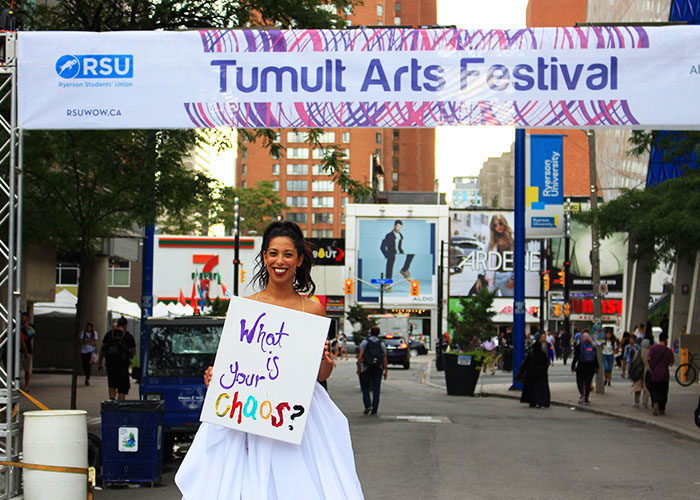 Brodie Metcalfe, the RSU event co-ordinator, created the event because he wanted “a collaborative, multidisciplinary art festival.” There was live painting, live music and interactive installations. Scroll through for a look at the event. 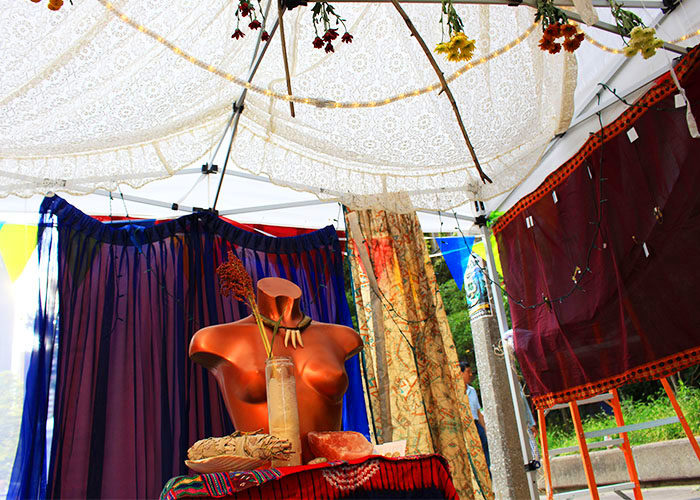 Inside the Tumult Temple created by Wildmoon Collective. (Kelsey Adams)

Asia Clarke and the Wildmoon Collective created a temple that reflects our tumultuous times. The Tumult Temple used draped ripped fabric, dripping candles and burning incense to create the space. 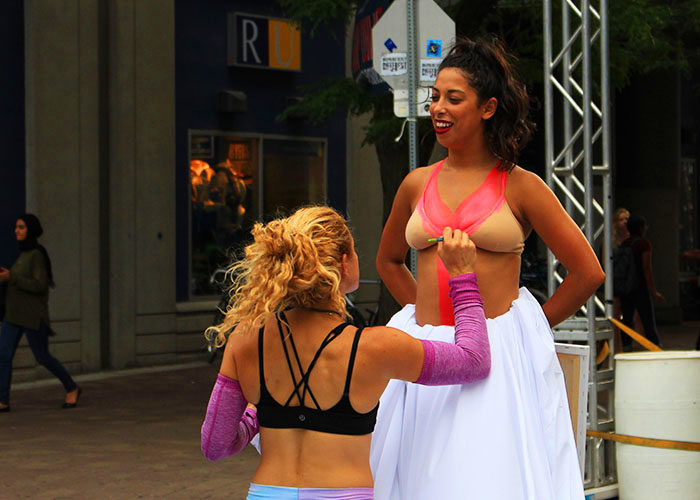 In the centre of it all, pop artist JessGo did a live painting of dancer Natalie Dee. The artist brought her work to the street and created a dress on Dee and painted her body in fluorescent colours. They had a drummer to draw in an audience and add some fanfare to the performance. “Music is everything. We can’t do it alone,” JessGo said. 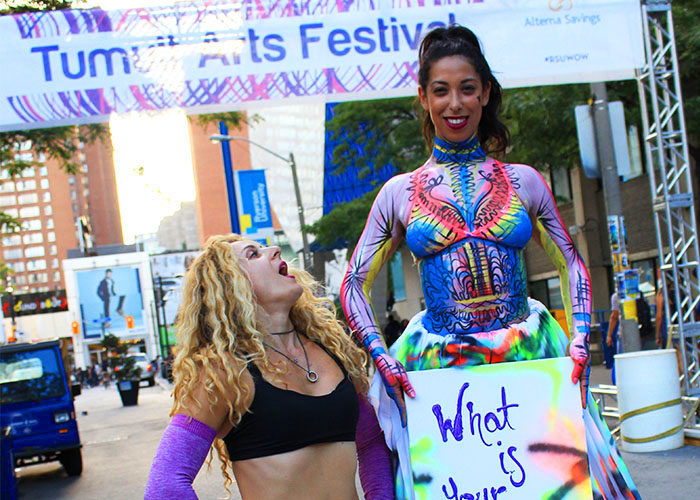 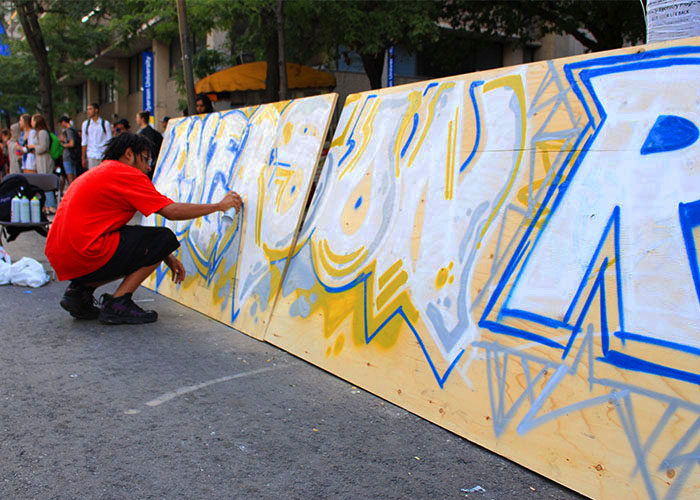 Gene One creates the outline for his graffiti installation. (Kelsey Adams)

Gene One is a well-known artist within Toronto’s graffiti scene and he brought his expertise with an installation that allowed Ryerson students to dabble in basic graffiti skills. He used sugar cane paint that is less toxic and created an outline that he let students fill in. “Two freshman girls came up to me and tried it out and told me that they want to get into graf [graffiti] now.” 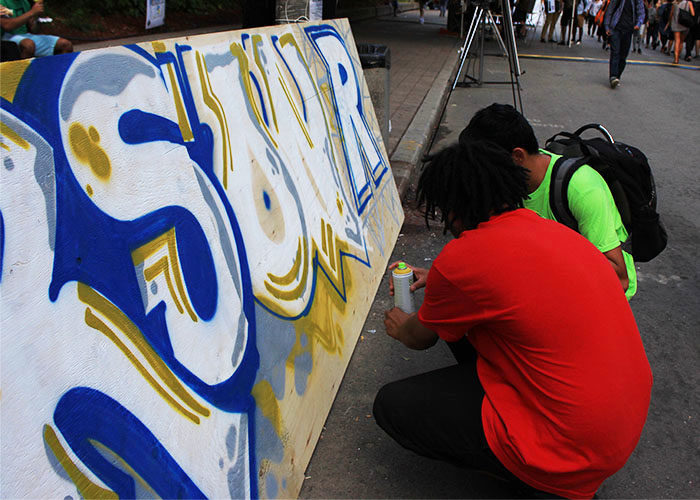 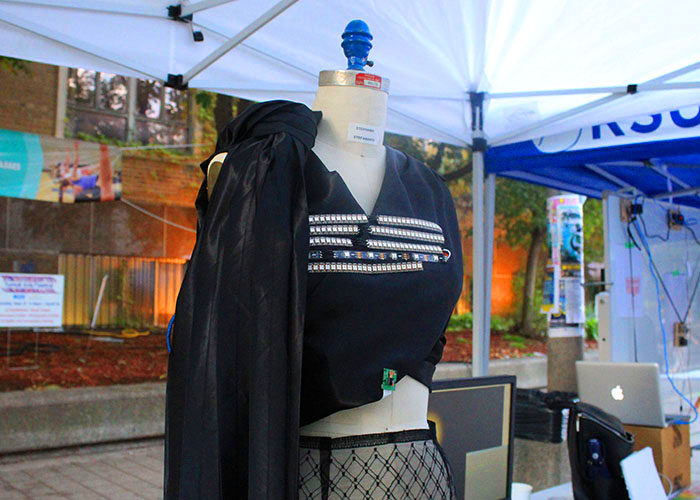 Stefania Stefanakou and Holly Chang both work at the Digital Media Experience Lab on campus and used their tech savvy to bring technology to the arts festival. Stefanakou, a graduate of Ryerson’s Fashion Communication program, created a dress using wearable technology and coding that created a light display by mimicking a person’s movements. 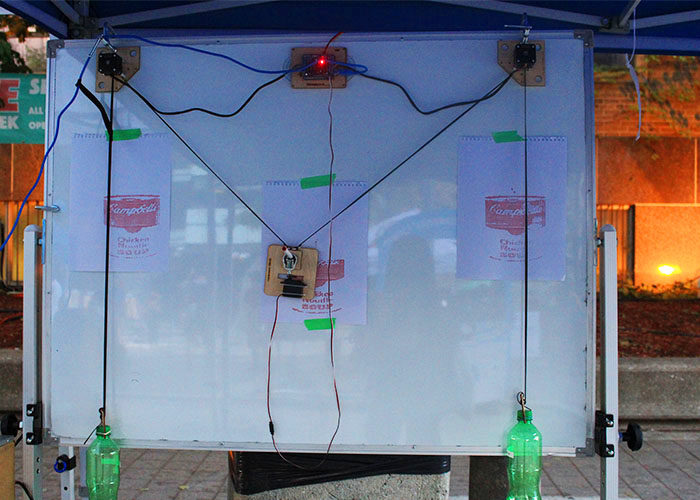 Chang, a third year Creative Industries student, created a drawbot – a robot that would take a photograph and reimagine it by drawing it out. She took photos of students and the drawbot created portraits. 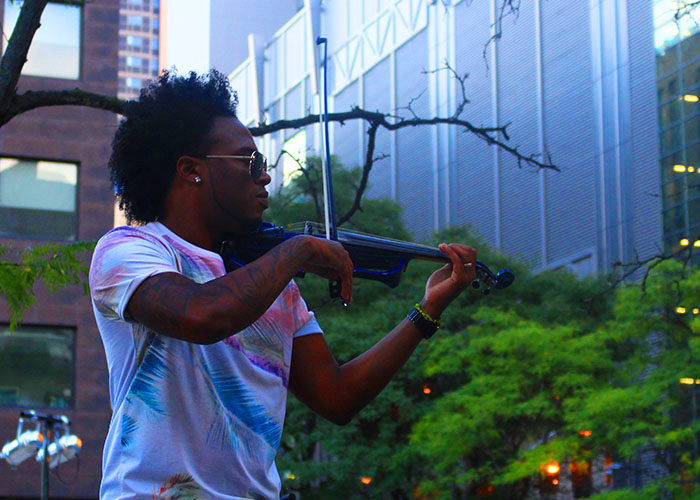 Hip-hop violinist Yosvani Castañeda brought his eclectic revamp of classical music to the stage during the Art Battle. 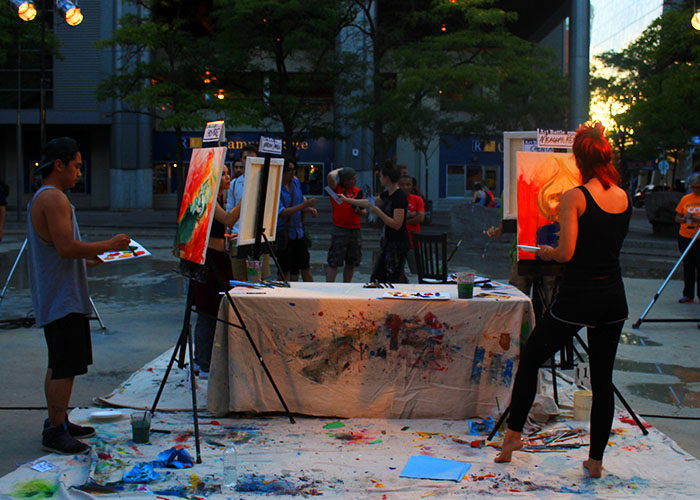 The night culminated with a painting competition hosted by Art Battle Toronto at Lake Devo. They held three rounds and all artists were given 20 minutes to create their masterpieces. 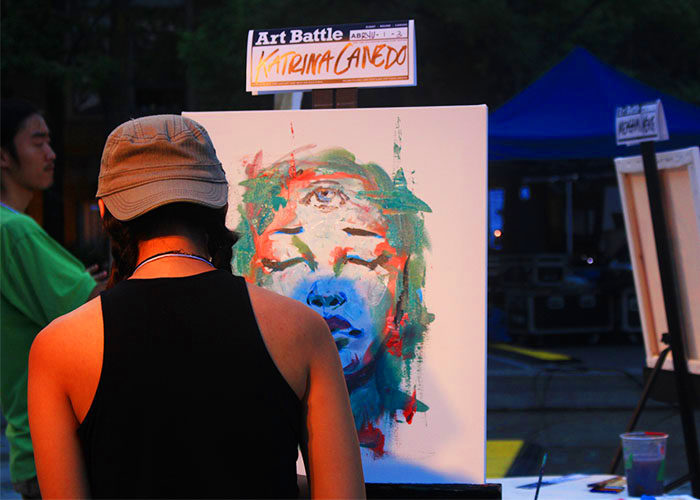 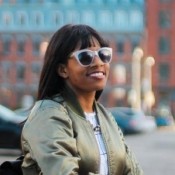