From holograms to liquid nitrogen ice cream, there’s plenty of opportunities to explore the creative side of science during Science Literacy Week.

Ryerson’s Science Outreach Office is hosting a series of interactive events between Sept. 19 and Sept. 22. The outreach office intends to engage students from all faculties and programs in science literacy through science-based activities and challenges.

Here are the top events to look out for this week:

1. Make your own hologram

Turn your smartphone into a 3D hologram! There is lots to discover at the SLC until 3pm! #Scilit16 #Scienceinthe6ix pic.twitter.com/0YDiVq3uqv

Join the Medical Physics Course Union on Monday in the lobby of the SLC to create your very own hologram using nothing but your smartphone and a plastic pyramid.

Using a holographic video duplicated four times around the screen, a 3D hologram will hover inside the pyramid.

“About 100 years ago they used to have giant theatres and they had glass mirrors to make optical illusions to make ghosts, almost,” said Olukunle-Ojo. “The special thing about this one is you can have light reflecting like a pyramid on the four walls. It’s one video being shaped four times around the square.”

When you pour hot water on liquid nitrogen, it essentially creates a cloud.

“The cool thing about it is it looks like it’s going to make a whole mess but it makes no mess because liquid nitrogen just evaporates instantly,” said Reeda Mahmood, student liaison and promotions officer for the Science Outreach Office, and Science Literacy Week organizer. “There’s going to be a huge cloud and then all of a sudden – there will be nothing.”

Aside from looking really cool and existing inside a cloud, the science behind liquid nitrogen promotes the principle of state change and watching something evaporate almost instantly. Get ready to be engulfed in a cloud in the SLC.

3. View the sun through a telescope

It’s the sun! Check out the solar observatory in the East Quad to see the sun under a telescope #scilit16 pic.twitter.com/nuIrq9mDX3

You might be able to look at the sun without blinding yourself. The Royal Astronomical Society of Canada is partnering with Ryerson’s Science Literacy Week by bringing particular telescopes that allow the human eye to actually see flares on the sun.

“So normally you can’t look at the sun directly or else it will damage your eyes, but you can with special telescopes and you can actually see sunspots,” said Mahmood.

4. Experience the science of the senses

Wednesday, Sept. 21 in the SLC lobby

Experiment with activities that’ll get all of your senses working, as part of the biology section of Science Literacy Week. ‘How old are your ears,’ ‘Eye see what you did there,’ ‘Now you see me…,’ ‘Nosetelgia,’ and ‘I got this feeling.’ These events will be happening throughout the day on Wednesday, Sept. 21 in the SLC lobby.

Throughout the day on Thursday, Sept. 22 in the SLC lobby

Test your luck on video games created by Ryerson students, try walking through virtual reality and hang out with robots. These events – put on by the Computer Science Course Union, Gamemakers Union and the department of computer science will be hosted in the lobby of the SLC.

Throughout the day on Wednesday, Sept. 21 in the SLC lobby

Who knew you could make art with bacteria? On Sept. 14 science students painted bacteria onto plates, which will be presented after the bacteria has developed, one week later, on Sept. 21 as part of Science Literacy Week.

“Those bacteria plates will be on display after the bacteria has grown, so you’ll actually be able to see artwork made using bacteria so it’ll be coloured and everything,” said Nathan Battersby, student liaison and promotions officer for the Science Outreach Office and Ryerson Science Literacy Week organizer.

Throughout the day on Friday, Sept. 22 in the SLC lobby

Not too icy, not too watery – ice cream consistency has a lot to do with chemistry. Have a taste of ice cream made using liquid nitrogen, courtesy of the Chemistry Course Union.

8. Check out the Women in Science displays

Throughout the week on various floors of the SLC

Throughout the week, check out displays about different women scientists on various floors of the SLC. The Undergraduate Women in Science group at Ryerson is showcasing prominent women in the field. 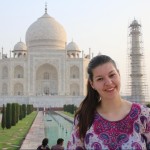