86 per cent stressed? There’s an app for that 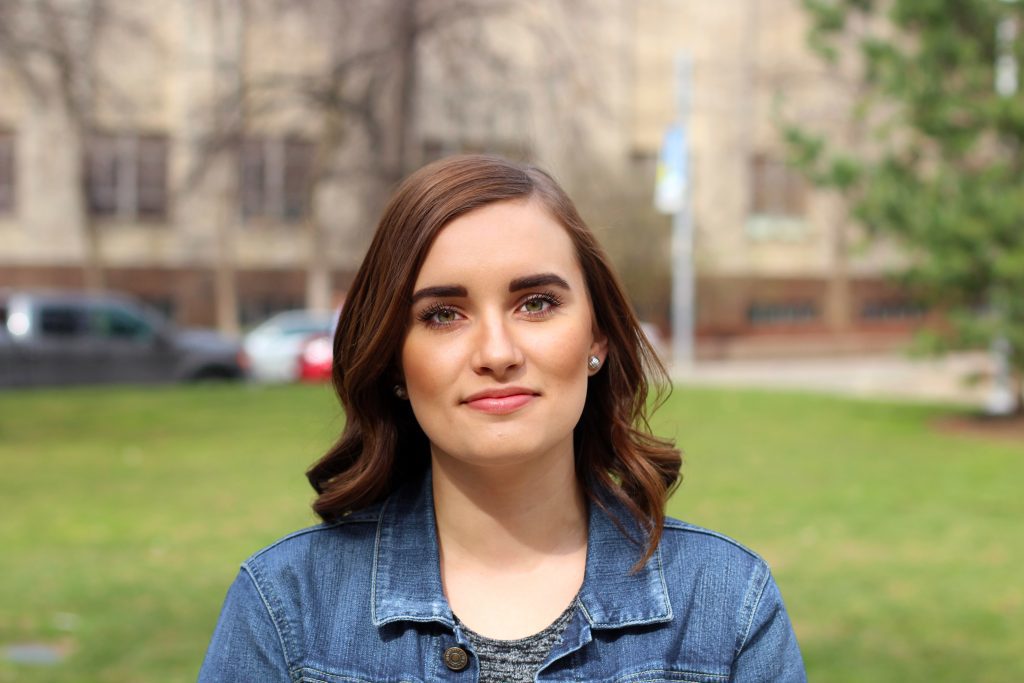 I’m the kind of person who worries about everything. From school to work to even my friend’s problems, I worry. I get stressed out over the littlest of things and I stay up most nights worrying about things I have no control over. I get it from my mom — she’s the same way. But things have gotten considerably worse over my four years in university.

But instead of seeking professional help, I’ve been working on helping myself. I stopped treating my body like a host for the aftermath of house parties every weekend, and started to take care of it.

A little over a week ago, I attended the Women and Wearables event hosted by We Are Wearables and Electric Runway. The goal of the event was to raise awareness and elicit action on the need for diversity in the wearable technology industry. But there were also a lot of cool tech products on display that were either made by women or built with women in mind.

Through a Twitter competition, I ended up winning a prize. It was one of the tech products – a Bellabeat Leaf fitness tracker. The Leaf tracks my daily activity, sleep cycles and stress levels. It also encourages regular meditation sessions, all in a stylish compact bracelet that works with an app on my phone. 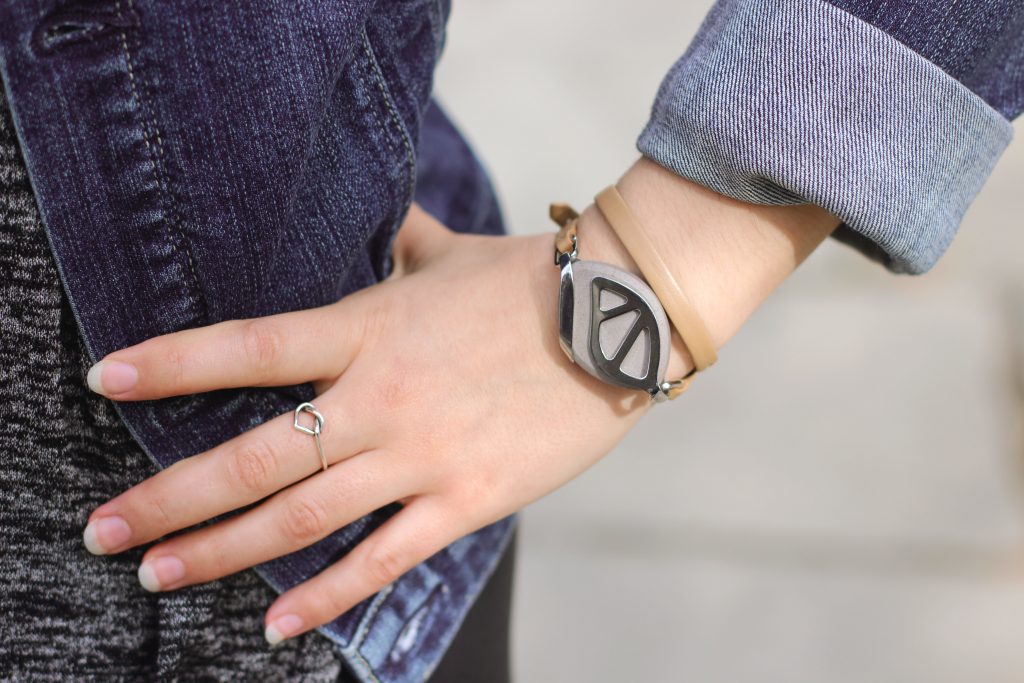 In order to combat my anxiety during my time at university, I’ve focused on my body’s health. I used to be an athlete and I still try to do some form of physical activity a couple times a week and eat healthy foods, but I’m by no means a self-proclaimed fitness guru. To me, taking care of my health also means enjoying the occasional night in drinking wine, stuffing my face with pizza and binge-watching Netflix.

Staying active, getting a restful sleep and eating healthy all help to take care of the body. But to be truly healthy, the mind has to be nurtured as well – something a lot of people forget, myself included. I was staying active and eating well, thinking this would solve my anxiety, when I actually needed to go to the source of the problem – my mind.

When I first put on the Leaf, the app alerted me that I was 86 per cent stressed out; a number so high that I actually got stressed about how stressed I was. Working in a newsroom, stress is part of the job – deadlines, chasing sources, long hours hunched over a computer. But when those big, bold letters flashed on my app, I knew I had to get serious about doing more than just taking care of my body.

Later that evening, I tried my first guided meditation session with the Leaf. I thought it would be silly to sit cross-legged in a dark room for 10 minutes, envisioning myself on some beach, just breathing. How was doing a few minutes of meditation going to reduce my stress? Pushing aside my skepticism, I closed my eyes and focused on breathing. I imagined myself sitting on that beach, watching the sun fall into the calm, blue ocean. I felt the light breeze on my skin and the warm sand under my toes. I was instantly relaxed – and my Leaf could tell, notifying me that my stress level had dropped to 42 per cent. 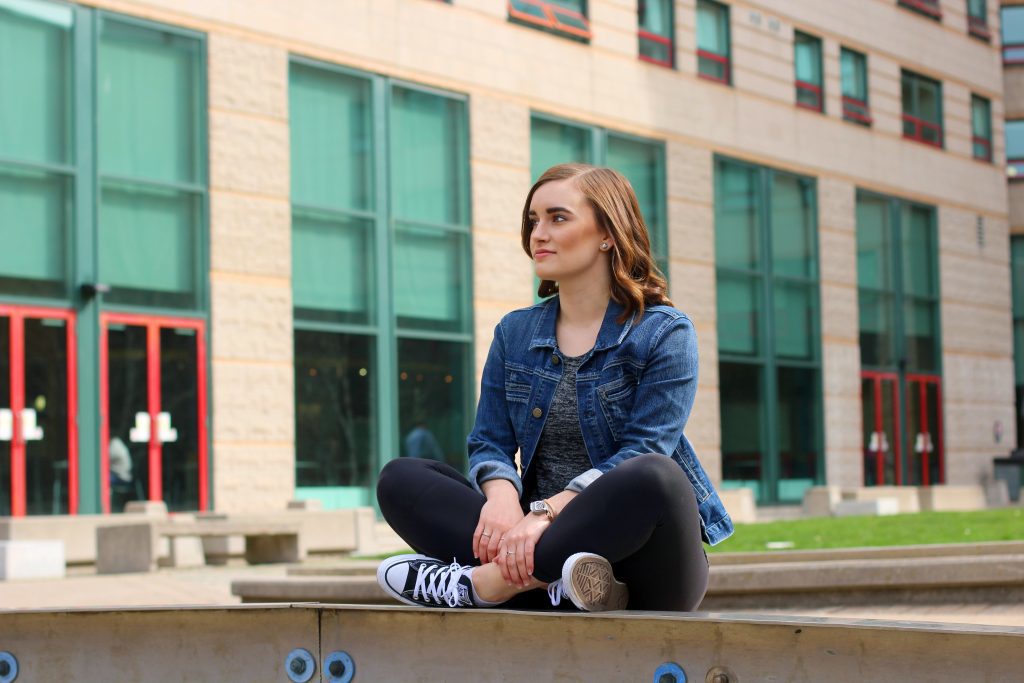 Brooklyn Neustaeter first thought meditation would be silly, but it eventually gave her a sense of ease. (Christopher Blanchette/Ryersonian Staff)

I couldn’t believe it. Not only had my mind stopped racing and my stress seemed under control, but I also felt an overall sense of ease. I was actually relaxed – a feeling I hadn’t felt in a long time. Along with reducing stress, meditation has many other benefits, including improved concentration and self-awareness, along with an increase in overall well-being. It all seems kind of hokey, but for me, it worked. The Leaf’s guided meditations have served as a process of better understanding my anxiety.

People who don’t have anxiety always tell people with anxiety that it’s just mind over matter, but that’s not the case. Sometimes my mind isn’t strong enough to cope with the stress.

I’ve learned that what you focus on can dictate your mood. But there’s no shame in needing external guidance.

I now feel like I control my anxiety – not the other way around. 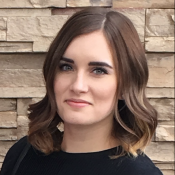 Kendall Jenner and her flat can of Pepsi

Editorial Cartoon: Ready to be a real adult?