Dustin Reid wants his coaching legacy defined by his ability to support his student-athletes.

The 2017-18 season for the Ryerson Rams women’s volleyball team was a historic campaign.  Last year appeared to be a smooth operation from the outside. The program produced Ryerson’s 2018 female athlete of the year, Theanna Vernon, and had a least one Ram in the Ontario University Athletics (OUA) top five for kills, digs, blocks, and assists per set. Additionally the program won the school’s first national championship and U Sports named Reid coach of the year.

Reid said it was anything but smooth sailing though. He felt that he had “a ton of failures” as a coach by not being as approachable and not identifying moments when players needed extra support.

“There were players on the team last year that I let down,” he said. “In focusing on certain things, I missed other things. Wasn’t there for them, didn’t pick up the signs that they needed the right kind of support, that they needed a chance to reflect and talk about things that were going on.”

While he wasn’t comfortable providing any specific examples, Reid said it would be easy for players to feel resentful of him if he didn’t help them understand what he wants them to work on, and how to be better athletes. He said he hopes his actions will speak louder than his words this time around to ensure his players feel comfortable to talk to him about anything.

“I’m a tall guy and a competitive person; sometimes people can be intimidated by that, and I don’t want that to be the case,” he said. “But telling them that they shouldn’t hesitate to come speak to me isn’t going to make them come speak to me.  More than a message, it’s something that I want to do better as a coach. It’s through my behaviour to offer the support that they need.”

Despite being critical of himself, Reid’s efforts are felt by fourth-year libero, Demetra Maragos. She said that Reid has helped her tactically and appreciates the care he and the coaching staff have on the team’s growth as players and people.

“He’s very meticulous in telling you how to do certain things, which makes all the difference,” Maragos told the Ryersonian. “I’d say my growth as a player is all due to Dustin and all the excellent coaching staff that we have, because they care so much about us as individuals.”

The Rams will need all the support they can get as they are now the target of the OUA entering the 2018-19 regular season, beginning on Oct. 24 against Brock.

Newly appointed assistant coach, Adam Simac, said last season’s national title is something the Rams can use as a reminder for the amount of work, selflessness and support it takes to succeed.

“(The banner) lets everyone realize that it can be done, but it requires a mammoth sacrifice on everyone’s part to make sure something like this can happen,” said Simac. “There’s only one team every year that’s lucky enough to learn that lesson, but as long as we build on it, good things can happen.”

Trying to replicate the success of last season will be no easy task, but the Rams feel ready to take on the challenge. Maragos said trying to reuse the same tactics of handling adversity from last season will help the current iteration of the Rams.

“Just because we lose one set or lose a match does not mean we’re not going to make the playoffs (or) a championship team,” she said. “It’s about using those losses to our advantage and dissecting them to understand where we went wrong and how we can better ourselves.”

It sure will be a tough act to follow, but the Rams are hoping to have a sequel as good as the original. However, the man spearheading the team knows triumph is measured far beyond the team’s accolades. 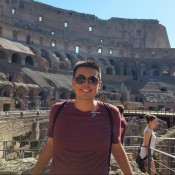 How much do you know about recreational cannabis?