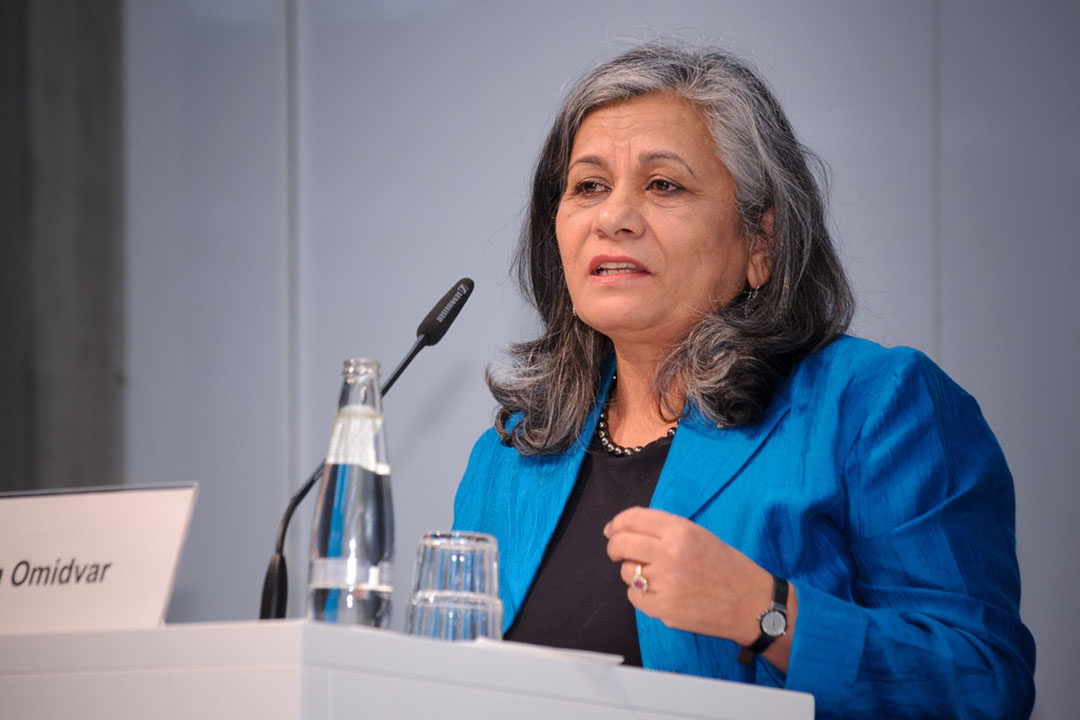 Ratna Omidvar got her first glimpse into the lives of new Canadians shortly after immigrating to the country as a refugee from Iran. Like many newcomers, she had very little. She remembers days when she wondered if things would get better.

That was over 30 years ago. Today, Omidvar is an internationally recognized speaker and expert on migration and diversity. She’s also an adjunct professor at Ryerson and executive director of the Global Diversity Exchange at the Ted Rogers School of Management.

Omidvar was among seven Canadians appointed to the Senate by Prime Minister Justin Trudeau on March 18. She was appointed as an independent senator from Ontario.

“It’s obviously a huge shock when the prime minister calls you,” she said. “I was a little stunned in silence.”

Omidvar was on holiday in Ottawa with her grandchildren when she got the call.

Omidvar, 66, was born in the northern Indian town of Amritsar, not far from the Pakistan border.

She received her undergraduate degree from the University of Delhi.

Despite her experience, it took her several years to find her footing in the Canadian job market that is not accommodating to foreign qualifications.

When she first came to Canada, she was told to change her name because it was “too foreign.”

She almost considered it, but knew she couldn’t betray herself and her roots.

A teacher by trade, she also decided to begin work with the organization Skills for Change because, she said, “nobody in their right mind (wants to) learn German from an Indian who came to Canada as a refugee from Iran.”

Today, Omidvar is working to ensure new Canadians have an easier time in the country.

She is the chair of Lifeline Syria, an organization that helps Torontonians privately sponsor Syrian refugees.

She was also appointed to the Order of Ontario in 2005 and the Order of Canada in 2011. Both recognized her devotion to fighting inequality in Canada.

Omidvar is co-author of the book, Flight and Freedom: Stories of Escape to Canada.

As senator, Omidvar hopes to bring an immigrant and not-for-profit lens to her policy and decision making. She said that she will focus on issues that she hasn’t been able to address in the past, such as environmental, aboriginal and climate change issues.

“It’s a great validation to my worry … but it’s very scary. There are new colleagues, new processes,” Omidvar said. “But I’m always someone who likes change.”

In a few years time, Omidvar said that she wants to be a part of several Senate committees and contribute to reports that bring about policy change in a significant way.

“I’m an optimist,” she said. “I’m optimistic about Canada.”