A march for all women?

At the Toronto Women’s March on Jan.21, there was an abundance of “pussy” signs. While the march down Queen’s Park was a success – drawing in over 60,000 people to march for gender equality — the event has been criticized for its predominant female genitalia and white-centric signage.

Many lauded the wit and creativity of the visuals, plenty of which included vulvas and vaginas. These signs reflect a wider, cisnormative assumption that one’s sex equates one’s gender — that having a vagina is essential to womanhood. As well, vagina signage often reflects the plight of white feminism because it ignores many other issues that are hurting women, including racism and homophobia.

The woman who came dressed as a walking vagina was a big fave at #WMNYC pic.twitter.com/x98uSmCUWR

When the tape was released in October 2016 of President Donald Trump saying that he felt entitled to grab women by the “pussy” because he’s famous, social media exploded with feminist reactions that turned Trump’s comments into counter protests including slogans like “pussy power,” “Viva la Vulva” and “#pussygrabsback.” The pink knitted “pussy hats” were also an iconic element for the march. The pink represented being unapologetically female and the kitty ears reclaimed the derogatory word.
Hana Shafi, a Ryerson alumna and freelance writer, took to Twitter to voice this ciscentric criticism right away when she attended the march in Toronto.

In an interview, Shafi says we need to stop using gender essentialism, the belief that gender stereotypes are inherent and natural qualities in men and women, as a crutch to define and uplift us.

Please stop equating womanhood with vaginas. There are trans folks marching who you are alienating with your language.

“We don’t need to have a pussy hat or all that stuff because it doesn’t strike a chord with a lot of people who are most vulnerable to violence — and those people need the representation the most,” says Shafi.

Although the protest did involve a fight for reproductive freedoms and solidarity to protect America’s Planned Parenthood from having its funding cut, Shafi says that reproductive rights stand for much more than a right to a safe abortion. Parenthood and motherhood also fall under the umbrella of reproductive justice.

She adds that many people who don’t identify as women who have uteruses also need access to a safe abortion.

Freelance writer and previous Ryerson student, Meghan Forbes, chose not to attend the march. She says she feared that there would be counter protesters at the event who would be “staunchly right winged and staunchly, I would imagine, anti-Trans.”

Forbes says if people find parading genitalia-focused signs personally empowering, then they should go for it. However, she says there is a line between making a powerful gesture and catering an entire movement around it.

Forbes says that we live in a genital-focused society and that it might seem natural for many cis women to emphasize their genitalia as a point of pride and distinction from men. However cis women often become the symbol of these marches because they’re the most visible, Forbes says.

“You can’t be a beacon for everyone all the time, but you shouldn’t exclude people, especially in feminist issues. The power of feminism is its inclusiveness,” Forbes says.

Shafi, too, says she believes feminism must be intersectional and that the march failed to represent not only Trans women but women of colour. 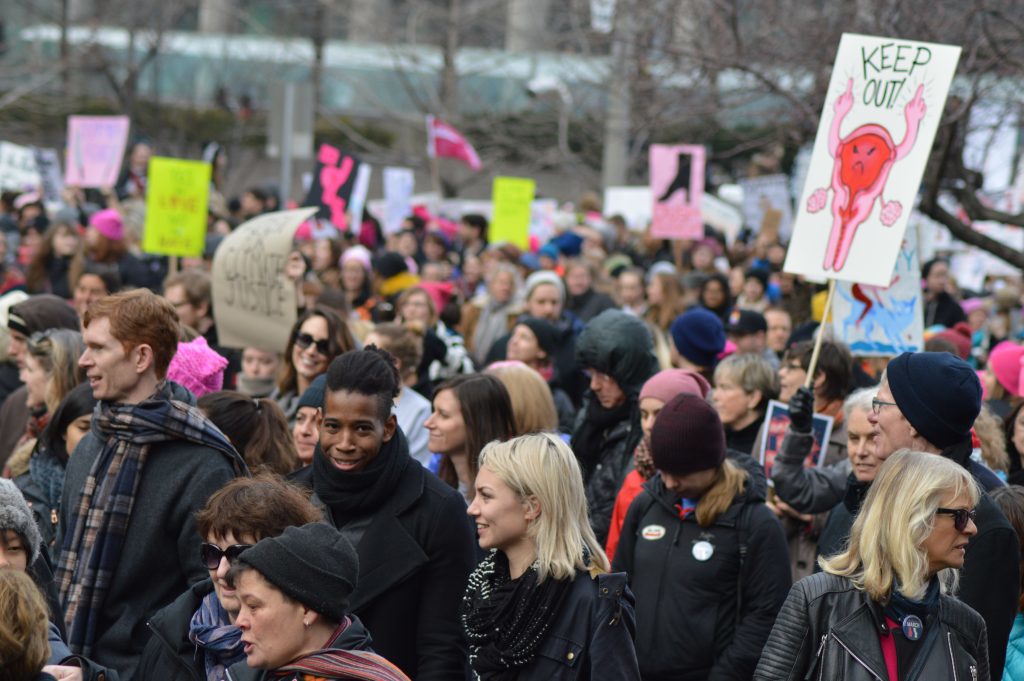 “I think that it was a very white women thing to just have all this ‘vagina vagina,’ because a lot of cis women of colour still don’t really relate to this because they do not feel oppressed and targeted and subject to institutional violence entirely because of their vagina…It’s not just a matter of ‘don’t control my pussy’, but a much more multi-layered and complicated issue,” Shafi says.

Even though some of the pussy puns were clever and came from good sentiment, she says that when they become a visual majority, the simple slogans made the event seem like a joke and failed to come across as a radical need for change.

“If you’re able to be a little more light-hearted it also speaks to your privilege,” Shafi says. “There’s a lot of people who are legitimately really scared their resources are going to be taken away and have experienced a spike in hate crimes… women in hijabs are nervous to just be visible.”

Forbes says that the march was a great demonstration, but her main hope is that everyone who attended the march doesn’t stay home in the future and never participates in an active protest again. She also recommends people to talk to trans people and educate themselves.

Shafi hopes there are more planned marches in the future and suggests that people adjust their language and make sure they don’t amplify their concerns as a greater problem affecting all women.

The next Toronto women’s march will be on the weekend of International Women’s Day, on March 11.

For additional video coverage, please click the photo below. 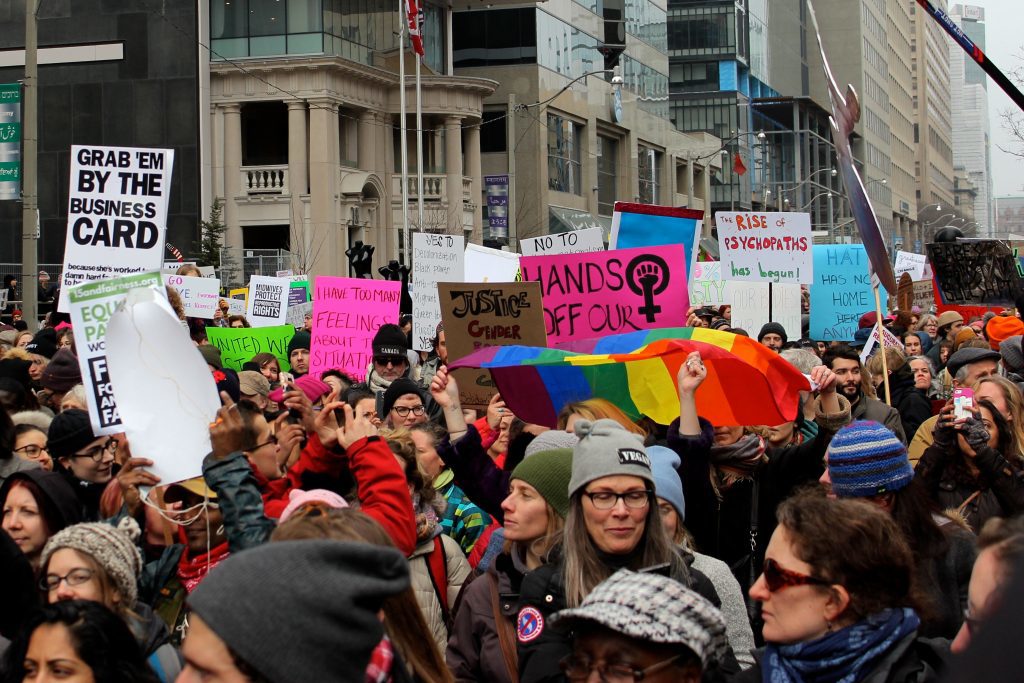