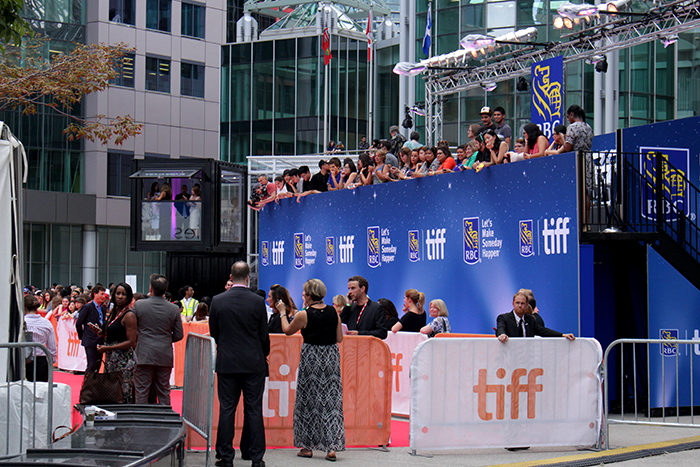 The red carpet outside of Roy Thompson Hall. (Ruby Wray)

I can almost touch the stars.

Forget binge-watching Netflix. As a film buff, the Toronto International Film Festival is the ultimate individual experience. TIFF pulls me in with the allure of lavish parties, red carpet affairs and A-list celebrities. It reminds me how a film was created, who dreamt it up and who acted it out — it makes everything live in 3D.

September is a festival-goer’s dream, as throngs of fans anxiously await a chance to gaze at movie stars shining on the red carpet.

The real action happens the first weekend of TIFF. The opening party TOMxTIFF — a blend of Toronto Men’s Fashion Week and Hollywood at the gorgeous One King West Hotel & Residence — was a glamorous start to the festival. 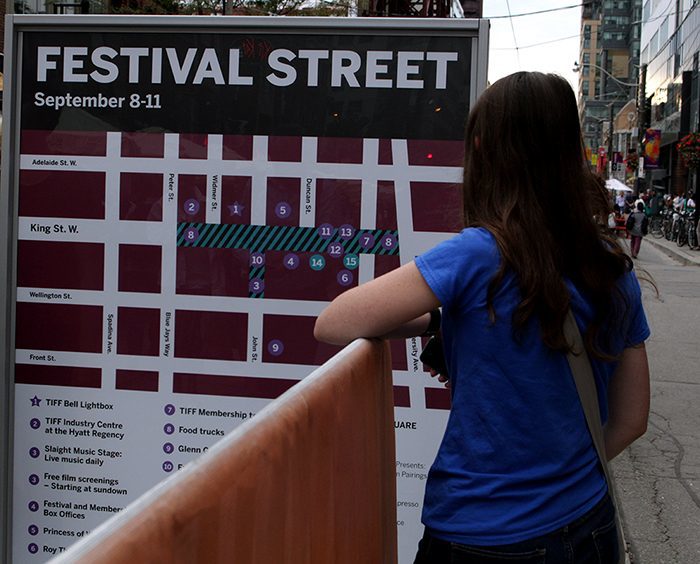 I walked in with my fellow writer and we both stared in awe at the plethora of beautiful men. Was I dreaming? I’m pretty sure I’ve dreamt of a fabulous party full of well-dressed handsome men, but it was better than I could have imagined. TIFF is one of those rare times in Toronto when all the most beautiful people come out to play.

I remember going to my first TIFF gala when I was 16, dressed in a tweed pocket mini-dress with gold platform slingbacks. I was running late to meet my mother at Roy Thomson Hall. I was ushered into the premiere of Penelope, a fairytale film about a princess with a pig snout, starring Christina Ricci. It was a fantastic film and all the talent was there afterwards doing interviews in the tent outside. Since Wednesday Addams was my childhood role model, seeing the actress who played her all grown up and on the red carpet felt like a transformative moment for me.

Since working the festival over the last six years, I get the opportunity to take in the odd film or two, but I can say I have worked nearly 100 red carpets. Last year, I finally saw Johnny Depp, and in previous festivals chatted with Nicole Kidman, and her husband Keith Urban. I even embarrassed myself in front of Matt Damon while wearing a Lindt Chocolatier outfit my very first year at TIFF. 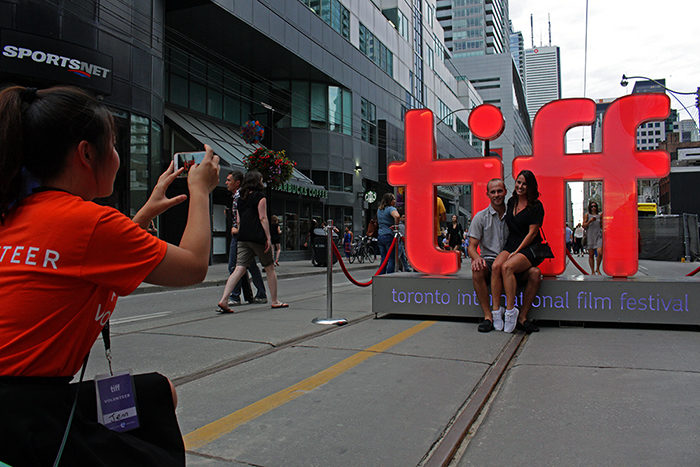 New to the festival this year, TIFF has revamped its ticket system with the option of paperless tickets, print-at-home tickets and the original paper ticket. Ushers now scan every ticket going into the theatre. The new security tactics like sniffer dogs and bag checks are a precaution, but reassuring considering recent global security threats.

When I visited festival street, the main hub on King Street between University Avenue and Peter Street, I was caught up in the crowd trying to get a glimpse of someone famous. Shuffling through a tunnel of body heat in 30 C weather for nearly 15 minutes was trying, and reserved for hardcore fans. Needless to say, the city is abuzz with the excitement of Hollywood.

Even in my sixth year working at TIFF, the limelight never dulls and I relish in wonder when I sit in the red theatre seat enveloped in the cinematic masterpiece played out before my eyes.