A silent battle: Participating in class is a struggle for students with social anxiety 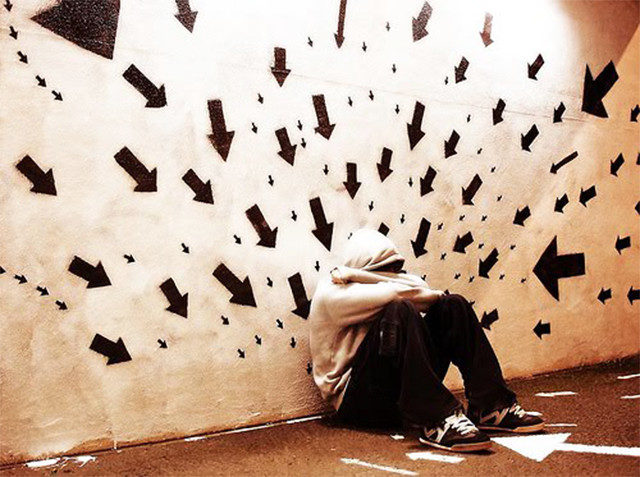 One of the biggest fears of social anxiety is being judged by others. (Courtesy bluehero.org)

You’re sitting in class, and the teacher poses a question.

You’ve done the readings and you know you have the correct answer. As you see some eager hands shoot up, you try to raise your hand too, yet something stops you. You hear students blurt out the right answers, you listen to them engage in a lively discussion, and while you would like to participate in the conversation, it seems physically impossible.

That’s the struggle many students face across campuses on a daily basis. They have social anxiety disorder and while some are aware of the cause of their fears, many never receive a diagnosis.

But at the academic level, silence is definitely not golden. Participation marks sometimes account for as much as 20 per cent of the overall grade.

The result? Many students say they’re walking away with poorer grades — some are even failing.

Social anxiety disorder is the third largest mental health problem in the world today, according to U.S. epidemiological studies cited by the Social Anxiety Association. According to the association, the latest government data reveals that social anxiety affects around seven per cent of the population; the chances of that developing into a disorder stands at 13 per cent.

Social anxiety disorder is described as an excessive and unreasonable fear in social situations.  For students, the symptoms frequently manifest in the classroom. Worries typically include anxiousness about speaking up out of fear of looking bad. Often, students fear humiliation at the risk of saying something that may be perceived by peers as stupid. If left untreated, many go on to suffer with distress and panic attacks.

Lee Emery graduated from Mohawk College this year with a diploma in architectural technology. Emery says he failed a building code class twice due to a poor grade he received for participation — which accounted for 20 per cent of his grade.

“I feel like if I’m wrong then everyone in the room will see me as an idiot, or as if I’m going to be reprimanded for being incorrect. It just totally immobilizes me,” says Emery.

And not all students are sympathetic to the plight of Emery and others like him.

In a Reddit thread posted by a Ryerson student suffering with social anxiety, many fellow peers said they simply weren’t buying social anxiety as an excuse.

“They all have to deal with it. It’s not fair to everyone that you just get a pass on a part of a course that everyone else has to suffer through,” says one Reddit user who goes by the name Rules_are_for_fools. He goes on to say, “So unless you have actual proof of your disorder you could be pushing smoke out of your ass, or actually have it. That’s why for exams for example you need a doctor’s note to prove you are actually sick.” 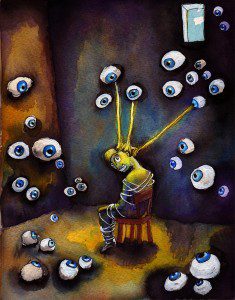 Yuval Dinary, a first-year social work student at Ryerson, says getting graded on participation depends on your studies.

“If someone is training to be a social worker, then it’s understandable that they’re evaluated on their ability to talk in group settings.”

Dinary says the classroom is training ground for real life, and that class participation marks  “aren’t necessarily unfair. The extent that you’re expected to socialize in your intended career should be the extent you’re graded for it in class.”

But Emery says he’s not against getting graded for class participation.

“I actually like class participation marks, if they’re used in a positive way,” he says. “For example if the class had been centered around discussion and (the professor) had given us a topic to think about the night before so we could form an opinion.”

Alanna Dee is a former McMaster student who also says she suffers from social anxiety.

“At the time I thought (class participation marks) were BS, but now as a teacher, I see the value of it. It forces students to read the material and come prepared to articulate their thoughts … this is when real learning can take place,” Dee says.

Alternative participation methods like e-learning forums use the Internet and multimedia to offer education, and may seem like an ideal solution to ensure equitable class participation while alleviating pressure off of students with social phobias. They have generated plenty of hype in recent years with some bigwigs like Sean Maloney, executive vice-president of Intel Corporation, hailing the forums as the next big wave in Internet applications.

But Dee says e-learning should not replace traditional learning.

“Being someone who is no stranger to severe social phobia myself … I did find it very stressful at the time and still do when talking to large groups of strangers. I personally think that logging into online forums to share ideas really takes away from the experience of being human and communicating with others in person,” she says, adding, “I hate e-learning forums.”

Ryerson students seeking exemption from participating in class discussions do require supporting documents. Academic accommodation support is provided through Student Learning Support. The centre says that support will vary on a case-by-case basis.

Students must first register by submitting a Disability Assessment Documentation Form for accommodation to be considered. The form must be filled out by a doctor, specialist, or psychiatrist. Once complete, students will be assigned to a facilitator who will assess their individual needs and tailor a support system accordingly.  This can take between two and three weeks.

However, not all students have an official diagnosis, and getting one may prove to be a challenge. According to a patient information website, you must have three features in order to be officially diagnosed with anxiety: it must not be the result of another mental health disorder, you feel anxious entirely or mostly in social situations and your symptoms include avoiding social situations. Diagnoses vary on a case-to-case basis.

The extent to which universities should accommodate students without diagnoses remains controversial. Just last year, a University of Toronto student sparked a debate about class accommodation after he said he was “too shy” to attend a class where he was the only male.

Wongene Daniel Kim says he failed the class as a result of participation marks. Kim alleged discrimination to the Human Rights Tribunal of Ontario, which ultimately dismissed his case. While it may seem like an extreme scenario, it nonetheless brings up a common concern for the many students whose struggles may not warrant an official diagnosis.

Some academic institutions are beginning to place emphasis on classroom setups, not simply students, in order to promote rather than evaluate class participation. Our neighbours to the south are working on fostering equitable class participation. According to the Inclusive Teaching Department of Washington, that means facilitating small groups in order to work towards larger group discussions, preparing material ahead of time and providing clear feedback.

Equitable class participation does not imply that all students are expected to participate in the same way, or even the same amount, but that they do so in a way that is conducive to their learning and fosters academic and personal growth.

Martin Antony is the director of the Anxiety Research and Treatment Lab at Ryerson University, where he is also currently a professor and chair of the psychology department.

“A lot of people are tempted to avoid what makes them anxious, which keeps their anxieties alive,” he says.

Antony also points out that “these issues are going to keep coming up. It will affect their ability to function in the workplace, and in their life.”

Antony has published 29 books relating to the subject of phobias and anxieties, and has counselled hundreds of patients. He points to a range of strategies to treat social anxiety, with exposure often being the most effective. Other approaches that have proven beneficial include cognitive therapy, social skills training, and medications.

“As a university, we want to find the right balance,” says Antony, “the one that lets them make important changes over the long-term while still accommodating the problems they have without penalizing them.”

Ultimately, the Ryerson professor says we don’t want to be doing these students a disservice by not encouraging them to face their fears.

“The university’s job is to teach people a set of skills.” 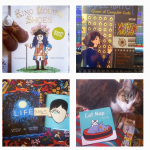 Nicole Abi-Najem is a Master of journalism student who likes long-form journalism and creative non-fiction.

Nicole Abi-Najem is a Master of journalism student who likes long-form journalism and creative non-fiction.

Temperatures continue to rise as day goes on