200 Wellesley St. E. has had three fires in the past nine years

Two people have been transported to hospital after a 4-alarm fire broke out on the ninth floor of the 200 Wellesley St. E. apartment complex this morning.

The building has been evacuated due to heavy smoke. Toronto Fire crews are still investigating the cause of the fire.

This isn’t, however, the first time the 32-storey St. James Town apartment building has been on fire. In September 2010, 200 Wellesley St. E. endured a 6-alarm fire that forced nearly 1,200 people out of their homes, all caused by a discarded cigarette butt.

Also remember how this same building was on fire in 2010??? Because lots of us in the neighbourhood do.https://t.co/HMI7FCzXcy— Jenn (@quicksparrows) November 8, 2019

The same Toronto Community Housing (TCH) building also caught fire in May 2014. The fire began on the 19th floor and sent one woman to the hospital.

Cooking, smoking and electrical were rated the three most common ignition sources for residential fires between 2014 and 2018, according to Toronto Fire Services’ 2018 annual report.

After both the 650 Parliament St. fire and a basement flood at nearby 260 Wellesley St. E. earlier this year, Mayor John Tory ordered a comprehensive series of inspections to be carried out in apartment buildings in areas around the city, specifically St. James Town.

Twitter user Jenn (@quicksparrows) said these buildings were built in the 1960s and haven’t been well maintained.

In 2018, fire officials called for the creation of a fire safety task force dedicated specifically to TCH as a response to statistics showing TCH buildings have a significantly higher fire fatality rate than the rest of the city.

Between January 2016 and December 2017, city staff said there were 11 fire-related deaths in TCH properties, which accounted for 37 per cent of all fire deaths in Toronto during that time period.

200 Wellesley St. E. has been plagued by safety problems for years. The building has had at least 14 violent deaths on its premises since 1991, including three separate instances of men falling to their deaths from the building’s balconies.

#BREAKING: Toronto Fire responding to a 4 alarm fire at 200 Wellesley. TFS says the fire has been knocked down, however there is heavy smoke throughout the building.

Paramedics have assessed 7 patients and 2 were taken to hospital. 1 is in serious condition and another in minor. pic.twitter.com/KZHuB3gcvH— Kris Pangilinan (@KrisReports) November 8, 2019

200 Wellesley is on fire. The amount of major fires in St James Town is truly insane — I don’t even know what number this is in the past 18 months. pic.twitter.com/0Aw9TIMcdk— Jenn (@quicksparrows) November 8, 2019

My heart is with the residents of 200 Wellesley St & all of St James Town after a fire this morning. I’m grateful no lives were lost & give my sincere thanks to all emergency responders. I’d also like to thank paramedics & health care providers tending to folks who were injured.— Suze Morrison (@SuzeMorrison) November 8, 2019 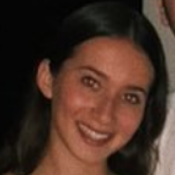 Thanks for writing a story about the recent fire. My mom lives right above the unit that was on fire. She made it out safe.