When the pandemic first hit, 54-year-old disability support worker Mita Hans was worried about vulnerable members in her community who’d have trouble accessing necessities like hand sanitizer, food and toiletries, as people began to stockpile resources. Acting fast, Hans took to Facebook to share her concerns — and the group CareMongering-TO was born.

Hans planned to use the group to organize a few people who could help contribute and deliver resources to those in need. “I thought it was going to be like a dozen friends and we would problem-solve and help out in my immediate neighbourhood,” she said.

Today, CareMongering-TO has over 25,000 members. It has inspired other chapters to open, and there are now 191 CareMongering groups in Canada and 246 globally. The group’s activity has stayed consistent over the past year, according to Hans, and continues to help people who are struggling because of the effects of COVID-19.

The network quickly became a hub for information and resources, with some members offering virtual emotional support and medical and legal professionals in the group offering expert advice. Tags like “help needed,” “offer” and “resource” are used by members to help locate what kind of services they’re looking for.

The system that enables this connection and exchange of services is known as mutual aid, built on the premise of helping when you can and accepting help when you need it. The concept is simple, but it differs from what aid typically looks like in a capitalist system, said Fuyuki Kurasawa, a professor of sociology at York University.

“[Mutual aid is] about dignity and equality between members of the group,” said Kurasawa. “It’s not about a top-down approach. One of the biggest problems with government programs, or even a lot of charity assistance, is that those who receive it — even though they accept the money — they feel as though they are taking advantage of the system reluctantly. They’re made to feel that way. They’re made to feel like they are burdens on society.”

Mutual aid is not based on those principles, but rather, on equality. “They are citizens who are equal with everyone else who may have encountered unfortunate circumstances in their lives,” he said.

Toronto-resident Nancie Thorne is one of the many people who has used this system to find help. After the holidays this year, Thorne and her husband were relying on food banks, many of which didn’t have any fresh produce, to feed themselves and their 18-month-old daughter. Thorne took to the group, in search of food banks that offered fruits and vegetables. The response she received was overwhelming.

“I was flooded with private messages from group members, offering to provide my family with groceries,” she said. “It was just amazing, the outpouring of generosity from strangers on the internet. I cried a lot.”

The response restored hope in her during a difficult time. Two months later, she found herself in a place where she could pay it forward.

“It wasn’t a lot, but I offered the group $50 because I felt so overwhelmed and so grateful to have been given all the resources and all the fresh fruit and vegetables from complete strangers.” Thorne said she’s grateful for the experience, though prior to COVID-19 she never thought she would be in a situation where she needed to ask for help.

Through this pandemic, the pre-existing wealth disparity among Canadians has been amplified. In a recent report, economists at CIBC found one in five lower-income jobs in Canada had disappeared over the past year, while there have been almost 350,000 new higher-income jobs added.

Sam Lapointe, a Toronto-based member of the group, knows the fears that come from experiencing homelessness. When she was in college, she was homeless for a number of years. Her experience was one of the factors that made her want to help those struggling during COVID-19 — often in the form of baked goods care packages — despite struggling herself.

Lapointe is the co-owner of a baking business, The Grand Order of Divine Sweets, that launched three months prior to the pandemic. She said navigating COVID-19 while trying to keep her business afloat has been one of the most stressful times in her life. Still, Lapointe considers herself lucky. She says she’s noticed how the pandemic has disproportionately affected those who were already struggling.

“Even before COVID-19, there was homelessness (and) there was huge food insecurity. I hope that we don’t go back to normal, because normal wasn’t good,” she said. “COVID-19 didn’t make these problems. It just shined a light on them.”

There is a heartwarming and devastating duality in the fact that CareMongering-TO is still a vital group to so many. The group continues to play a crucial role in some people’s survival during this pandemic.

Hans said her goal for the group is simple: to “become obsolete as quickly as possible.”

“The world has enough resources for everybody. The fact that they’re not being shared equitably is a huge problem,” she said. “There shouldn’t be this need for mutual aid.”

But the need for mutual aid groups like CareMongering-TO will never subside because our society functions by keeping a socio-economic hierarchy in place, said Kurasawa.

“CareMongering and all other mutual aid groups try to fill in a gap that is lacking because of the failures of partly government, social assistance programs, chronic poverty, poverty-level wages, chronic unemployment and homelessness,” he said.

Karasawa added that mutual aid groups provide an alternative to government aid, so that those in need don’t have to rely on or wait for government programs to help them in dire circumstances.

The community built from CareMongering-TO has shown Hans how many people are ready to help. She’s glad that through its challenges, the pandemic has made some people more politically aware and engaged, sparking a new wave of political activism. 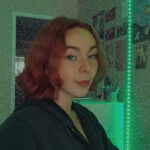