Ryerson University graduate students can breathe a sigh of relief as the about-to-expire borrowers agreement with University of Toronto libraries has been renewed for another year.

Madeleine Lefebvre, Ryerson’s chief librarian, sent an email to graduate students in August explaining the service would no longer be available after the end of September.

After a short stint in research limbo, the library renegotiated the terms of the U of T Direct Borrower’s Agreement, allowing Ryerson graduate students, faculty and staff to continue using U of T materials and locations. 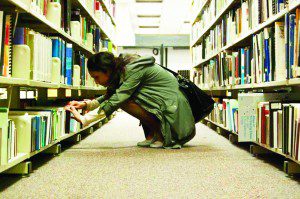 If grad students can’t find what they need at Ryerson’s library, they can still visit the one at U of T.

“The only difference is that … the administration between us and U of T is going to be a lot simpler,” said Lefebvre.

The initial agreement was made in 2010 after U of T began charging fees for outsiders to access its resources.

Ryerson was one of the few universities in Ontario to negotiate a three-year deal to pay for continued access.

Approximately 350 people took advantage of the service last year. At $250 per person, the service costs the library $87,455, Lefebvre told students via email.

U of T planned to increase the fee to $300 per individual at the end of the month, a cost Ryerson could not afford as a result of budget reductions, she wrote.

“Because it cost us a significant amount to allow people to get these cards, we (had) to review and make sure that it’s good value for money,” she said in an interview.

Under the latest agreement, however, Ryerson negotiated a new blanket fee that will cover all users.

Kym Maclaren, an associate professor in Ryerson’s philosophy department, recommends the service to her students.

“There are some texts that we don’t immediately have … and in those cases it’s extremely helpful for graduate students and also my research assistants to be able to go to U of T to access the books,” she said.

Maclaren believes that Ryerson needs its own collection to be considered as a substantial research institution.

“I think it would be sad to say that because it is at U of T we don’t need to build up our collection here,” she said.

Ryerson librarian Cecile Farnum suggests that students and faculty should contact their subject librarian to notify them of what resources are missing.

“It’s really just about us encouraging and people being proactive about letting us know what we need so that we can build a collection that people need here,” she said.

In Lefebvre’s view, people are often unaware that Ryerson has many of the same resources as U of T.

The library has more than 520,000 books, 1,300 print journal titles and $2.9 million worth of electronic resources such as e-journals and e-books, according to the library website.

For Maclaren, however, the collection isn’t quite there yet.

“We are still it the process of building it up,” she said. “I think that it will take years and years to build it up, and I expect there are some books that we won’t be able to get because they are out of print and they are available at U of T.”

Farnum said the library plans to better monitor who uses the U of T borrowers service throughout the coming academic year for insight into what kinds or resources the university is missing.

“We’re going to look more closely at the data this year to see really what, in terms of the number of people that are borrowing, to see what kinds of programs are using it, to look at collection development in that area,” she said. 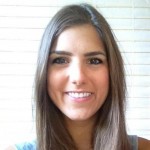