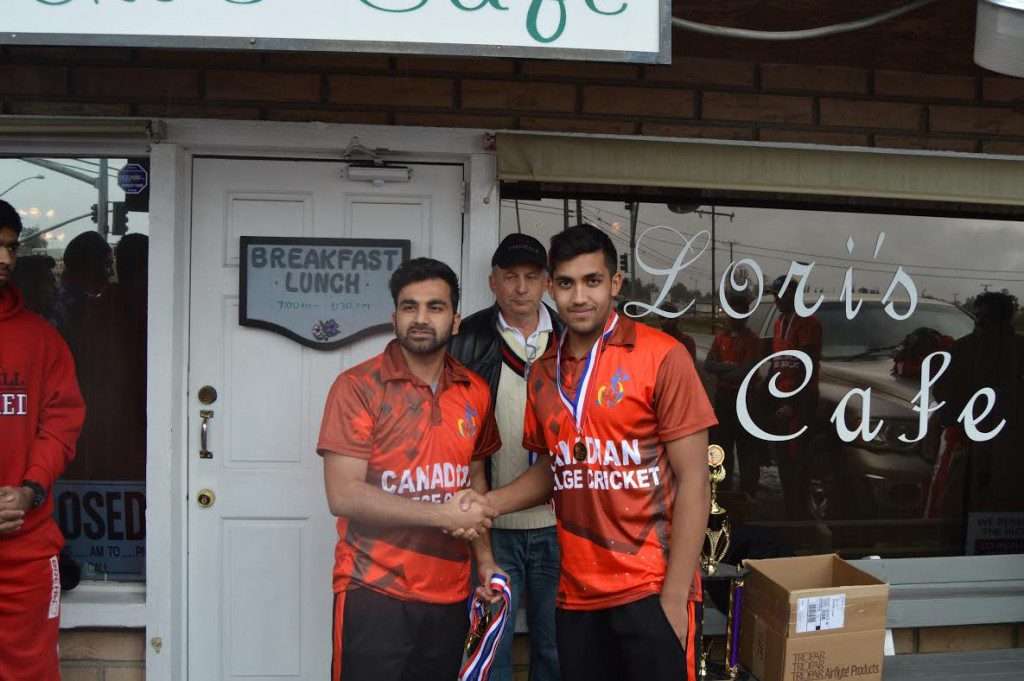 When the Canadian College Cricket all-stars travelled to Los Angeles last weekend for a three-match battle with their American counterpart, Ryerson was represented by a player rising through the professional ranks.

Nikhil Dutta, 21, just completed his first season in the Bangladesh Premier League with the Barisal Bulls. He has also played for St. Kitts in the Caribbean Premier League.

“All the top players from around the world participate in these tournaments, so me being a part of it means I’m competing with the best in the world,” Dutta said. “And being around bigger players and the best players in the world I’m getting more and more experience.”

Originally from Kuwait, he moved to Toronto with his family when he was six. At age nine he began playing cricket and was enrolled in the Ontario Cricket Academy. Eventually he began playing in junior leagues around the world, including a One-Day International match (the highest standard of competition) between Canada and Kenya.

For that reason, his time as an accounting student at Ryerson has been sporadic. He is currently taking a semester off to train in preparation for the upcoming seasons.

“When you’re a junior (balancing school and cricket) is fine,” he said. “But now, going into these pro leagues, it becomes more difficult.”

Dutta is an all-rounder, meaning he bats and bowls in matches. While in L.A. Dutta bowled five wickets in seven overs. He also scored 82 runs over three games, including 40 in the final one. After splitting the first two games, the American all-stars took the championship 218-217 in 20 overs.

“I think it’s important for Ryerson to participate in events like these because it helps build our reputation in the game. It also shows the talent we have,” said Ryerson cricket team president and RSU vice-president operation Obaid Ullah. “You are representing your country and are playing on an international level.”

Dutta isn’t the only Ryerson player representing Canada and the school on an international level. Team Canada was captained by Ryerson grad Hassan Mirza. Asad Sikander, Yagnesh Patel and Shan Anantharajah all tried out for the national under-19 team, which is currently competing at the World Cup in Bangladesh. Anatharajah was the only one to make the team, but Ullah called it “a once-in-a-lifetime opportunity.”

As for what the future holds for Dutta, he hopes to continue to play professionally as long as he can.

“There are a lot of pro leagues in the world,” he said. “The biggest one is in India, and to be a part of that would make my chances of a career even better.”