If you’re longing for romance, treasure and adventure, you’re in luck.  For the holidays, Ryerson’s School of Performance actors will be bringing to life an adaptation of the swashbuckling coming of age tale, Treasure Island.

For the last six weeks, the cast of 15 graduating fourth-year actors and the entire third-year class have been working together six days a week in preparation for the end-of-year show.

“We’ve put so much work in,” says Kierstyn Penney, a fourth-year playing the gender-flipped role of Israel Hands. “But it feels like we’ve only been working on this for a week. It’s like we closed our eyes and now the show is here.”

Adapted by playwright Ken Ludwig and directed by Ryerson’s School of Performance chair, Peggy Shannon, this production combines acting, rigorous fight scenes and the occasional song and dance, making the show fun for the whole family.

But despite the fun, preparation for the show has been intense. While rehearsals began at the end of fall reading week, the auditions began long before that at the end of the winter 2016 semester.

“Last April, my acting class, the 15 of us graduating in 2017, had one big audition for all the plays we would be doing in our fourth year,” says Katherine Cappellacci, who plays the lead role of Jim Hawkins. “We then had a few specific callbacks for Treasure Island, where we read for certain roles.”

Auditions included reading monologues for the directors, both contemporary and Shakespearean followed by any additional skills, like singing, for the various fall shows. But director, Shannon, went one step further.

“She got us to write down any special talents we had,” says Penney. “So it was really funny because some people were like ‘I can run really fast’ and she was like ‘OK, run around the room.’”

But it was Shannon’s way of testing who would be best for different roles. Treasure Island is a very physically rigorous show, according to Shannon, so it was her way of testing what roles the actors were best suited for.

In the unforgettable tale of treachery, Kierstyn Penney, who plays the Israel Hands, and Long John Silver’s two-timing crew discuss their need for treasure and backstabbing the rest of the crew. (Megan Stephens)

“This show is very physically and mentally demanding and we’ve done lots of athletics in preparation, along with making lots of pirate sounds,” says fourth-year Ariana Marquis, who plays pirate, George Merry.

Actors have even gone so far as to hit the gym to prepare. Considering part of the show involves wheeling huge, six-foot truck units on and off stage as part of their transitions in perfect timing, it was necessary.

With a shorter rehearsal period and a larger production than past holiday performances, the actors have felt the demands. Most days, the actors are on campus for 12 hours, balancing rehearsals, as well as acting classes and electives. And that doesn’t include the mandatory Saturdays that they have spent since reading week working on the show.

“I wanted to do an iconic, family-friendly title,” says Shannon “but it was equally important to challenge the students.”

For the first time, Ryerson students are truly collaborating with a professional team that are challenging actors in a new way – they’re singing, even though Ryerson is not a musical theatre school, doing choreography and doing fight scenes.

“It’s taken an army to put it together,”says Marquis. “We’re so fortunate to be working with the top production students at Ryerson and respected professionals in this industry such as Steve Wilsher, Alyssa Martin, Simon Rossiter, Pavlo Bossy, Emily Porter and of course, our director Peggy Shannon.”

“When a pirate arrives, everything changes for Jim. He really goes through a lot, and by the end of the play he’s found his manhood. It’s a coming of age story for sure. Jim’s adventurous, smart, witty, and has a heart of gold. ” -Katherine Cappellacci (Megan Stephens)

“Playing Jim has been a lot of fun. As he says, it’s the adventure of his life. I feel like a little kid – I’m so excited to be able to have that adventure every night!” says Cappellaci. “It’s like being in your own fantasy world. He’s also the narrator, so getting to bond directly with the audience is so much fun.”

With a 1200 seat theater filled with children, classmates, family and friends, the actors will have a large audience to act for and their nervousness is beginning to set in.

“It isn’t a crippling kind of nerves. It’s like an excitement…sometimes we call it ‘champagne bubbles’,” says Cappellaci. “On the actual performances, we will all be nervous, because we so badly want it to go well. It doesn’t inhibit you, though. It’s like an internal engine that keeps you on your toes. I get worried when I don’t feel a little nervous!”

Tickets are on sale for $15 for students and $20 for adults. The show starts at 7 p.m. Tuesday – Thursday and Saturday and 6:15 p.m. on Friday with an additional matinee performance at 1 p.m. on the 3rd.

You can find out more about Treasure Island by going on the School of Performance website. 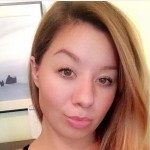