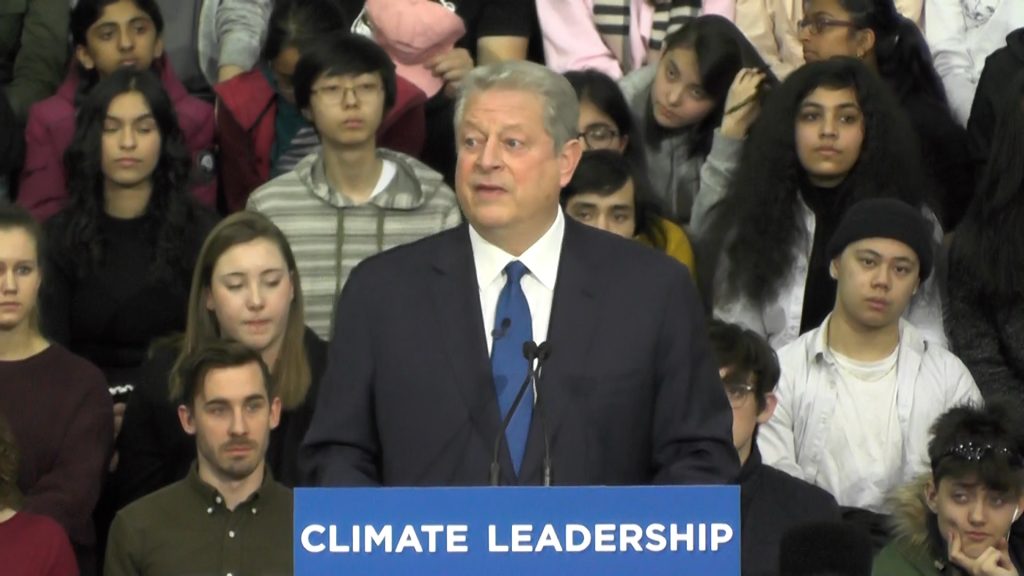 Former U.S. vice-president Al Gore said that youth are the future of climate change action and urged students from Ryerson and schools across the GTA to get involved.

Excited to be with @Kathleen_Wynne today fighting for her bold #climate agenda. We can’t go backwards in Ontario or anywhere. The climate crisis is too urgent. #onpoli pic.twitter.com/IeNwsnHD6d

Ryerson students, as well as students from certified EcoSchool elementary and high schools across the GTA, were among the hundreds of guests.

“These are the folks that are determining the future for all of us,” said Lindsay Bunce, the executive director of Ontario Eco-Schools. “It’s their innovation and creativity that will determine how we’re solving problems going forward.”

The Lead On Climate event, organized by the Ryerson Leadership Lab, was open to the public and free to attend. Ryerson president Mohamed Lachemi said that Gore waived his speaking fee.

He said that the reality of the current climate conversation is “persistent climate denial,” calling it something that didn’t happen overnight.

Following the talk, free copies of Gore’s newest book, An Inconvenient Sequel: Truth to Power, were handed out to those who attended.