Alibaba: Students get to the source of outsourcing

A Chinese company made stock market history on Friday, but few North Americans have heard of the new market giant.

After months of promotion and rumours, Hangzhou-based company Alibaba.com (NYSE: BABA) went public on the New York Stock Exchange and raised a record-breaking $25 billion through share trading, with more than 100 million shares changing hands in the first 10 minutes.

But while most North American consumers don’t know what Alibaba is, Ryerson students got to see the company in action in 2012 when Hong Yu, interim director of the Ted Rogers School of Retail Management, took her retail management class overseas to visit three major industrial cities in China.

“I never expected anything of that scale,” she said. “It was very clear to me that this is where (business-to-business) commerce is going. I just knew that Alibaba would become a massive player in the retail industry.”

Klaas and her classmates spent the day touring Alibaba’s head office, rec rooms and dormitories. She described the environment as “Google-like.”

Klaas said she was stunned by the company’s demonstration of its technology and analytics software.

“It was like something out of a science-fiction movie,” she said. “They had a full wall display of data and maps — tracking purchases, search inquiries, user locations. They could see if a customer in Russia searched for a toothbrush.”

Yu currently teaches her second year retail management class how to use Alibaba for a simulated retail sourcing project. The students act as buyers for a high-end Canadian store and use Alibaba to develop a supply chain from manufacturers in China.

Representatives walk users through the process of designing a product, choosing a factory or manufacturer, getting quotations and negotiating prices. The rep acts as a go-between, allowing amateur users to access a massive system of manufacturing they never would have had access to in the past.

Yu says a number of safeguards are in place to ensure product quality and customer satisfaction. Manufacturers will send free samples before a customer commits to a full order, and payments are held in escrow — through Alibaba’s proprietary version of PayPal — until users confirm receipt of their order. Alibaba also takes responsibility for vetting the merchants and factories that source through its sites.

“I have found the customization for clothing and other merchandise to be invaluable,” he said.

“Until now there have been difficulties with outsourcing from China and doing prototyping offshore, especially for younger amateur engineers,” he said. “(Alibaba) eases the process and helps younger engineers manufacture their models and have them built at lower prices.”

Since the trip, Klaas has used Alibaba to buy wholesale jewelry, and said that several of her friends have also bought from AliExpress.

Alibaba’s personalized customer service is what makes it stand out from its competition, and Canadian retailers are becoming more aware of what it can offer, Klaas said.

“Walking along Queen West or Chinatown, you notice identical products in different stores,” she said. “And that tells me they’re ordering from the same suppliers, they’re going through Alibaba.”

In a Ryersonian poll, 11 out of 28 students said they had heard of the company. When asked what they thought the company sold, answers ranged from “cheap knockoff stuff” and “random junk” to the more accurate “little bit of everything” and “bulk goods”.

Second-year radio and television arts student Brendan Sylvia had heard of Alibaba, but said: “I’ve stumbled on there and left the page many times.”

For the first-time visitor, Alibaba can seem overwhelming. The site is peppered with unfamiliar acronyms like OEM, ODM and MOQ. It appears to sell everything from apparel, textiles and household goods to electronic nodes, chemicals, plastics and metallurgy. Intrepid users can buy a $56.6-million Boeing-747 from Burkina Faso, or a 14,000-tonne Chinese oil tanker.

For the entrepreneur, however, Alibaba presents a gateway to an unimaginably vast collection of economic tools which contain revolutionary potential for everyone from start-ups to the major players in retail, manufacturing and online shopping industries.

The intense demand from investors is due to the company’s huge market share in China. Its group of e-commerce sites account for more than 80 per cent of the country’s online commerce, and brings in more yearly sales than eBay and Amazon combined. In 2012, Alibaba Group’s business made up 2 per cent of China’s GDP. 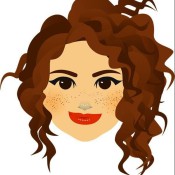 Ryerson around the world: international students by the numbers

RyersonianTV: Police shoot and kill a man in Brampton