All it takes to get fired is a single tweet

An example of a poorly thought out tweet, about to be sent. Victor Ferreira / Ryersonian Staff

“Rick Nash is getting married at the resort and apparently it’s a big deal.”

That was the relatively harmless tweet made by Syra Dhaliwal back in July about Canadian hockey player Rick Nash. The tweet ultimately led to her termination at the Rousseau, a JW Marriott Resort & Spa in Muskoka.

The former Wilfrid Laurier political science student’s shift began at 6:30 a.m. By about 2 p.m. she was called into her boss’s office. According to her employers, the tweet she made was a “massive security breach.” Dhaliwal was eventually let go. They fired her only two days before her three-month probation period ended.

“I had had three days off work prior to this particular shift, so I guess I didn’t get the memo that we couldn’t post anything about it on social media,” says Dhaliwal. “I was working that day and on my way to work someone told me that (Nash) was getting married at the resort, so I tweeted.”

Nowadays, many young adults are ruining their reputation and potential employment opportunities because they fail to maintain a professional identity online. Perhaps deep in your Facebook history there’s a picture of you dancing on tabletops, or a filthy status update. Either way, when an employer doubts that you’re the best candidate for a job, you’re out of the running.

According to Hamza Khan, Ryerson University’s digital community facilitator, one in three employers will reject candidates based on something they find out about them online.

“Ninety-three per cent of employers in North America looked for candidates via social media, or at least scanned them once they entered the application process,” says Khan.

More than ever, people use social media on a daily basis. They post everything from their political views to pictures of themselves out at the club on Friday night with a bottle of vodka. You can chat with friends, find long lost family members, or maybe even find your long lost high school crush. This generation of students, however, doesn’t know where to draw the line with what they share on social media outlets such as Facebook, Twitter, and Instagram.

In an age where everything is digital, if you think that when you apply for a job your prospective employer isn’t going to look you up on the Internet — well, you’re mistaken. They will.

“Personally, I look for pieces of information that help me narrow down who you are as a person,” Khan says. “It’s very much a stalker culture.

Khan promotes the idea of having a “digital identity” and creating a polished and professional personal brand.

Digital identity, Khan explains, is the accumulation of all the things that you’ve done online for however many years you’ve been active on social media.

“It’s all begun to comprise a story about you,” he says. “And you are, as you are in real life, a sum total of your experiences. Digital identity is very much a sum total of what’s being said about you online.”

So your digital identity should be engaging and respectable and showcase your skills to employers.

Unfortunately, many take this to the other extreme and lie about their credentials in hopes that it’s what companies want to hear. Others are simply careless with what they post online. For instance, bad-mouthing your boss or company is an easy way to get rejected or fired.

Helping job-seekers backpedal to safety before they harm their reputations is FireMe!’s job. FireMe! is an app developed by researchers at the University of Hannover, in Germany, that automatically flags people’s tweets that mention how awful their job or boss is. The app then sends a reply to notify the user they may want to reconsider their tweet. The app will also gauge your tweet’s destructive power on what is called a FireMeter!

Ricardo Kawase, the founder of FireMe!, isn’t 100 per cent sure if the app has “actually helped anyone from preventing work-related troubles,” but he does believe it has helped to trigger a surge of digital consciousness and responsibility.

“You should be careful of what you post,” says Kawase. “Everyone sometimes attends a party, has embarrassing moments caught on camera, and so on. However, it’s not very hard to control what goes publicly online.”

As for whether it’s fair for employers to search out their applicants on social media, Kawase believes that’s within their rights.

“No boss would like to find out that one of his employees ‘truly hates his job’ or wants to ‘kill him.’ It’s bad for the boss, and especially for the company’s image, and consequently, its business.”

Still, others would rather not have to maintain a professional identity online. Mike Gualtieri, a fifth-year marketing student at Ryerson, believes that some profiles are personal and shouldn’t interfere with his work life.

“What you post on Facebook shouldn’t matter,” says Gualtieri. “If you’re a hard worker and never bring in personal problems to work then an employer has no right to say anything, or even look at what you do.”

Regardless of whether you’re for or against employers stalking your personal life, it isn’t going to stop. Social media will only continue to grow, and become more all-encompassing and easy to use.

“In terms of where the future of social networking lies, the numbers of usage are only going to increase,” says Khan. “We’re going to find more and more ways to integrate (social media) into our lives.”

If social media really does continue to become a more integrated part of our lives, users are going to have to learn to be savvy, smart, and utterly, utterly responsible. It may be a boring way to live online, but it’s better than learning it the hard way.

“I’m a lot more conscious of how I look to a potential employer because a lot of companies take it really seriously.” 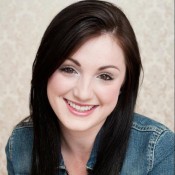