Nour Hadidi earns a few laughs, opening the show with a joke about being eternally single. (David Greenberg)

There were stories about vulvas, fetishes and the horrors of Tinder dating.

Nothing was off-limits as six comedians took the stage at the Ryerson Students’ Union second annual Shits n’ Giggles Feminist Comedy Night, hosted at the Ram in the Rye patio on Wednesday night.

The event was part of DisOrientation Week, hosted by the RSU, the Continuing Education Students’ Association of Ryerson and Equity Service Centres. The show blended important discussions about social justice with lighthearted — and brutally honest — humour, using comedy as a platform to make feminism accessible to a broader audience.

Scaring off the men

Toronto-based comedian and co-host of the podcast The Crimson Wave, Natalie Norman, opened the evening by engaging a table of unsuspecting male patrons in a candid discussion about her discovery of the “vulva selfie” and her experience taking her own.

It took less than five minutes and a few more mentions of the word “vulva” before, one by one, the party got up and left. Other spectators, eager to engage in the fun, almost instantly replaced their spots at the table.

“I’ve scared all the men off. I’ve done it, they’re gone,” Norman said.

Natalie Norman performing at the Feminist Comedy Night at the Ram in the Rye. (Kevin John Siazon)

Each comedian took the stage and shared personal reflections on feminism, sexism, racism, ableism and homophobia.

For Norman, comedy functions as an inclusive space that makes talking about serious issues more accessible to everyone.

“It’s the way that we can be humourous about the fact that some of us are mistreated,” said Norman.

Hoodo Hersi performing at the Feminist Comedy Night at the Ram in the Rye. (Kevin John Siazon)

“It brings a new light to the situation with humour. I think comedy can reach a great audience if you’re targeting it at the right space where people can really connect with you.”

RSU vice-president of equity, Tamara Jones, said one of the main goals behind hosting a comedy night was to create a campus-wide event that a lot of people felt comfortable attending.

“DisOrientation kind of caters to a specific group of people and it sometimes doesn’t feel that open to the rest of campus,” said Jones, explaining that the crowd is usually comprised of activists.

“It’s not just for people who are interested in activism on a daily basis. While those are the voices we want to prioritize it’s not just for those people, it’s for everybody,” she added.

Addressing the crowd with stories of growing up with immigrant parents and navigating the world of online dating, Ify Chiwetelu said comedy could do more than foster accessibility to feminist discussion.

“One of the cool things about comedy is that to make people laugh they have to accept your premise as being true,” said Chiwetelu. “It’s a great space to challenge people’s viewpoints because in order to go along with it you have to suspend your preconceptions. So the nature of that means it’s a very powerful tool for social change, or for whining about Tinder.”

The presence of feminist comics is not a new trend, but one that Norman said is gaining momentum. The growing presence of high profile feminist comics like Amy Schumer, Sarah Silverman and Chelsea Handler is pushing the boundaries of standup comedy.

As the event finished and the final comedian left the stage, the crowd showed their appreciation with enthusiastic cheers and applause. For some, the presence of feminist comedy on campus puts a refreshing spin on standup.

“It was so spot on, so relatable because it’s new and refreshing material,” said media production student Meaghan Stringer. “Good comedy makes you cringe in just the right ways and there was so much cringing.”

DisOrientation events continue until Friday, culminating with the annual Take Back the Night rally and student march on Sept. 16.

CORRECTION: An earlier version of this article stated that the event was part of the RSU’s DisOrientation Week. In fact, DisOrientation Week is hosted by the RSU, the Continuing Education Students’ Association of Ryerson and Equity Service Centres. This version has been corrected. 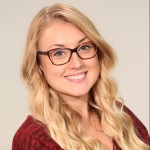 In brief: Wendy Cukier will return to Ryerson next fall