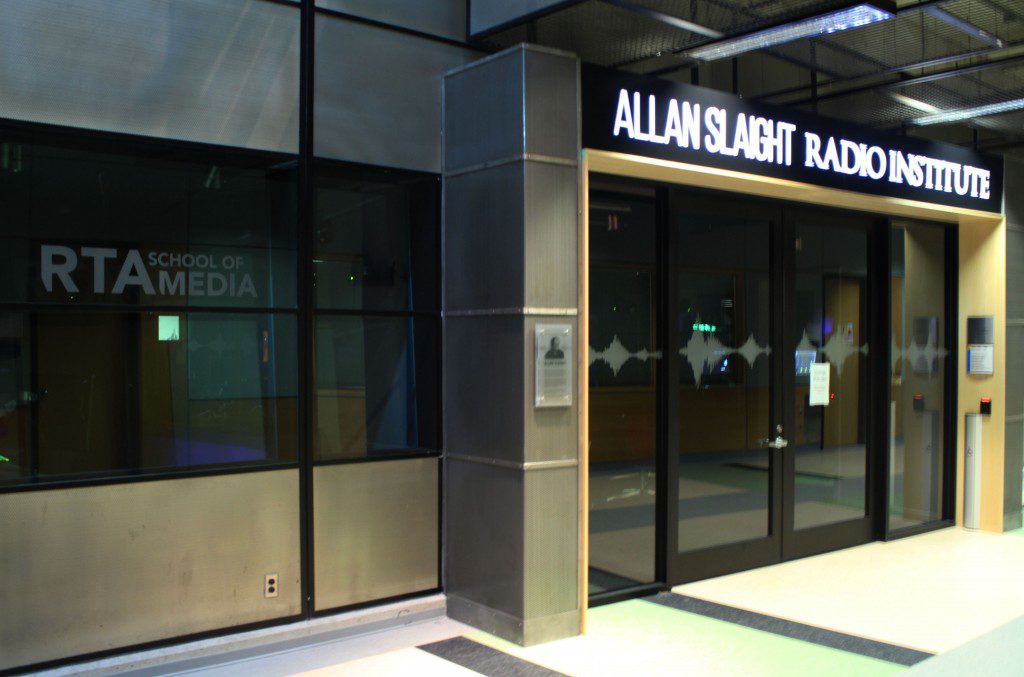 Ryerson opened its advanced learning and teaching facility, the Allan Slaight Radio Institute, at the RTA school of media on Wednesday.

Named after radio mogul Allan Slaight, the institute was created from a $3-million donation from The Slaight Family Foundation. The new institute aims to inspire future radio innovators and enhance Ryerson’s leading position in radio broadcast and production.

Lori Beckstead, associate professor at RTA school of media and director at the Allan Slaight Radio Institute, said the new centre has improved the profile of radio and is getting students excited about it again. “What it did right away was students said, ‘Oh my gosh, I want to get involved in radio again. How can I be in there. I want to be doing radio,’ so it did the trick in terms of what we hoped it would do,” she said.

Ryerson also announced that award-winning broadcaster, writer and entrepreneur, Alan Cross, will be the Allan Slaight broadcaster in residence. He will offer his experience and knowledge as a guest lecturer and student-project mentor. His next lecture will focus on the future of radio on Feb. 25 in the Rogers Communications Centre.

“We felt he was a terrific role model to demonstrate radio in the new millennium,” Beckstead said.

Six students have already received grants of up to $500 each to work on radio-related media productions. The donation will also allow for renewable awards each year for two radio students.

In a press release, Mohamed Lachemi, interim president and vice-chancellor of Ryerson, said, “It is from here that young people will continue the work of Allan Slaight, and take the industry in new and exciting directions.”

First-year media school student Ksenia Chpak has already started down that path. She hosts a comedic radio show, Bae Watch, every Friday with two friends in the institute. “The new equipment is so current that if someone were to go into the industry right now, they would already have hands-on experience with the professional equipment,” she said.

With files from Lisa Coombs.