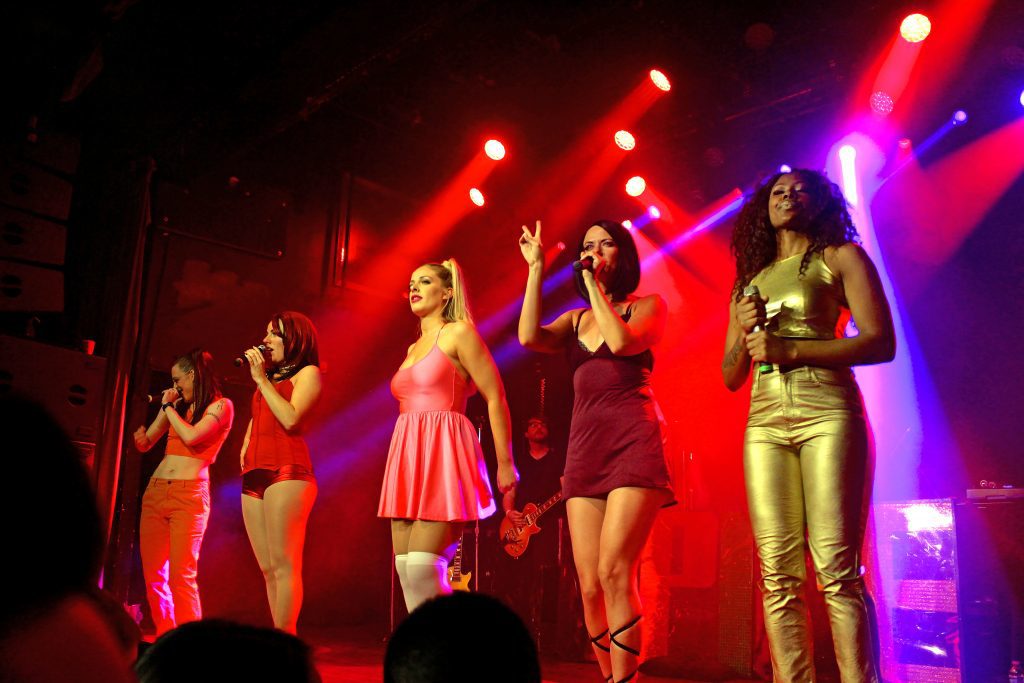 Beams of red and gold light dash around the stage of Toronto’s Mod Club on Feb. 17. The five women of WANNABE: The Spice Girls Tribute Band prance in, parading around in bright ‘90s fashion. The band erupts in song with a Spice Girls classic (and the band’s namesake), Wannabe. Sporty Spice, a Ryerson alumna clad in white runners, orange pants and an orange crop top, does the worm, later yelling, “GIRL POWER!”

The audience loses all inhibition and roars in enthusiasm. Mouths drop in awe at the band’s dreamy interpretation of Spice Girls hits like Viva Forever and 2 Become 1. WANNABE replicates the iconic pop group down to the platform shoes, but their own personalities turn the show into something that’s one-of-a-kind.

“We do a mash-up of Generation X and If You Can’t Dance, and that’s very fun because we took two Spice Girls songs, ‘WANNABE-d’ it, and made it ours,” said Barb Johnston, who plays Ginger Spice.

The women capture the spirit of each character as an archetype.“We’ve watched a lot of footage,” said Johnston. “We kind of study them, but also make it not a direct imitation. We think of it as if we’re cast in the roles of the Spice Girls. We bring our own personality, sense of humour and contemporary feel to their stock characters.”

Their version of the Spice Girls is cultivated and rehearsed, but the idea for the band itself was accidental. Anika Johnson (Sporty Spice) met Johnston in Ryerson’s theatre program where they studied acting together. Johnson went on to live with Johnston’s sister Catharine Merriam and Suzy Wilde (Posh Spice), Johnston and Merriam’s “surrogate sister,” when they were in a musical together.

In 2012, the girls came up with the idea to do a one-off Spice Girls cover show for their friends and family as they had all grown up watching Spice World.

“I sang these songs with my sisters and with my friends when I was nine and it was so meaningful to me at that time. Music can be so evocative,” Johnson said. “It’s extremely nostalgic.”

Unexpectedly, press showed up at the one-off performance and there was a lineup curving down the block waiting to get in. WANNABE kept getting requests to perform and the group hasn’t looked back since.

Now, being in WANNABE is a full-time gig. The band has toured all over North America and hopes to play in Asia. 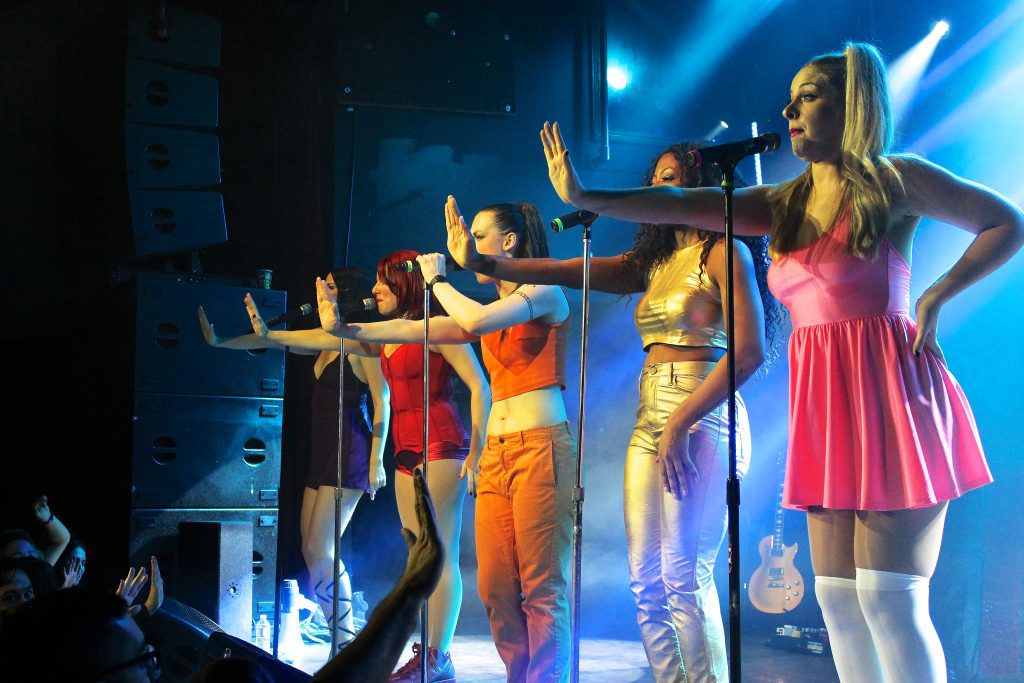 Dancer Jasmyn Fyffe just joined the group as the new Scary Spice after their original performer had her second child. Fyffe said Scary Spice “touches on all of her” as a performer.

“It challenges me artistically, in ways that I don’t get challenged in other things. I mostly dance, I use my voice, but not in the same way as this gig. (It) allows me to really feel the full range of my singing, as well as choreography … I don’t think I get that in every single gig,” Fyffe said.

As trained performers, WANNABE members take their work seriously. Their message centres on inclusivity and love in all forms, especially the importance of friendship. They feel that friendship is underrated.

“I just feel like I’m so lucky because I get to be with my sisters,” said Merriam, who plays Baby Spice. “I’ve grown up with these girls and to be able to perform with them makes me so happy.”

Amid the Women’s March, the rally against Islamophobia and U.S. President Donald Trump’s travel ban, they also wanted their show to have a political tone. The members of WANNABE are intersectional feminists who support gender equality and anti-racism. During the show, the band held up signs that said, “she was warned, she was given an explanation, nevertheless she persisted,” in regards to U.S. Senator Mitch McConnell’s attempt to silence fellow senator Elizabeth Warren. 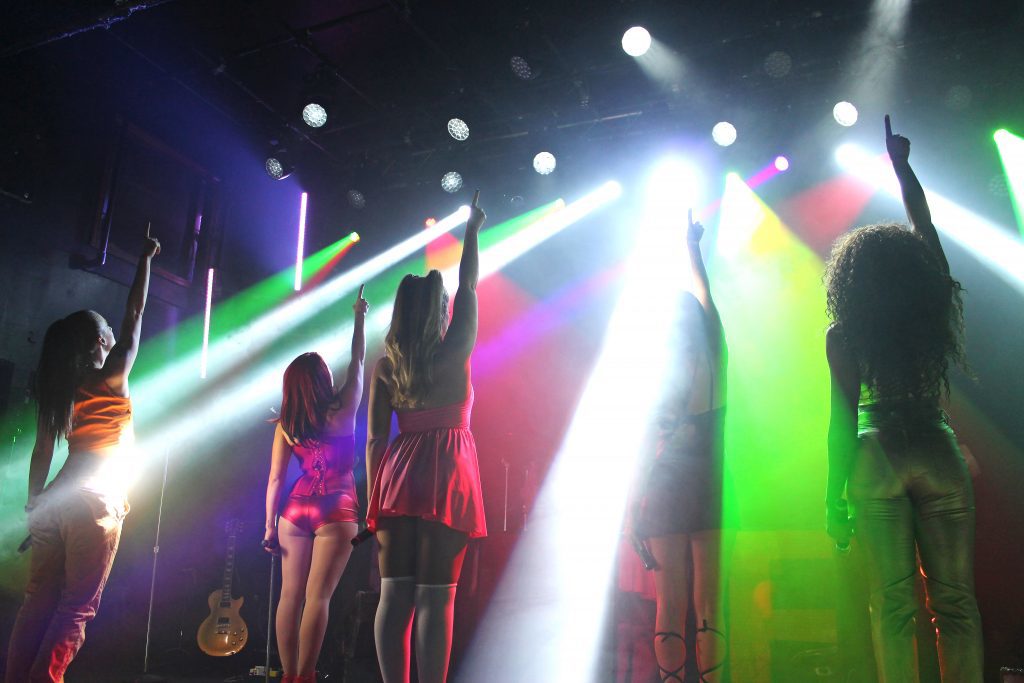 WANNABE has toured all over North America and hopes to play in Asia. (Robyn Bell/Ryersonian)

“We thought we should have some sort of platform, no matter how small it was, to show where our loyalties lie, and how much we believe in women being empowered,” Johnston said. “This is a group that was self-produced. We did this ourselves, and we’re proud of it. It’s something that you can do too. If you just go for it, as silly as the concept might be, it could end up being the best thing.”

Their “silly” concept connects them with people through motifs and sounds of their childhood. It lets them do what they love.

“There’s something about the silliness of the premise that allows people to kind of drop their guards,” Johnston said. 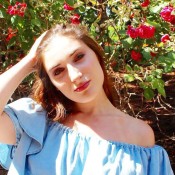