Before the Gardens, there was George Bell

Anyone who has been to a Ryerson hockey game in recent years knows — the Mattamy Athletic Centre (MAC) is a high quality arena. Not only do the Rams get to play under the historic dome of the Maple Leaf Gardens, but the upgraded facilities are borderline professional.

But the MAC is still relatively new, only opening in September 2012. Before that, the Rams played at George Bell Arena, a tiny rink so far down St. Clair West that the streetcar turns around before reaching it.

Most current Ryerson players never got to experience the daily trek out to George Bell and the remaining ones who did are graduating this year. So, do any of them miss it?

“(The MAC) has everything George Bell didn’t have,” men’s hockey team forward Mitch Gallant said. “I honestly don’t miss that place at all.” 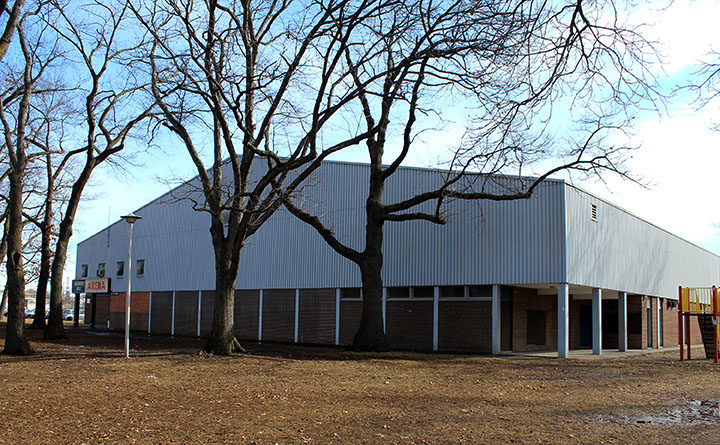 The quickest way to get to George Bell from Ryerson is to take the subway to Runnymede Station, then the 71 bus north 11 stops to the rink. Google Maps estimates the journey at 40 minutes but the players always gave themselves at least an hour in case of delays.

Goaltender Troy Passingham remembers one of the first times he went to George Bell. He went the wrong direction on a bus and missed fitness testing. He laughs about it now, but says, “I got pretty good at the TTC.”

The long trek meant fans rarely showed up for games. The men’s team made the playoffs only twice in the six seasons played at George Bell, giving fans even less of a reason to go watch.

The women’s hockey team had its first OUA season in 2011-12, meaning the program had only one year at George Bell.

Women’s team captain Jessica Hartwick remembers the dressing rooms being small, with the players having to share stalls when getting dressed. She said players would take turns tying skates so they wouldn’t bump against one another.

“It was tiny, probably the size of our showers (at the MAC),” Hartwick said. 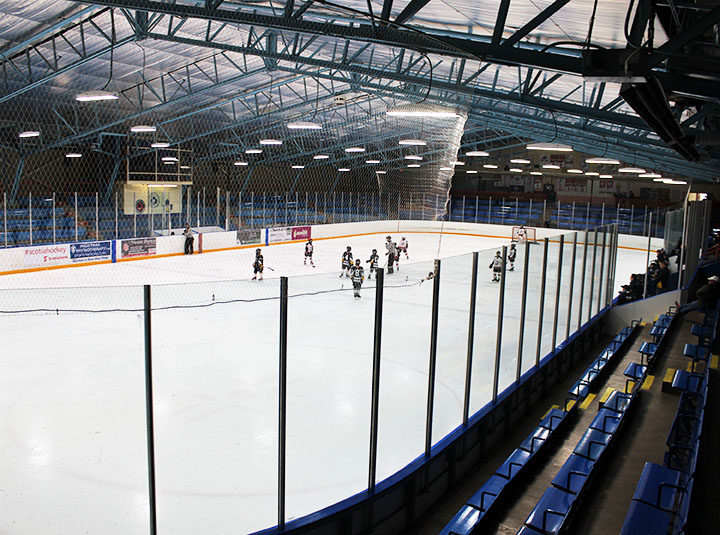 The rink where the Rams used to play. (Josh Beneteau/Ryersonian Staff)

More than once there were mice in the dressing rooms. But according to forward Melissa Wronzberg, that wasn’t as scary as “Narnia.” Inspired by C.S. Lewis’ children book series The Chronicles of Narnia, Narnia was what the women’s team called Runnymede Park, which surrounds George Bell and was a scary place at night.

“We always went in groups because it was not the greatest area,” Wronzberg said. “Once we got on a bus and had to tell the driver, ‘hey this guy isn’t leaving us alone.’”

Luckily another passenger was able to get the man away from them, but the players remained cautious when near the rink, especially late at night.

Being so far away from campus meant the hockey players didn’t interact much with the rest of the varsity athletes. The players all said they enjoyed making friends with the basketball and volleyball teams now that they share the MAC.

“Just having all the athletes in one place, you all get to know each other,” Gallant said. “We’re all a tight-knit group now.”

Passingham said when he was being recruited, head coach Graham Wise assured him the MAC was going to open soon and the experience would get better. But Passingham and his fellow graduates can say they experienced something their other teammates never got to. And they can put those teammates in their place if they ever complain about the MAC’s facilities.

“Moving to the Maple Leaf Gardens is a pretty big step up,” Passingham said. “You realize how special it is and when I’m gone I’m sure I’ll miss it even more.”

This article was published in the print edition of The Ryersonian on Feb. 24, 2015.