Since I began writing online four years ago, I’ve always been told not to read the comments. Up until the past few years, I never understood that philosophy.

It wasn’t until I joined a technology news outlet, where I was required to help moderate comments on my own stories, that I began to see why.

Women facing abuse on the internet is, unfortunately, nothing new. It’s a shame that brilliant women have been forced to believe that being torn down in the comments section is simply an occupational hazard. 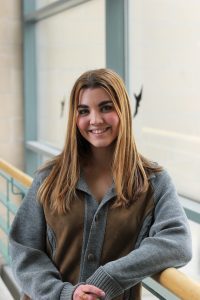 Much like the majority of news publications, I work with an incredibly talented team at MobileSyrup to deliver our readers Canadian technology news. Everyday, each one of us, regardless of gender, experiences criticism via the comments section on YouTube and through other social media.

News outlets and social media platforms alike have begun combating the issue of abuse towards journalists head-on by improving the curation of the comments section or removing it altogether — or, in the case of Twitter, introducing several tools to spare users the comments they receive from their digital harassers.

Beyond the comments section, however, journalists themselves don’t garner the respect they once did from the public. This shift is likely due to the influx – and therefore dilution — of information being digested by the average media consumer, and the proactive war on journalists being waged by members of the highest levels of government. Either way, news media has found itself on the wrong end of a challenge from the same societal forces that once enforced its existence.

As technology journalists though, the work that my colleagues and I do bridges two fields where women in particular have always been subject to incredible scrutiny: media and technology.

According to Maclean’s, the number of women working in STEM (science, technology, engineering and math) careers has barely changed in the past 30 years. While 20 per cent of STEM careers were occupied by women in 1987, in 2015, that number rose ever so slightly to a mere 22 per cent. Women are still paid 7.5 per cent less than men in STEM fields, as opposed to a gap of 15 percent in 1997.

The trend of female journalists facing online abuse has been consistent enough to prompt a representative from the Organization for Security and Co-operation in Europe to call it a “global phenomenon growing at a very rapid pace.” Each of these trends is part of a larger conversation.

In my experience, the already recognized gender gap in the newsroom is even more pronounced for women who report on technology, as they’re often forced to come up against multiple forms of sexism every day.

For example, while I believe firmly in the necessity of a comments section, it’s the nature of the criticism received by myself and my female colleagues that stands out to me.

“I think there are two main types of comments that you get as a woman on a tech site…There are those that are clearly sexist. There are also those comments that are not clearly marked as sexist but you can tell that there’s far more scrutiny on you than on your male colleagues,” says MobileSyrup’s telecom reporter Rose Behar. 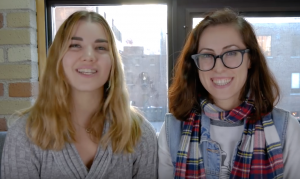 I remember coming into the office one day to find Rose reading the comments on a review she had written, and as she glossed over one in particular, her face changed.

Whereas my experience in technology only spans my experience as a journalist, Rose has worked in technology in many capacities. In addition to having gone to school for journalism, she’s also worked in a game studio, launched and run a coding school for kids in Halifax, and most recently, before working for MobileSyrup, she worked with several Canadian carriers while freelancing for other tech sites.

We agree however, that we are received differently by our readers than our male counterparts. Whether this has to do with the site having a readership that’s over 90 per cent male, or that the site was started and run by mostly men for the first half of its existence, we’re not sure.

I’ve noticed that the main differences between the comments on the videos and stories I post and those of my male editors are critiques of my physical appearance. I’ve never been sure why viewers see it as necessary to state their personal opinion on the way I look, whether it be positive or negative.

One comment that stands out to me among the others appeared on a web series that Rose and I co-hosted. It read “caterpillar eyebrows is totally lezzing it with nerd glasses.” With this comment, all the work we’d put into that video was reduced to a single physical feature.

It sometimes reaches the point where I wonder if our readers see us as just the embodiment of both our most prominent physical features.

While it’s always been my first choice to avoid engaging with our attackers, Rose has taken a different approach. Rather than allowing the comments section to exist separately from her, she’s actively tried to challenge those that bully her online by reminding them that there is a real person behind the screen that reads their comments, one that has to come to terms with them.

She’s told me that it took a while for her to get comfortable doing this, but that it’s often resulted in some realization on the part of the commenter. Occasionally, she’ll receive an apology.

This allows her to take back control of her stories, she says, and maybe that’s the key. As women who work in technology and in the digital space, perhaps we give up our power when we give up control of the narrative.

What always surprises me the most though is the amount of comments I receive telling me that I simply don’t know what I’m talking about, that I’m writing with a bias, that I’m there just to fill a quota, or that I should simply consider entering another field.

I go to work everyday with the profound belief that the press is a necessary part of what keeps our elected officials honest and what keeps a democracy free. The existence of a free press marks a key difference between nations like Canada and the many authoritarian states that exist today.

I just don’t know when the people I write for stopped believing that.

Finding the positive in the negative: Learning to cope with pessimism in today’s media