Couples on campus tend to catch our eyes, while friendships are often overlooked. But all it takes is one good look on campus to see that there are friendships everywhere: sitting on the SLC steps, walking down Gould Street, and having lunch together at the library. School isn’t just about studying and taking tests, but meeting new people and enjoying your free time with friends.

Take a look at the friendships captured on the sixth floor of the SLC. 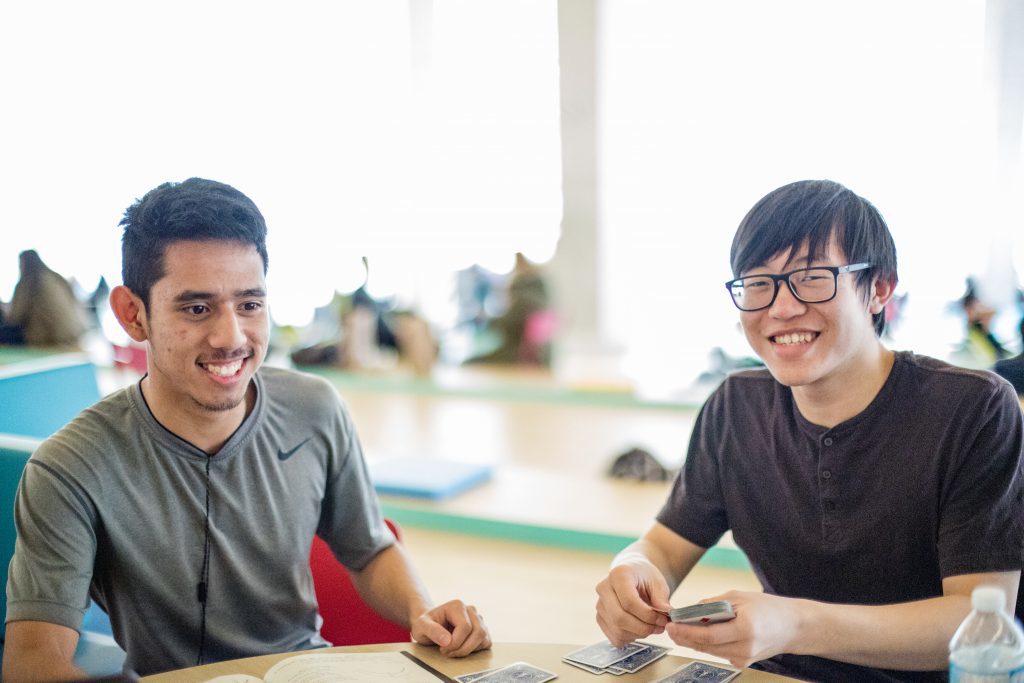 First-year engineering student, Philip Suribas and Luciano Wong started their friendship when they met at frosh. They clicked, through having similar interests in games, and enjoy playing cards together.

What’s your favourite thing about each other?

Suribas: “And he’s really calm and reserved, so it works out.”

What’s your best memory of hanging out?

Suribas: “One of our friends was talking to a girl and he asked if she liked him. She said ‘as a friend.’ And this happened on the eighth floor of the SLC. We had 11 engineers trying to solve the problem. It turned into a very funny moment.” 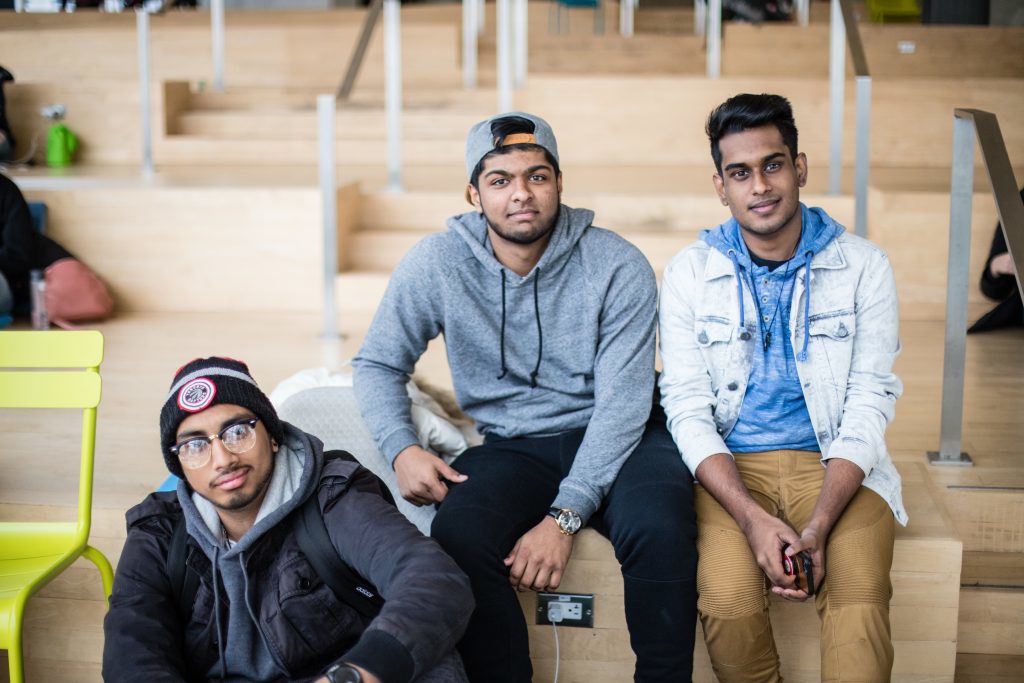 Janeevan Mohanathas, Rakib Ullah, and Johnathan Ramcharan are old high school buddies; however, they like to consider their relationship to be more like a family. Their go-to hang out spot is the sixth floor of the SLC. 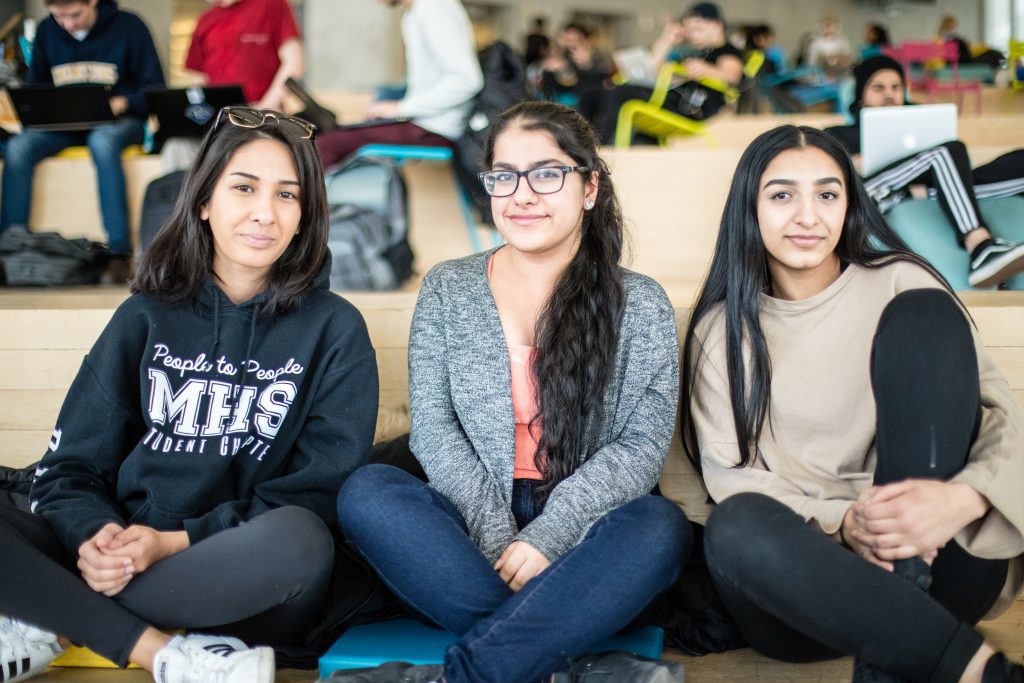 Bisma Jalil, Japneet Gudh and Ramnit Poonia have been best friends since high school. But ever since starting at Ryerson, the trio has barely gotten the chance to see each other. Despite this setback, they keep their friendship alive and cherish the time they do get to spend together. For these three, the best part of going to school with their closest friends is having someone to hang out – and more people to go get food with. 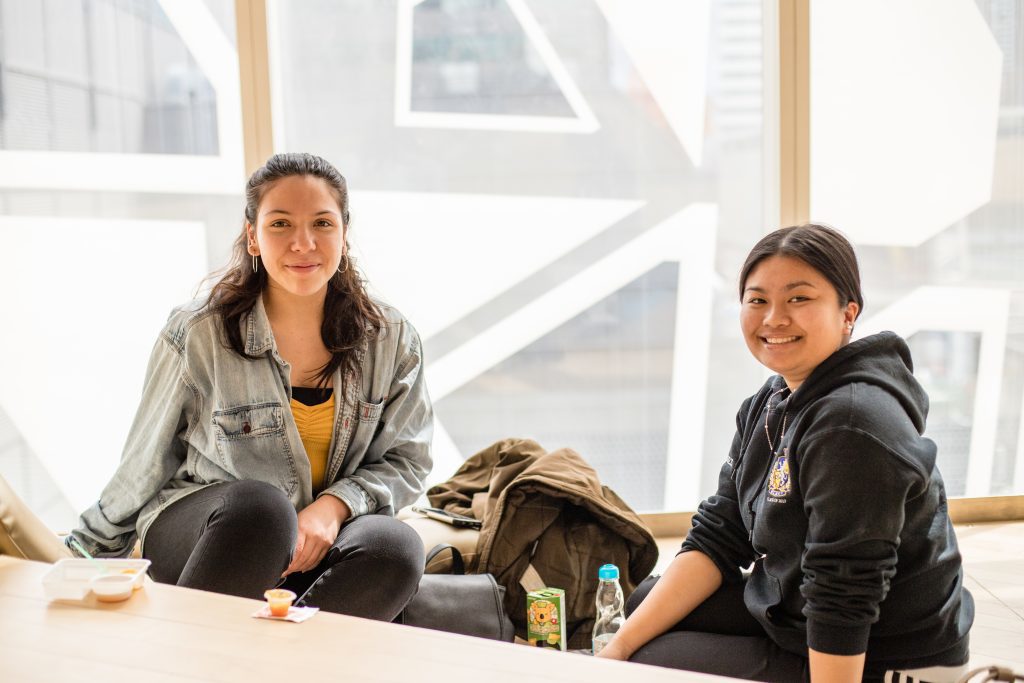 Psychology major Ariel Vancampen and photography major Jillian Hernandez have also been friends since high school. They sometimes find it hard to meet up at school, but when they get the chance, they like to do “random stuff” or even just go out to eat together. In fact, just before this picture was captured they had grabbed a meal at Warehouse. 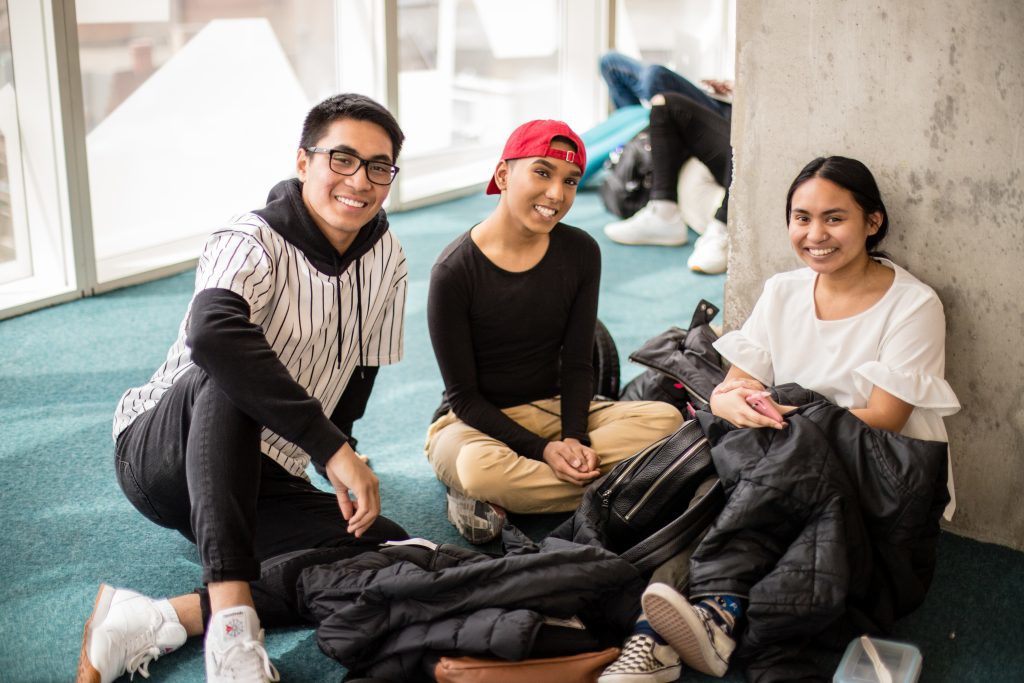 How did you guys meet?

“With us, we’re in the same program and it just so happened that in our tutorial we had to make groups for our project, and [decided to group together],” says Mohamed.

“We were sitting close to each other so we just asked ‘do you guys wanna be in the same group?’ and started talking from there,” says Phesisihan.

Do you think you guys are closer than your friends from high school?

Phesisihan: “Some friends definitely. I’ve been friends with my friends from high school for most of my life so I can’t really compare this to that, but like in terms of talking every day, I definitely talk to these guys a lot.”

Sebastian: “Yeah, I agree with that. I talk to them (Mohamed and Phesisihan) more, and [my high school friends] are a smaller group of friends that I’m close with.”

What do you think about the misconception that girls and guys can’t be friends?

Sebastian: “I think they can be friends, most of my friends are guys.”

Do you plan on staying friends after university? 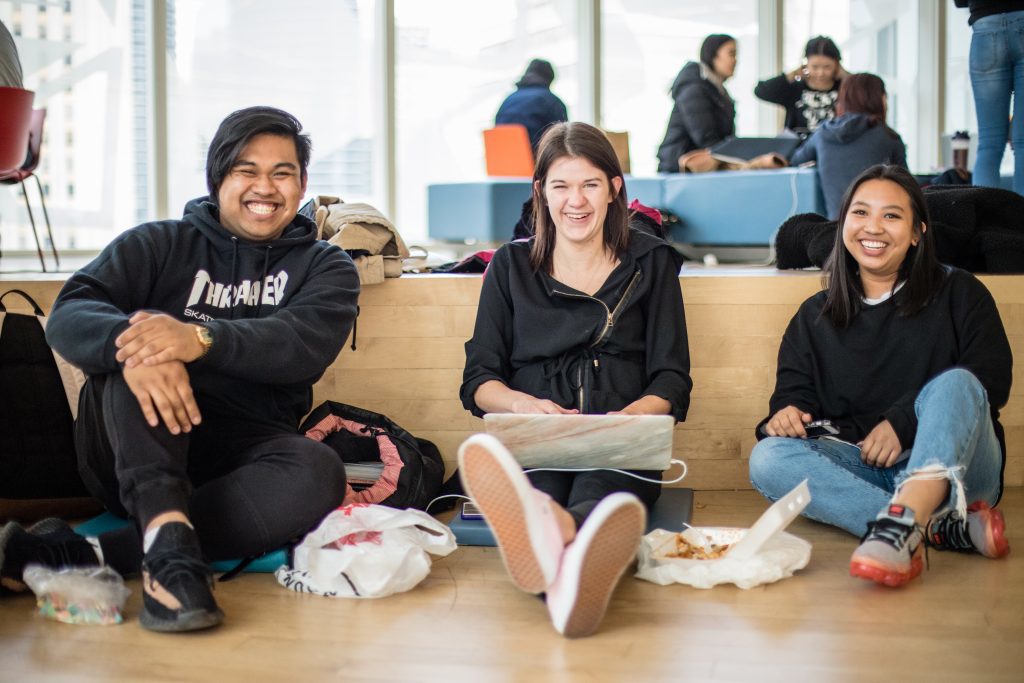 Ethan-Roi Villaluna, Elizabeth McNeill and Maygan Camson met through class when they had to make a group for a class assignment.

Camson: “I think our personalities clicked. We’re not all the same but we’re all super outgoing and not afraid to be social.”

McNeill: “Each of us complements each other’s personalities in a way. It’s not like we’re all the same, we all have something different, and it just works.”

What’s your favourite thing about each other?

Camson: “I think the two of them (McNeill and Villaluna) are really funny.”

Camson: “Elizabeth doesn’t try to be funny but it ends up being funny. We all have a different sense of humor which contributes something to our group. And even though it’s a fresh and new friendship, I can see us being friends for a while.”

TPS course is over, students want answers on why it happened