BlackBerry and the Innovator’s Dilemma

Comic originally appeared in the Oct. 2 issue of The Ryersonian. By Mitchell Cohen and Josh Kolm.

Only a couple years ago it would have been unthinkable for Canada’s largest telecom company not to collaborate with the biggest name in Canadian mobile tech on the release of a flagship product. But that happened yesterday when Rogers announced that it will not stock BlackBerry’s newest phone, the Z30.

Even in hindsight, it can be difficult to understand how the darling of an industry and a source of national pride could have slid so quickly into irrelevance. But what happened to BlackBerry was fundamentally simple: the company fell prey to the Innovator’s Dilemma.

Coined by Harvard business theorist Clayton Christensen, the Innovator’s Dilemma is another way of saying that disruptive technologies have a short shelf life.  A company can stockpile riches thanks to a revolutionary invention, but that single invention doesn’t guarantee the company any protection against future disruptions. It’s a concept that BlackBerry in recent years had entirely failed to understand.

It wasn’t just a messaging service that made the old BlackBerry phones so successful and beloved by their owners. In fact, it wasn’t any single feature.

Most of the pundits failed to understand it too. For a long time, the prevailing wisdom was that BlackBerry (then RIM) needed to release versions of its BlackBerry Messenger (BBM) service for the two newly-dominant mobile platforms — the Apple iPhone and phones running Google’s Android operating system. BBM had long been BlackBerry’s crown jewel, and the critics hoped that establishing its presence in the new mobile market would lock those users down into BlackBerry services and help the devices sell better.

That strategy already wasn’t compelling a year or two ago; most users had by then moved on to newer services such as Apple’s iMessage and WhatsApp, which offered most of the same functionality. When BlackBerry finally got around to acting on the advice, it was far too late. BBM for iOS and Android were released in September with little fanfare and lots of bugs, and were quickly pulled from their respective app stores. There’s a good chance the  apps will be re-released in the near future, but there’s a much smaller chance that they’ll bring anyone back into the fold.

But releasing BBM earlier wouldn’t have solved the real problem, which was that BlackBerry let itself be disrupted by new innovators. It wasn’t just a messaging service that made the old BlackBerry phones so successful and beloved by their owners. In fact, it wasn’t any single feature. It was the how the whole package solved a problem that no one else at the time had an answer for, and made life easier for people who needed fast, reliable email in their pockets.

The moment Apple and the other newcomers found better ways to solve that particular problem, BlackBerry needed to start working on the next big thing. Instead, it spent the last five years trying to keep up with competition that had eclipsed it.

By now, the only users still holding out for BBM are the ones still holding onto their old BlackBerrys. Unfortunately, those were never the people the company needed to impress. 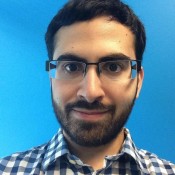