You’d think if you were having trouble selling phones at $150 a pop, a 150 per cent markup may be a bad idea – but Blackberry doesn’t think so.

The company today revealed a higher-end version of its latest phone, priced at $2,350.

The Blackberry P9982 with Porsche design is the upgraded model of the Blackberry Z10 and is made with stainless steel accents and a leather backing. Five-hundred lucky customers will be able to buy theirs with an exclusive crocodile leather case.

Blackberry unveiled the phone on the same day that its stock hit its lowest point in more than 10 years, according to a Globe and Mail report.

Over the past year, Blackberry’s sales have crashed and it has fired thousands of employees. Its stock fell 1.5 per cent and closed at C$6.35 Wednesday.

The new phone includes the new Blackberry 10.2 operating system and a keyboard that adapts to how the user types.

The phone is released Thursday exclusively at Harrods in London and it won’t be available in Canada until January 2014. 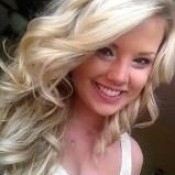