From the celebrities who have opened up publicly about their struggles with mental illness, including Lady Gaga and Michael Phelps, to the rise of popular conversations on social media about self-care, mental health has been one of the biggest discussions of the 2010s. “The past decade has brought about a more open, less stigmatizing dialogue around mental health and illness,” says Jill Daino, LCSW, a Talkspace therapist.

Surveys reveal a paradigm shift in public attitudes around mental illness. In a 2019 survey by the American Psychological Association, 87% of Americans agreed that having a mental illness is nothing to be ashamed of. At the same time, stigma remains, with 33% of American still reporting that “people with mental health disorders scare me.”

Increased awareness has, ironically, come with an increase in mental distress: in 2011, 50% of undergraduates reported “overwhelming anxiety;” by 2016, a full 65% reported the same. At the same time, experts say this increase may partly be a result of successful educational campaigns, which have given young people a greater ability to recognize the signs of mental distress and seek help.

But with prejudice still present, and issues like anxiety on the rise among young people, how far have we as a society really come in destigmatizing mental illness? Do social media discussions of self-care really yield lasting change? “Like any significant societal change, it takes time and goes through stages, from being a hot topic and buzz-worthy to really taking hold on a deeper more meaningful level,” says Daino.

As 2020 dawns, let’s take a look at the progress we’ve made toward this deeper, more meaningful change — and resolve to advance the conversation even further in the next decade.

While attitudes toward mental illness have grown more open in the past decade, stigma remains. And even when people do reach out, lack of access to affordable, culturally sensitive treatment remains a big challenge.

From medieval beliefs that people with mental illness were possessed, to contemporary myths holding that depression is just a matter of “attitude,” stigma around mental illness runs deep. While 50% of people will experience a serious mental illness at some point in their lives, shame makes it difficult for many of us to reach out.

Stigma can be so impactful, one 2010 study found that it was the most common reason people in treatment for mental illness didn’t follow their medication regimens.

There’s a serious lack of resources for treatment

This is exacerbated by a system that largely disregards mental health, or treats it as less important than bodily health. While we tend to think of stigma as negative beliefs and attitudes in our communities, it can also extend to the healthcare system itself, presenting barriers like limited insurance coverage for mental healthcare and limited access to therapy in rural or low-income communities.

The Public is Becoming More Aware

While substantial barriers remain, the past decade has witnessed widespread conversation about mental health. People, especially youth, have used social media to connect and build power and conversations around self-care have encouraged many people to take affirmative steps for their mental health, before problems unfold.

We often hear about social media use in a negative light. Indeed, in the past couple years, troubling studies have surfaced claiming that young people with increased social media exposure are at a higher risk of depression and anxiety.

More recent research, however, has found that the risk isn’t in the amount of time young people are spending online — it’s in how they are spending time online. Teens who engage more actively in social media rather than passively scrolling, get enough sleep, and share a positive tone have better outcomes than teens who engage in negative and passive social media use.

This is good news for mental health, because social media has also had a revolutionary effect: it allows people in the disability community, who may have been unable to find each other previously, form connections.

“[With] the explosion in social media outlets and increased education, awareness and openness it has been easier for people to discuss and normalize their experiences around mental health and illness,” says Daino. “This in turn has led to an ability for people to more readily access information and support.”

Like most forms of social progress, this shift is particularly evident among young people. “I think the younger generations are more and more accepting in a wide range of communities about disclosure around mental illness and seeing a therapist,” says Daino.

Seeing a therapist is becoming normalized

One positive offshoot of this increase in conversation around mental health is that, according to Daino, more of her clients view therapy as a means to increase their overall wellbeing, rather than as something to turn to in a crisis.

“I have found that many clients come to therapy having done some research prior to seeking treatment,” says Daino. “Some look for support around what they are experiencing, some look for information or a solution prior to seeking out a therapist.” She suggests further education and professional advice can help people sift through reliable versus potentially unreliable or harmful online information.

Daino says she’s also seen an increase in people taking the initiative to seek out a therapist as part of a plan for overall wellness. “It is not only seen as something people who are struggling need to do, it is also seen as something to do for one’s personal growth and well being,” she says.

We already have evidence that some approaches, like social media campaigns, work. In California, for example, researchers found that one social marketing campaign encouraging people to reach out for mental health help increased the likelihood that community members would seek treatment from 49% to 57%.

Meanwhile, there’s been a push to teach mental health in public schools, with two states, New York and Virginia, now requiring these courses.

Beyond wide-scale public campaigns, Daino stresses that people in positions of community leadership are part of the solution. “There are also roles for other key people in our society such as teachers, religious leaders, non-psychiatric medical professionals, who can be a point of outreach that people turn to for guidance,” Daino says. “For example, in early childhood education it begins with talking about feelings, and with older students discussing stress, anxiety, depression.”

In order to truly destigmatize mental illness, advocates stress the importance of tailoring outreach to specific communities’ needs. “I work with a variety of clients from varied cultural backgrounds who have families in which some members still have a hard time accepting treatment providers,” says Daino.

While seeing a therapist may be normal for, say, a wealthy New Yorker, it can be a more stigmatizing experience for a rural person, someone from a low-income background, or someone from a group traditionally excluded from psychiatric establishments, like black Americans. Meanwhile, cultural stereotypes, like toxic masculinity and transphobia, can prevent people from seeking help based on gender or sexuality.

To counter this, public health campaigns are increasingly focused on access for underserved communities. Campaigns targeting groups who may have a difficult time reaching out or whose concerns may be misunderstood, like African Americans and men, can offer help that is relevant to communities’ unique lives and struggles.

How you can help

In an age where social media constantly bombards us with news of the issue du jour, it can feel like your voice is just a drop in the ocean. But the truth is, every drop does count, and every person who shares their own experience — whether online or in a one-on-one conversation with a friend — paves the way for a more open society.

“The more we can educate, support, and normalize mental health concerns the easier it becomes for an individual to reach out for help and not suffer alone,” says Daino.

Reina Gattuso writes about food and agriculture, gender and sexuality, and mental health. Her writing has appeared in Time, The Washington Post, and Atlas Obscura, and her work on sexuality and consent has been cited in Duke Law Journal and other academic publications. She was a 2015-2016 Fulbright fellow in New Delhi, India.

4 Ways to Start Fresh in the New Decade

Dealing With Hangover from the Holidays 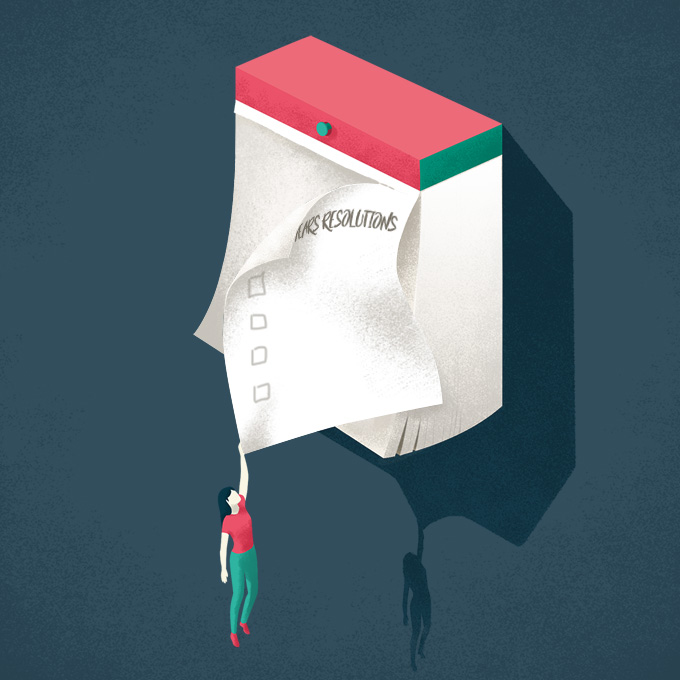 Read More
Published on: 21 Feb 2017
Some 80% of New Years’ resolutions have failed by mid February. Does that figure include you? For far… 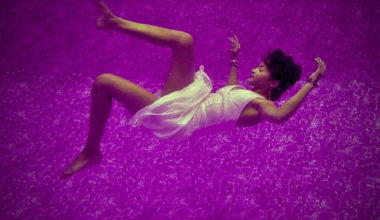 Clinically Reviewed by Cynthia V. Catchings LCSW-S
All of us, at one point or another, wake up from a deep sleep with a feeling or…

Read More
Published on: 31 Dec 2018
“Have you considered not setting any New Year’s resolutions this year?” my therapist asked me. Was she serious?…

Get the Talkspace App