Ryerson University president Mohamed Lachemi says plans to expand a campus to Brampton will mark a new and exciting direction for the school.

Lachemi told the Ryersonian Monday that a proposal for a shared campus with Sheridan College is not just a way to deal with the space crunch that Ryerson’s downtown Toronto campus faces. He said it also sets the university on a new “journey.”

“We are in a situation where we have a campus that is kind of landlocked,” Lachemi said. “It’s the beginning, in my opinion, of a journey because this is the first time that Ryerson is thinking of having a presence outside of downtown Toronto.”

He made the comments just five days after Brampton city council committed to invest $50 million over the course of 10 years towards the partnership between Ryerson and Sheridan College, along with $100 million for a joint-use community centre near the proposed campus in Brampton.

Mayor of Brampton Linda Jeffrey, pledged in her election campaign to bring a university to the city.

“We see it as a very positive announcement, first of all, that Ryerson wanted to be our partner, and for council to agree that we want to align ourselves [and] city-build with Ryerson and Sheridan College,” said Jeffrey.

Despite being among the top 10 cities in the country by population, Brampton still does not have a university campus.

Brampton city councillor Gurpreet Dhillon says this has been one of the biggest issues for decades.

“This is a game-changer. I cannot emphasize how important this decision was today.”

The new institution’s programming will be focused on STEAM (science, technology, engineering, arts and math), with an emphasis on advanced technology. The funding approval comes in addition to $180 million from the Government of Ontario to be divided between new learning institutions in Brampton and Milton.

“Ryerson already has a great reputation, but this is going to grow it to a new level,” said Jeffrey.

Lachemi said it is too soon to know when construction on the campus will begin. 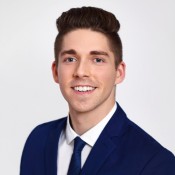