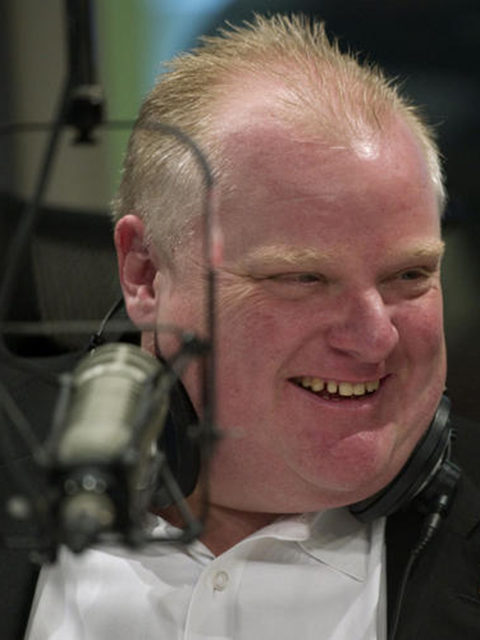 Former mayor Rob Ford had been battling cancer since late 2014. (Courtesy of Flickr)

Former mayor Rob Ford has died at the age of 46 after a long battle with a rare form of cancer.

“With heavy hearts and profound sadness the Ford family announces the passing of their beloved son, brother and husband, and father,” said the statement,

The family is asking that citizens respect their privacy and join them in their grieving and prayers.

“I am saddened to learn about the passing of Rob Ford: husband, father, city councillor, and former mayor of Toronto,” said Tory.

“He was a man who spoke his mind and ran for office because of the deeply felt convictions that he had.”

Tory said he had a chance to visit Ford in the hospital.

“He was happy to hear me say I looked forward to his return to city hall,” said Tory. “He was, above all else, a profoundly human guy whose presence in our city will be missed.”

Premier Kathleen Wynne has released a statement. “Rob Ford earned widespread respect for his unwavering persistence in the face of serious health concerns.”

My hope is that Torontonians will remember Rob Ford for his accomplishments and unswerving dedication to our city. #RIPRobFord

Jonathan Goldsbie posted a photo of Ford in good spirits at his last Council meeting.

Chris Jones, who wrote a profile for Esquire on the late Ford in 2014, tweeted a good summary.

Former Toronto Mayor Rob Ford has died. He did some good things; he did a lot of bad things; cancer is the worst thing.

Toronto Star reporter Betsey Powell talked to Councillor John Filion who was writing a biography about Ford. He said that two days before the former mayor’s cancer recurred he was ready for a second chance.

Cllr Filion, a Ford biographer, says the late councillor, two days before his cancer recurred, told him he was ready for his second chance

The flags in the city will be flying at half mast at city hall, Metro Hall and civic centres today in honour of Ford’s death.

Canadian Cancer Society tweeted that they will be wearing their daffodils for Ford and his family today.

Today we’re wearing our daffodils for @TorontoRobFord & his family. Our condolences to his loved ones. #JoinTheFight pic.twitter.com/nxYKQJruLg

Ryersonian reporter Saheel Shah reached out to Robyn Doolittle, a Ryerson graduate who broke the story about Ford’s infamous crack cocaine video and then wrote a book about him. She said, “This wasn’t a shock. It’s certainly very sad. Everyone of course is feeling for his children and his wife, no matter what you thought of Rob Ford.”

Rob Ford fought cancer with courage and determination. My condolences and best wishes to the Ford family today.

Jimmy Kimmel, the American talk show host who interviewed Ford in 2014, expressed how unforgettable the former mayor was.

Condolences to the family and fans of @TorontoRobFord – an unforgettable guy who loved his job and city like few men I’ve met.

A book of condolences is set up in Toronto city hall for members of the public to leave a note in his memory. You can also leave a message here.

Federal budget 2016: what to expect