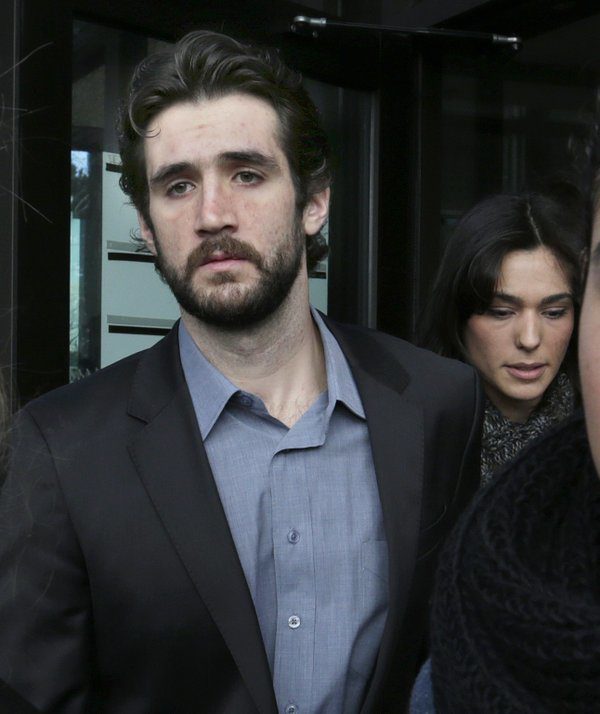 Marco Muzzo, the impaired driver who killed four people and injured two others, has been sentenced to 10 years in prison.

The sentence was announced by Ontario Superior Court Justice Michelle Fuerst on March 29 in a Newmarket, Ont., courthouse.

“I don’t have anyone left to call me mom. Not one left,” said Jennifer Neville-Lake, the mother of the three children killed in the crash.

Muzzo will be banned from driving for 12 years after the completion of his prison sentence.

Muzzo’s SUV collided with the Neville-Lake minivan at Kipling Ave. and Kirby Rd. on Sept. 27, 2015.

His blood-alcohol level at the time of the crash was 0.19 to 0.25 per cent, which is two to three times the legal limit in Ontario.

Two others were injured in the crash.

The defence filed 92 letters of support from people who knew Muzzo, describing him as a hard-working and respectful man.

Fuerst said her sentencing was based on the risk that Muzzo took in driving his car, knowing it would put others in danger, and his history of previous speeding convictions that demonstrated his “irresponsible attitude” towards driving.

Fuerst said that Muzzo’s sentence must send a message to deter others from taking the same risk.

There was no precedent for the judge to reference when determining Muzzo’s sentence, said Crown lawyer Paul Tait.

This was due to the number of victims and their ages. Tait said Muzzo’s actions were comparable to “having a loaded gun (and) walking down the street.”

What I Learned At Ryerson: First Impressions Really Are A Big Deal

“My children never took a bad photo, even as they were dying”