Ryerson University has officially announced that the convocation scheduled for June will now be held in the fall.

In an announcement released on Ryerson Today, president Mohamed Lachemi said the decision was made to prevent further spread of COVID-19

“We know that attending convocation is a rite of passage for graduates, and a time of celebration for their families, friends, professors and instructors,” said Lachemi in the news release. “Though we are deeply disappointed that we can’t recognize our graduates’ achievements with spring convocation ceremonies at this time, ensuring the continued health and safety of our community remains our primary concern.”

According to the statement, students who will graduate this spring will still be awarded their degree or certificate.

The university is considering a virtual celebration for students who were set to graduate in June, but students are still going to be invited to attend the fall convocation.

“Ryerson is actively exploring options for a virtual or alternative celebration in June. Once plans for the fall convocation ceremonies are finalized in the coming months, the university will reach out to invite spring graduates to participate in the fall ceremonies,” said Lachemi in the statement.

Initially, the university was still planning on holding spring convocation, despite other Toronto post-secondary schools deciding to move their ceremonies to the fall, as reported by the Ryersonian.

The decision by the university comes after University of Toronto announced on Thursday that the school will cancel its upcoming spring convocation. 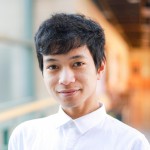 Mixed emotions from students working from home during COVID-19