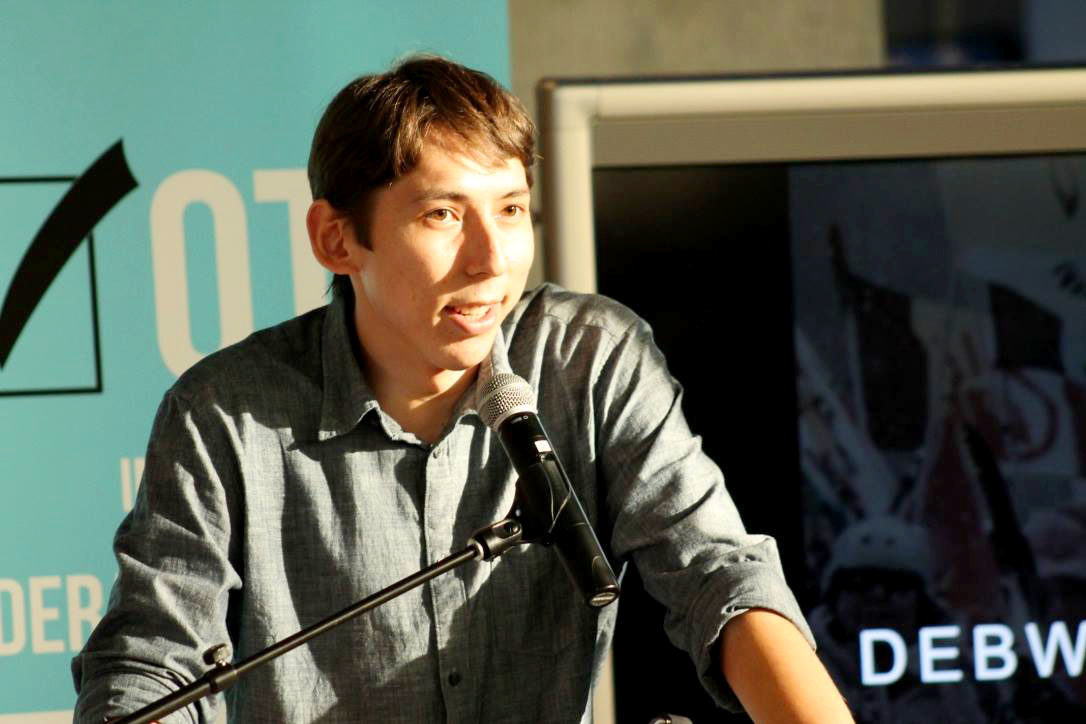 In Ojibwa, a tree is not called a tree, Kyle Edwards explains, because a tree is something that will eventually fall to the ground. In Ojibwa, words are rarely used to label, but rather to describe an object’s relationship with the world around it.

Edwards is Anishinaabe from Lake Manitoba First Nation, a First Nations people who live on Dog Creek 46, a federal reserve in Manitoba. Currently, the 23-year-old Ryerson journalism student is halfway around the world studying on an exchange in London. He’s quick to point out that studying in English – as he does – likely means he has little chance of gaining fluency in his ancestral language, which only has about 9,000 speakers left today.

“I know words and little phrases, but I can’t speak it fluently,” Edwards said. “It’s incredibly difficult, especially when you’re in an urban place like Toronto.”

According to the United Nations Educational, Scientific and Cultural Organization (UNESCO) over 80 indigenous languages and dialects in Canada are on the brink of extinction. Fifteen of these dying languages are in Ontario alone.

Last year, the Truth and Reconciliation Commission (TRC) published its final report on the cultural genocide of indigenous people caused by the residential school system. Included in the report are 94 recommendations to Canada and its governing bodies, some of which address the revitalization of endangered languages. For example, Section 16 reads: “We call upon post-secondary institutions to create university and college degree and diploma programs in aboriginal languages.”

During the era of the residential school system, around 150,000 children were taken from their family homes and placed into English-speaking boarding schools. The government ensured these children had little to no contact with their communities in an attempt to, as the thinking went, “kill the Indian in the child.” The government’s systematic erasure of indigenous cultures took with it entire histories, traditions and languages, a loss that many aboriginal communities are still reeling from today. 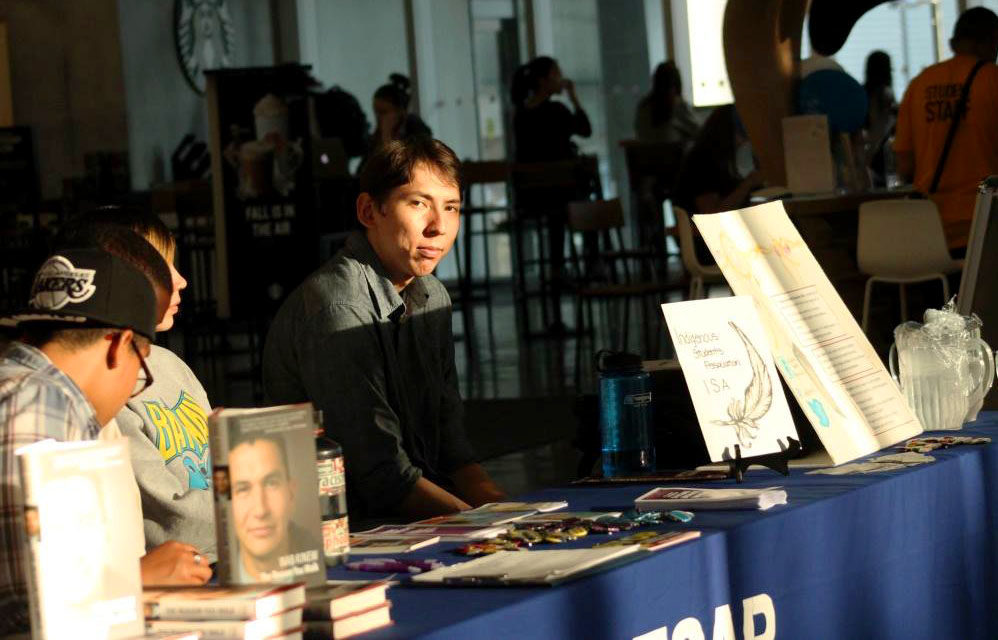 “As an indigenous woman from an indigenous community, I’m going to speak in my language, the language that my mother spoke to me,” said Andrea Chrisjohn, the board designate of the Toronto Council Fire Native Cultural Centre. “That’s something people weren’t able to do during the residential school era.”

Chrisjohn is a member of the Ohwakli (bear) clan family of the On^yota’a:ka Nation. She was also one of the panellists at “The Truth and Reconciliation Calls to Action at Ryerson” event last Thursday that took place in the Ryerson Student Centre. Chrisjohn opened the discussion in her mother tongue of Oneida.

The event was organized by students, staff members and campus groups in an attempt to bring Ryerson one step closer to fulfilling the TRC’s recommendations for post-secondary institutions.

“Universities have the power to not only help with the recommendations on education, but they can help implement other recommendations as well,” said Kimberly Murray, the former executive director of the TRC and a fellow panellist. “Reconciliation needs to happen at every level within institutions.”

This lack of attention to indigenous cultures is especially ironic at Ryerson, a university that is named after the man, Egerton Ryerson, who essentially blueprinted the residential school system.

While Ryerson had no role in implementing the schools, his study of native education was used by the then-called Department of Indian Affairs and Northern Development to build the nationwide system.

The last residential school was shut down in 1996, but the system led to serious problems, many of which are still being felt today in the indigenous communities.

“Language was just something that was never really passed down,” Edwards said. ”After all of the terrible things that happened to indigenous children, parents believed that it was more beneficial for their kids to learn English.”

Growing up, Edwards would listen to his grandparents speak Ojibwa with the older members of the community. He would pick up words here and there, but could never fully understand or speak the language. The disconnect grew when he attended a diverse, largely non-indigenous high school off of his reserve.

He eventually journeyed to Ryerson and, although he was far from home, he felt compelled to reconnect with his roots. He reached out to other indigenous students on campus and eventually helped to form the Indigenous Students’ Association (ISA).

“At the ISA, we talk about it all the time- how cool it would be to have an indigenous language course,” Edwards said. “We really try to be that bridge between Ryerson’s faculty and students, but at the end of the day the university is a bureaucracy and it’s very difficult to make our voices heard.”

“The language is a part of who we are as a people and it links us strongly to cultural practices and the understanding of how we express things,” -Rebecca Jamieson

Edwards took Ojibwa at the Native Canadian Centre of Toronto, but dropped the class after three weeks of struggling to balance the extracurricular on top of his school work. Very few universities have worked indigenous classes into their curriculum, meaning students who wish to learn their ancestral languages must seek outside resources.

Six Nations Polytechnic (SNP) is a post-secondary institution in Ohsweken, Ont. It recently introduced an immersive bachelor of arts degree that focuses on two endangered indigenous languages: Mohawk and Cayuga. The school is not merely a place to learn these languages, but also acts as a hub for preserving and revitalizing this aspect of these cultures.

“The language is a part of who we are as a people and it links us strongly to cultural practices and the understanding of how we express things,” said Rebecca Jamieson, the CEO and president of SNP. “Once you lose your language, you lose a whole part of your entity.”

This is the first time the provincial government has allowed a First Nations post-secondary institution to offer its own degree. Twenty-four students are currently enrolled in the program. “Most of the students coming to us have already studied some aspect of the language already,” Jamieson said. “So it’s not just theoretical. It’s understanding the underpinnings of the language, rather than just speaking it.”

For many indigenous cultures, language is much more than words and their meanings. Entire histories have been passed down through oral communication in languages that are deeply entwined with personal identity, traditions and spirituality.

“A language is at risk of dying when it stops evolving,” said Marco Fiola, the chair of Ryerson’s languages, literatures and cultures department.

The evolution of indigenous languages was halted with the implementation of residential schools, so many remain somewhat frozen in time.

While working with indigenous communities in the Yukon in the mid-1990s, Fiola noticed that fluent speakers of various languages were very competent in talking about the home, the family and the culture. However, many speakers had trouble when describing the modern world.

From a linguist’s perspective, Fiola said that revitalization includes the adoption and creation of new words. However, in order to do this, he says, more resources are needed in places like post-secondary institutions.

“Universities, open your doors,” Murray said, concluding the panel discussion. “Let’s make sure every Ryerson student is graduating with knowledge of indigenous history and knowledge of what land we’re on.”

A basket of tobacco sits outside of the double-door entrance to Tecumseh Room in the Ryerson Student Centre. Each guest at the panel discussion has been offered a tie of this sacred medicine to infuse with good thoughts. At the end of the event, a helper recollects the ties, plumped with positive energy. Every prayer, message and warm wish felt by indigenous attendees and their allies will be presented to a sacred fire, through which they will float into the universe as an offering to the Creator.

“They say language is culture and culture is language,” Edwards said, his deep and well-paced voice humming over the crackle of a phone call. “The spirit of the language is very important to indigenous people. Losing that,” he said, before a long pause, “losing that would be a shame.”