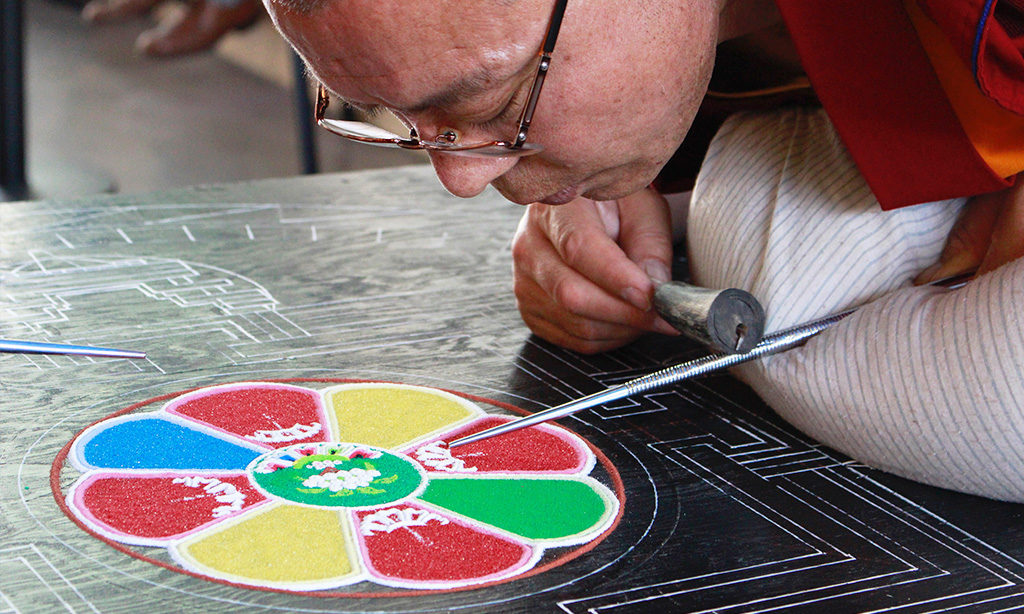 Ryerson’s first ever Tibet Week is taking place on the ground floor of the Student Learning Centre until Friday, Nov. 18. The event is being held by Students for A Free Tibet Ryerson, a political student group that seeks to raise awareness about Tibetan culture, tradition and history, as well as about the current political situation in Tibet.

“We’re trying to amplify the voices of Tibetans living inside, those who don’t have voices,” said Tenzin Lhawang, the president of the student group and a third-year business and technology management student.

Tibet Week is the biggest event that the group has ever organized. Throughout the week, they will be asking students to sign petitions and will be raising funds for their student group by selling a variety of items, such as artifacts, books, shawls and Tibetan cuisine.

The highlight of the event is the sand mandala being made by Tibetan monks, which will be finished on Friday. Lhawang calls the mandala a pathway to meditation.

Samten Lobsang is one of the Tibetan monks making the sand mandala. He travelled to Toronto for the event from Montreal, where he has lived for 17 years. “It’s almost like a key to being calm, happiness,” said Lobsang through his translator. He said that it takes the monks four to five years to learn the craft.

The event took the student group a little over a month to organize.The closing ceremony will be on Friday at 4:30 p.m., where the monks will clear away the finished sand mandala. Also featured in the ceremony will be Tibetan opera singers.

Using the funds raised from the week, the student group plans to hold an advocacy event next semester. They also welcome everyone to join their group.

“This group is not only for Tibetans, it’s for non-Tibetans, allies, whoever…,” said Lhawang.

Correction: Mandalas are allowed in Tibet, an earlier version had an incorrect sentence on this.