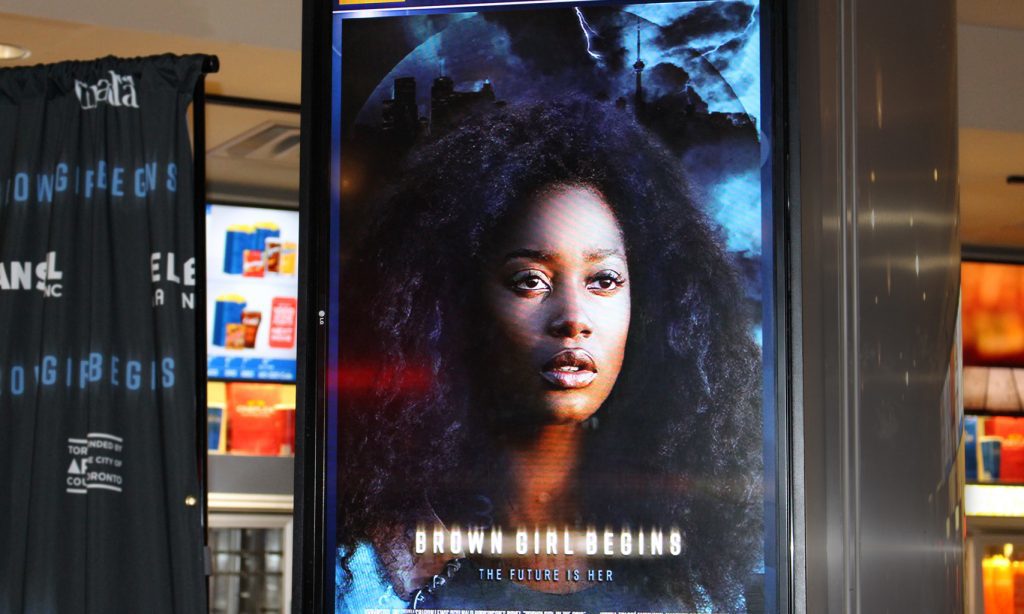 In an age where a massive box-office hit like Black Panther is celebrating black culture on the big screen, the timing couldn’t have been more perfect for Brown Girl Begins to air a special screening at the Yonge-Dundas Cineplex theatre.

“Right now, people — and when I say people, I mean the mainstream media — are open to exploring the idea that Black sci-fi sells,” says director Sharon Lewis. “I don’t think we would have ever got the kind of coverage we’re getting if Black Panther wasn’t out right now.”

Brown Girl Begins initially premièred last year, but is now receiving renewed interest and cultural relevance in a post-Black Panther world. Set in a post-apocalyptic Toronto in the year 2049, the film centres on a young priestess named Ti-Jeanne who risks sacrificing her life to Caribbean spirits in order to save her people.

The special screening was such a hit that Cineplex decided to add more screenings through March 15 — an entire week longer than its initial run of March 2 to 8.

“When we premièred in September in New York, it was good but there wasn’t the kind of energy or zeitgeist feeling that we’re in right now,” says Lewis.

The film is a coming-of-age story about a young black woman’s journey of self-discovery and self-actualization, which, as Lewis mentioned during the post-screening panel, is necessary to be seen in more films. Black women, Lewis says, are often excluded from all genres of film, especially in sci-fi. If they are featured in the film, there are often only one or two of them used as a token characters in an attempt to achieve superficial diversity.

“In the movie, you get to actually see a story through a young black woman’s eyes,” says Lewis. “This isn’t a secondary character. This isn’t through the male protagonist’s eye. This is through her eyes and it’s written by a woman of colour. I think that’s radical.”

The industry is beginning to shift with game-changing women like Ava DuVernay (director of the 2018 film A Wrinkle in Time and the first black female director to have her movie nominated for an Oscar) leading the film and television world. Lewis looks to her for inspiration because of DuVernay’s commitment to hire all women of colour in her TV series, Queen Sugar.

As for young women who want to follow DuVernay’s footsteps, Lewis’s advice is to just go for it.

“Get together with a group of women of colour and tell your own story and shoot it and edit it because that’s possible.”

Brown Girl Begins was a film 20 years in the making, with the initial plan of adapting Canadian author Nalo Hopkinson’s novel Brown Girl in the Ring into a film. Due to her scant resources, Lewis opted instead to do a prequel while keeping the same theme. During those 20 years, she kept working on her craft by creating short films and directing over 100 hours of television.

“Although I heard ‘no’ and sometimes I’d put the project down for a while, I picked it up again,” says Lewis. “If there’s a project that you have out there that you need to do — that you can’t imagine [not] doing — do it. Find a way to do it.”