Bruce McArthur, who police are now describing as an “alleged serial killer,” has been charged with three additional counts of first-degree murder.

Police said today that the remains of at least three dismembered bodies were found in the backyard of McArthur’s storage property at 53 Mallory Cres.

The remains have not been identified and police suspect there are more bodies connected to disappearances in the Church/Wellesley village area.

In a press conference today, Det.-Sgt. Hank Idsinga gave an update on the case of McArthur, 66, who is now charged with five counts of first-degree murder.

He worked as a landscaper and police say they’ve found remains at multiple properties connected to him. The bodies that have been recovered were found at the bottom of large plant pots.

“We do believe there are more [murders], and I have no idea how many more there are going to be,” said Idsinga.

However, remains could be buried all over Toronto. Homeowners who hired McArthur for landscaping are being urged to contact police. “It certainly encompasses more than the gay community, it encompasses the city of Toronto,” said Idsinga.

While police do not know the full extent of this case, Idsinga said he’s never seen anything like this before.

When asked if McArthur’s case was comparable to Canada’s most infamous serial killer, Robert Pickton, Idsinga said police weren’t sure, but wouldn’t rule it out.

Police previously charged McArthur with the deaths of Andrew Kinsman, 49, and Selim Esen, 44 even though none of the remains have been identified.

At this time, almost all the victims are males who were associated with the gay village and of Middle Eastern descent, leading police to believe McArthur is an alleged serial killer. 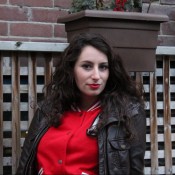 Condo tower to replace restaurant block on Dundas and Church