Campus radio poised for a return to the dial

The student-run The Scope could be broadcasting on the dial by late 2015. (Deanne Bender/Ryersonian)

After three years of radio silence, Ryerson is getting closer to riding the airwaves again.

A student-run radio station, The Scope, is preparing for a Sept. 25 hearing with the Canadian Radio-television and Telecommunications Commission (CRTC). If successful, the student-run community radio station could be broadcasting on the dial by late 2015.

The university’s last community radio station, the controversial CKLN-FM, had its licence revoked in 2011 due to governance issues; CRTC cited non-compliance with its regulations. The station’s 88.1 FM frequency was opened up, and the student-run Radio Ryerson mounted an unsuccessful bid for it in 2011. Radio Ryerson formed The Scope soon after, and has been broadcasting online since.

CKLN-FM’s frequency was given to the music station Indie88 in September 2012.

The Scope’s current application, which was submitted last December, would see the station transmit on the less competitive AM dial. The September hearing date was set in July.

“It’s a project that I believe in, and we’ve done a lot of work to show what we are capable of,” she said. “Hopefully that comes through within the documentation that we have sent.”

The proposed 99-watt signal would make The Scope a true community station — its modest geographical reach would extend roughly from the lakeshore to Dupont Street in the north, Broadview Avenue in the east and Dufferin Street in the west.

Matthews said she hopes that The Scope’s application will be approved by the end of this year. In an email, Scope general manager Jacky Tuinstra Harrison estimated it would take about a year following approval for broadcasting to get up and running.

The Scope’s web-based stream currently provides six hours of original daily programming. Matthews said she hopes the station’s growing online presence will improve its chances of securing a place on the AM band.

“The 88.1 application was a lot of really great ideas, but it was very like, ‘This is what we would do, here’s these ideas,’” she said. “And now we’re actually creating the programs.”

In August, the station launched a 30-day letter-writing campaign to bolster support for its application. Matthews estimates they received more than 300 letters of support, including ones from Ward 27 Coun. Kristyn Wong-Tam and former mayor David Crombie.

The Scope’s decision to push for a spot on the AM dial appears partly financially motivated. A $10.35 student levy was approved in 2011, but the station will not receive any money unless it secures a licence from the CRTC.

In the meantime, The Scope is welcoming new volunteers as it gears up for the new school year. After attending the station’s free training sessions, students can apply to design and produce their own shows.

“Our station is open to any member of the campus or the community at large,” said Matthews. “Campus radio is for everyone.” 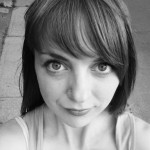