Canada gets first 4DX movie theatre at Yonge and Dundas 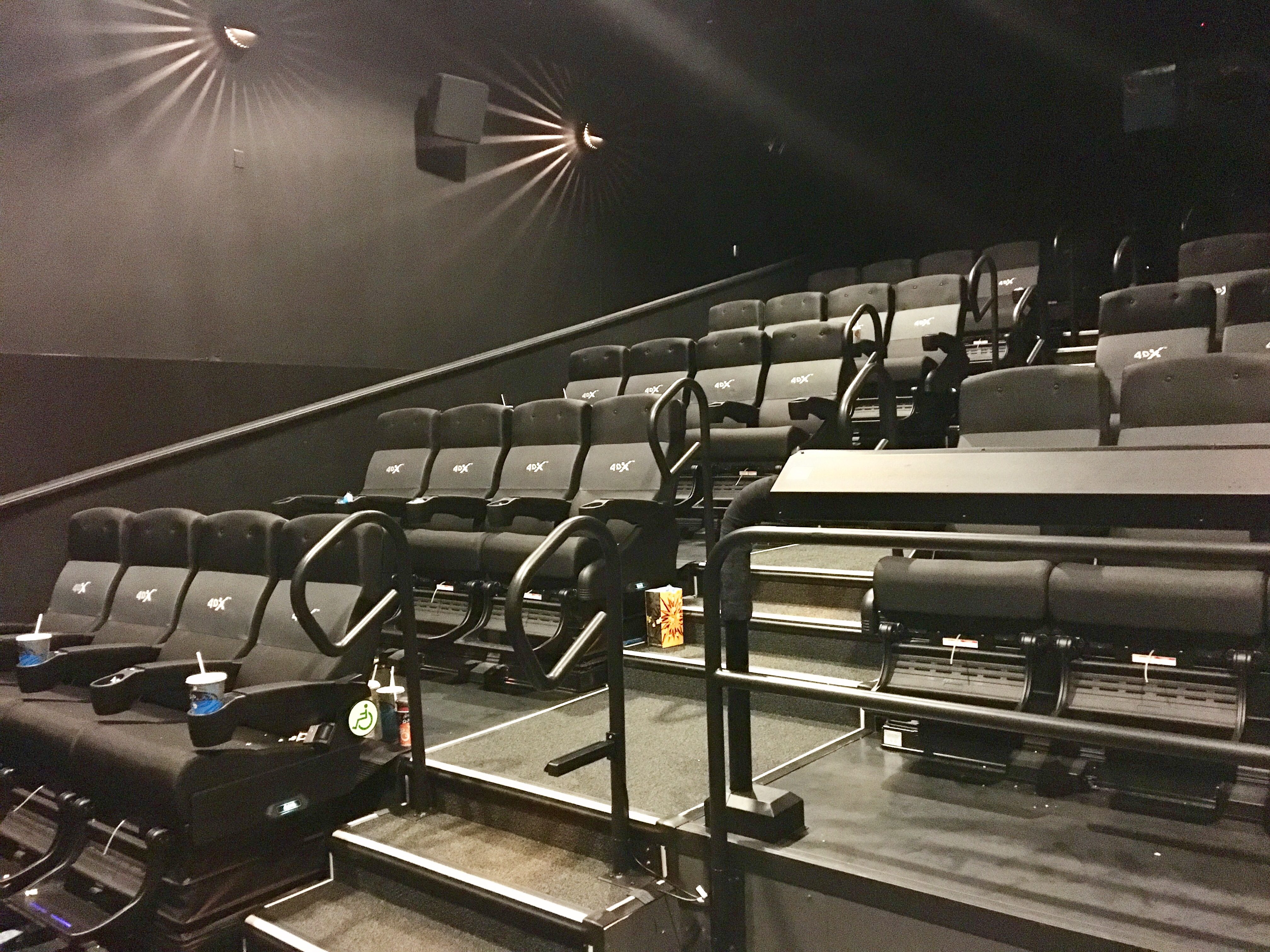 Canada has received its first 4DX auditorium at Cineplex Cinemas on Yonge and Dundas Streets and the new theatre experience is getting great reviews.

“The response we’ve gotten has been overwhelmingly positive,” said Sarah Van Lange, the director of communications at Cineplex. “We were anticipating Canadians to love 4DX but we weren’t expecting almost every show to be sold out.”

Viewers can now feel like they’re living in the movie they’re watching as the new 4DX technology taps into almost all of the senses.

“The way Canadians have been watching movies has changed over the years,” said Van Lange. “Our guests want an experience, they want an escape.”

Cineplex’s 4DX auditorium features 80 specially designed motion seats which are equipped with three base movements to heave up and down, to pitch left and right, and to tilt or roll  backwards and forwards. This is supposed to create a variety of combinations to mimic such actions as flying and driving. Moviegoers have been enjoying these features since Nov. 4.

“I think it makes sense because it’s something you can’t do at home,” said Mikael Raheem, who saw the movie ‘Dr. Strange’ in 4DX.

The motion seats are accompanied by multiple environmental effects that synchronize with surroundings or actions in the movie.

“I thought it was interesting,” said Raheem. ” It was cool with the rain and smoke, that stuff really adds to the experience.”

Smoke and rain are only a couple of features that viewers will experience during a 4DX film. Snow, wind, scents, lightning and bubbles are also things the viewers may experience. 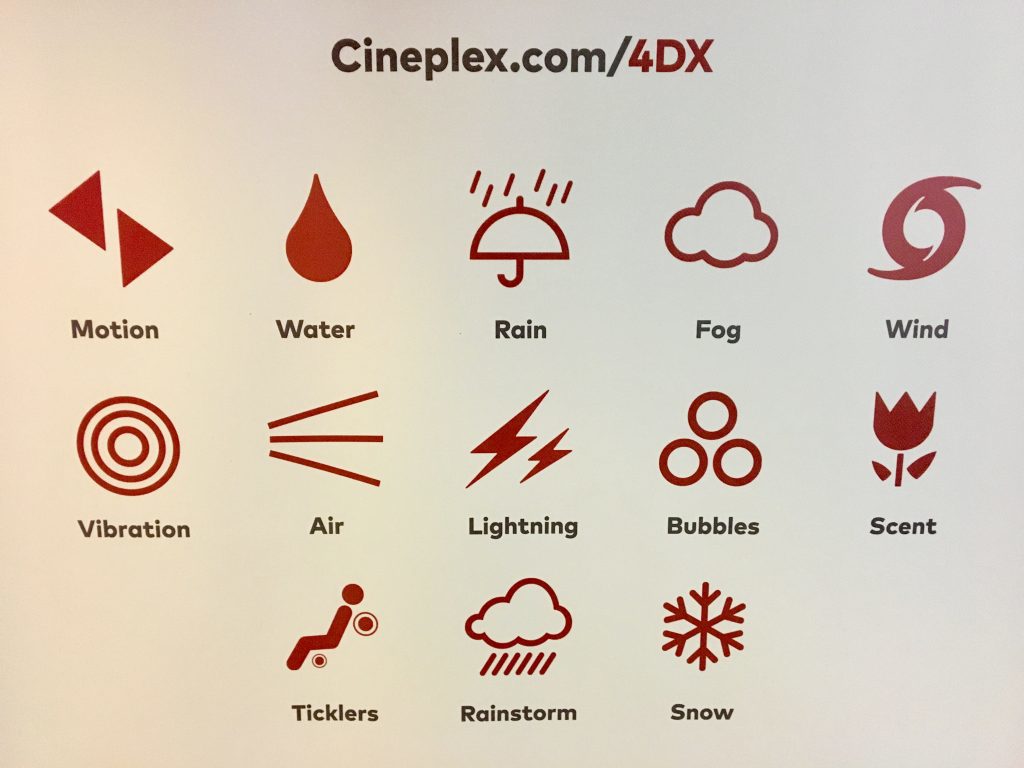 A legend that shows what features 4DX may provide during a movie. (Selena Singh)

“I usually don’t like sitting at the very front of the theatre,” said Amber Larsen, who also saw ‘Dr. Strange’ in 4XD. “But I liked being at the front for 4DX because I think we got more out of the fog and effects!”

The first and only movie currently playing in the new Yonge and Dundas theatre is ‘Dr. Strange’, a Marvel film that contains a number of action scenes, along with a variety of environmental changes that happen throughout the film.

“I think it really worked for this film,” said Larsen. “I don’t think I want to see a romantic comedy in 4DX.”

CJ 4DPLEX is the worlds first 4D cinema company and created 4DX to provide moviegoers with an immersive cinematic experience. The company partnered with Cineplex, making the Toronto auditorium its 300th screen to open worldwide.

“We’re passionate about offering our guests new entertainment choices and we’re proud that we can officially add 4DX to our growing list of premium movie experiences,” said Ellis Jacob, president and CEO of Cineplex Entertainment. “4DX harnesses the very latest in film technology from around the world and we are really pleased to be the first to introduce the experience to Canada.”

The fact that it’s the only theatre in Canada that provides the 4DX experience could be an attraction for tourists to cross-off their bucket lists while they visit Toronto. Cineplex says they picked the Yonge-Dundas location because it’s a heavily trafficked tourists area making it a destination experience.

“We’re from Edmonton,” said Raheem. “So we knew we probably wouldn’t be able to experience this anywhere else.”

Although the sensory experience may be exciting for some viewers, it’s not suitable for everyone. There are some safety precautions to go through before seeing a film in 4DX.

People that may not be suitable to watch 4DX films include:

More 4DX safety information is offered on the cineplex website.

RyersonianTV: November 11, 2016 – Remembrance Day, anti-Trump protests in the U.S. and the death of a Canadian legend