Speakers at the Queering Black History Month event on Feb. 28 deplored Uganda’s recent homophobic laws — with some saying Canada should offer asylum to those affected.

On Feb. 24, Ugandan President Yoweri Museveni signed a bill that sets life imprisonment as the maximum penalty for gay sex. The day after, a local newspaper published the names of the “top 200 homosexuals.” In response, Scotland expressed its desire to offer asylum to all gay Ugandans. Canadian officials have condemned the law, but have not taken any concrete action.

Asylum, however, is still a reactionary measure, the panel speakers said, and does not touch on the root of the problem.

The fourth annual event was held at the Student Campus Centre. It consisted of a panel with Mia McKenzie, founder of the online publication Black Girl Dangerous; Monica Forrester, an educator and activist; and janaya khan, an activist and kick-boxer.

The night’s events also included an art showcase of two LGBTQ artists, Jah Grey and Nadijah Robinson. The event’s purpose is to “reflect, celebrate, honour and complicate” the experience of queer and trans people in the African, black and Caribbean communities.

Christopher Smith, a PhD candidate at the University of Toronto studying the black queer diaspora, moderated the discussion. Some media have reported that U.S. conservatives are directly behind the bill’s passing. “The case of Uganda, in particular, is a perfect example of the pervasiveness of anti-blackness,” Smith said.

Canada currently accepts gay asylum-seekers in the same way it accepts members of other persecuted groups. The application process can be tedious and rejection is a known possibility.

Last year, Immigration Minister Chris Alexander said the refugee board would look favourably on gay Russians after the country passed new homophobic laws. His ministry, however, has not yet commented on the situation in Uganda.

Queering Black History Month was founded to foster a dialogue on the experiences of gay and transgender black people. The format of each event usually features a panel discussion and a photography showcase to exhibit LGBTQ issues. Former Ryerson sociology student Lali Mohamed started the now annual event in February 2011. Mohamed created it as a way to “reinsert  lives, experiences and achievements of queer and trans” black students into an historical context. He is currently an adviser for the World Pride International Human Rights conference and the International Salaam conference — both honour and celebrate LGBTQ culture.

McKenzie, a resident of Philadelphia, is the event’s first non-Canadian speaker. She said the fight against discrimination often comes from the viewpoint of those who are removed from the issue — and thus, uninformed.  The effort to end discrimination, instead, needs to take the perspective of the people most affected, those with the least “privilege” — transgender black women, McKenzie said 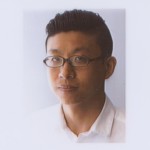