After the disturbing allegations against Jian Ghomeshi surfaced late last year, no one expected another journalist to outshine his scandals, and no one has.

But some sure are creating scandals of their own. This time the story isn’t just interesting, it affects every Canadian who follows the news and trusts that they’re being told the truth. It has become a question of journalistic integrity.

Leslie Roberts has resigned from his position with Global TV Toronto since the scandal (Courtesy Pete Morawski, Wikimedia)

The integrity of Amanda Lang and Leslie Roberts has come into question after it was discovered that they were secretly involved with businesses that were spotlighted on their respective broadcasts. These actions continue to fuel the nationwide discussion on what is considered a conflict of interest in the newsroom, which began in early 2014 after it was revealed that CBC’s Peter Mansbridge accepted a paid speaking job from oil-industry lobbyists. As a result, CBC publicly placed limitations on employees accepting speaking jobs from groups that try to influence public policy.

But this didn’t affect Lang, who took part in three jobs after the policy was created.

Standing behind its star senior business correspondent, CBC said there was no violation because the appearances were booked before the policy was enacted.

Besides speaking at RBC-sponsored events, Lang also kept her employers in the dark about other potential conflict-of-interest issues, including writing an editorial for the Globe and Mail supporting the use of foreign workers, and her romantic relationship with RBC board member Geoff Beattie.

Leslie Roberts, the face of Global TV’s Toronto news coverage, also used his platform to promote clients of a PR firm he co-owned. This firm is known for media coaching its clients, many of whom appeared on News Hour and The Morning Show.

Both journalists hid these connections from their employers but each case is being handled differently. Roberts resigned from his position after being suspended indefinitely, but Lang continues to work at CBC — even after she allegedly tried to sabotage an exposé that depicted RBC in a bad light, which CBC denies.

Both Lang and Roberts argued that their connections to these companies didn’t bias their journalistic work, but it’s hard to believe two experienced journalists who interviewed people to whom they were financially connected without disclosing it to their viewers and employers.

Living in a country that is so closely tied to the U.S. both economically and socially, most Canadians are aware of the influence that corporations have on media outlets. It’s easy to criticize privatized newsrooms for the reporting meant to protect their owners’ interests, but Canadian media is at a tipping point of the same slippery slope.

Unless we want to follow FOX News down the rabbit hole, these secret dealings must be dealt with immediately and in a consistent manner to ensure ethical reporting. In the industry, trustworthiness is of the utmost importance. Even a spotless reputation can be easily damaged by a single action that undermines journalistic integrity. And it should. 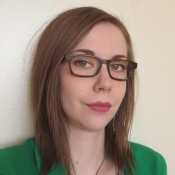