I wonder how long it was there, that silent, unremitting undertow waiting to clasp her ankles to pull her into the depths.

People often describe anxiety as a fog, but that’s not my daughter. My daughter is drowning.

She came to me one Saturday afternoon in September. Haltingly, fighting tears, she whimpered, “Mommy, I’ve been having suicidal thoughts.”

Specs of dust floated absently through the shards of afternoon light. I could hear my blood flowing through my body. Breathing was suddenly the most intense, miraculous thing in the world.

I held her. We talked. My daughter had been struggling for a while. When she cleared the dishwasher and opened the knife drawer, she realized exactly how easy it could be.

To survive an undertow, you don’t fight. You let the current pull you along until it releases you.

That can mean seconds or minutes underwater and you will often turn up kilometres from where it stole you.

We went to our family doctor who reassured my daughter she was not alone. He wrote a referral to enter an outpatient program in the children’s mental health unit at East York General. Highly recommended, he said.

At that time, my daughter couldn’t get past a half-day without a panic attack.

She would stop attending school soon after that. She stayed in bed or on the couch. She tried to get up, to get out the door. She just couldn’t do it. I missed almost the entire semester of school being with her — a small price to keep her alive.

Two months later we were notified that my daughter had been placed on a waiting list and meanwhile, to expect an appointment with a psychiatrist. Then, nothing. I followed up to find there had been an error and she was not, in fact, on the list.

I immediately packed a bag and took her to emergency. Within hours, she was in the system and we walked out with an appointment with a psychiatrist in the next two weeks. It didn’t happen.

On Christmas Day, at my parents’ house, my daughter got worse. A demon took hold of my first-born daughter and she was gone, for a time.

My sister and I restrained her until the sedatives took effect in the tiny rural hospital room that had seen my own childhood injuries. Casts. Ventolin masks. Stitches.

Upon returning to Toronto, I took her to the emergency and didn’t leave until she was admitted into the inpatient mental health unit.

She was there for two weeks and was in the outpatient program for three weeks more.

It was a frustrating and futile experience, excepting that any service I need would now move slightly faster than before. My daughter was also temporarily diagnosed with an anxiety disorder — but that’s because they didn’t have enough answers.

It could be genetics, hormones, it could be the very ugly divorce and its fallout.

But perhaps the reason — my greatest fear — is the one that holds me the most culpable. While I’ve been at school and at work, struggling to balance it all and get ahead, I didn’t see her wander closer to the shoreline and slip into the water. I only jumped when I heard her cry out.

Since “jail,” as my daughter and her father called the hospital stint, her trust in me has waned.

I’m at the shore, hoping she can hold on long enough until I can get the coast guard in and that is based on my financial success in the near future.

Money dictates the level and effectivity of care one receives. That long-ago dream of Tommy Douglas is dying as we Canadians sit, apathetic, willfully blind while a two-tiered healthcare system annexes a privilege.

The public health-care system is slow and as archaic as the law. They are the pimply camp lifeguards who have earned the credentials, who follow the handbook but have no clue as to the raw, infinite horrors a person endures as they drown.

So I scream at the lifeguards. I wade in to my waist, holding a gnarled, sun-bleached stick.

Family and friends link arms together into the depths to shout encouragements and reach for her when I grow hoarse and my arms shake with fatigue.

I comb through pages of documents to shove in the face of the system so it moves faster towards alerting the coast guard and rescue my daughter before it’s too late.

And trust me, documents are your most effective weapon in this battle.

Not that it’s fast enough. Certainly not fast enough for me, the woman who knows only efficiency and battle.

I’m one step away from hijacking the God damned ship itself.

My eldest born — my queen of the fey, as I called her when she was born — wants to give up and to die.

She wants to feel nothing because relief for her, at this point, is a fairy tale.

Maybe even a lie.

There is an egregious number of invisible souls who are slowly pulled beneath.

We sometimes see and hear and read in the news how a person committed suicide, or they were killed while in a fit of mania or delusion.

We have a biweekly appointment with a psychiatrist and attend a free counselling program that took more than six months to get in.

It’s the only program of its kind in Toronto for children and teenagers.

Ryerson has a system in place for students. It is a system that has beautiful supportive and qualified people who want to help.

But unless you’re ready to slit your wrists, you have to wait to be seen.

Despite increased funding for more of these services, there are still priority levels attached to each case.

No one who suffers should have to wait to be saved.

We’ve come further than before in areas of public awareness but, like rubbernecking on the freeway, our system only slows down to see if someone is cusping death.

Unyielding torment does not qualify.

But these are ugly realities that no one wants to know about and everyone wants dealt with.

I can tell you that if my daughter is taken because the coast guard failed to organize itself in time, make no mistake, there will be hell to pay.

The indomitable sea that swallows ships whole will look like a splash pad in my wake. 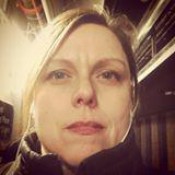