The Continuing Education Students’ Association of Ryerson (CESAR) is publicly accusing its undergraduate counterpart of irresponsibly displaying “partisanship” by withholding discounted TTC metro passes from its students and throwing its support behind a local trade union in an ongoing labour dispute.

Shinae Kim, CESAR’s president and director of membership and communications, claimed executive members of the Ryerson Students’ Union (RSU) are unjustly taking sides in the ongoing skirmish between her union and local chapter 1281 of the Canadian Union of Public Employees (CUPE), the labour association representing two locked out full-time CESAR workers.

She said the RSU’s decision will unjustly hit her students where it hurts: their wallets.

“Why should the labour dispute between CESAR and CUPE 1281 have anything to do with providing services with the part-time continuing education students of Ryerson?” Kim said.

“And why should the members of CESAR be penalized and excluded from this service, which has been provided to them for many years?”

Lobbying efforts from the Ontario chapter of the Canadian Federation of Students (CFS) helped Toronto student unions nab a special student rate for transit passes in 2009.

The passes, sold at the member services office in the lobby of the Student Campus Centre, can save full-time students $22 off the cost of a full-price adult metro pass.

Kim said the RSU should support all cash-strapped students throughout the school — not just its undergraduate members — and argued restricting the RSU’s services would destroy the union’s credibility.

“I think it’s a huge mistake. It’s very unfortunate. I think (the) RSU is now forgetting that they represent the students and are (instead) representing CUPE 1281,” she said.

Melissa Palermo, president of the RSU, wouldn’t comment on allegations of taking sides in the lockout dispute, but has stated the union hopes both parties come back to the table and reach a resolution.

Palermo said “it has been difficult” to serve CESAR’s students due to the labour dispute and the fact that the member services office is a joint venture between the RSU and CESAR. However, she added in an email that CESAR’s two locked-out employees did not work at the desk.

All metro passes are bought in bulk for all students, she said.

“We’ve done our best to let students know in advance to know that it’s happening and encourage them, if they have questions or concerns, to approach the CESAR executive about those and about why this is happening,” she said.

CESAR’s two full-time workers have been locked out of their jobs since Sept. 30, after the two parties failed to negotiate a new collective agreement on the terms of employment. 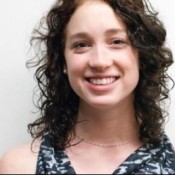 Best of The Scope