The Continuing Education Students’ Association has a new slate of executive members after members elected in March 2013 resigned earlier this month.

Along with the five executive members, CESAR president Shinae Kim resigned from her position for unknown reasons.

The members abruptly vacated their positions prompting an unofficial general members’ meeting to elect interim leaders for these seats on Feb. 25. Candidates were nominated by CESAR members. If a position was uncontested, it was handed to the sole candidate in the running.

This was the first meeting after the end of a four-month lockout of two unionized full-time CESAR staff members.

CESAR is comprised of two full-time unionized staff and twenty part-time student staff. With the lockout put in place on Sept. 30, the organization fell into the hands of the part-time members.

Nearly five months later, the Ontario Labour Relations Board demanded that the locked-out staff be reinstated into their positions within the organization, which took effect on Feb. 19.

While it remains unclear who will be replacing Kim as president, the interim executives were voted as follows:

The next meeting will be held in the Student Campus Centre in March. 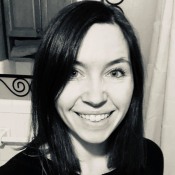