The Continuing Education Students’ Association of Ryerson (CESAR) and the Canadian Federation of Students (CFS) will be seeking intervenor status in the Ryerson Students’ Union’s (RSU) ongoing lawsuit against Ryerson University.

President of CESAR Nicole Brayiannis said at a press conference Monday morning that the association is intervening to protect the best interests of students and uphold the integrity of student democracy.

By cutting ties with the RSU, Brayiannis said that Ryerson has acted recklessly and endangered students’ right to organize and associate, as well as set unrealistic timelines for students to form a new students union.

Ryerson University cut ties with the RSU and terminated its operating agreement on Jan. 24, citing a loss of confidence in the “RSU’s ability to represent students with good governance.”

In response, the RSU filed a lawsuit against the university, claiming $2.7 million in damages on Jan. 28.

“Students have had less than three weeks to research…just over a week of campaigning and will have only two days of voting,” said Brayiannis. “This is something that is unprecedented, even at Ryerson University.”

Voting for the structure of Ryerson’s new student government takes place this week on March 4 and 5. In April there will be a vote to elect students to the new government structure.

“This isn’t the first time students in this country have been faced with this kind of ill conceived attack,” said Sofia Descalzi, chairperson of CFS, which is the national student federation.

In January 2019, premier Doug Ford launched his own attack on the autonomy of student organizations with the Student Choice Initiative, which made several once-mandatory ancillary fees optional and gave students the option of opting out of programs such as student unions.

Through the power of student organizing and collective action, students fought back and in November the Ontario court struck down the initiative.

“At a time when students in Ontario are facing massive cuts to OSAP and changes to the college and university funding structures that will fundamentally harm quality and access, students need autonomous students unions to represent their interests now more than ever,” said Descalzi.

According to Brayiannis, CESAR has sought to intervene independently and while the RSU has agreed to this move, Ryerson has not yet.

A hearing will take place this week to determine if CESAR and CFS will be granted intervenor status in time for the March 6 court injunction hearing between the RSU and Ryerson.

As the country’s oldest and largest student organization, Descalzi said the CFS has a role to play in ensuring student’s ability to organize and fight for what they believe.

“By joining the RSU legal intervention, we’re showing students across the country that an attack on one [student group] is an attack on all and that we’re all united in this fight. We will show once again that students united will never be defeated.” 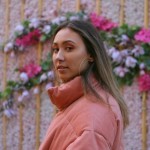