The Ryerson Rams are hoping the Mattamy Athletic Centre will host more CIS national championships with the organization’s move to the GTA. (Jamie Tozer)

The CIS, the national governing body for university sport in Canada, relocated its head office from Ottawa to Richmond Hill in June. Ivan Joseph, Ryerson’s director of athletics, is hoping the move will bring more national exposure to the Rams.

“I think, hopefully, the CIS will be able to see what we’re doing first-hand, up front and real close,” said Joseph. “There are a lot of rumours about all the noise Ryerson is making at the CIS level and how we’re changing the face of sport and the hosting of championships.

“I think we’re more on the front page of the CIS than before.”

While the Rams are hoping for more of a national presence, the CIS itself has longed for more exposure in Canada. David Goldstein, chief operating officer of the CIS, said the relocation was made with the hopes of increasing sponsorship and media opportunities.

“Corporate Canada is ultimately headquartered here,” said Goldstein. “There are great businesses across the country obviously, but the financial capital of Canada really is Toronto. If you want to increase commercial sponsorship, you want to be close to those businesses.

“The media capital is here as well. It’s not just the big broadcasters but also the large daily papers. A lot of media coverage is Toronto based. We’re a national organization and we need to be everywhere, but as far as where to have a hub, there’s an advantage [to being in Toronto] for both of those very important areas.”

Toronto is an important market for the CIS, but that doesn’t necessarily mean more national championships will be hosted in the city, said Goldstein. He added that it’s the organization’s goal to create national events that are strongly organized, well attended and feature a high level of play — no matter where in Canada they may be.

“If it’s West Coast, East Coast or middle, we just want it to be a great event that student athletes remember for the rest of their lives — and that can be anywhere,” said Goldstein.

Electric crowds at the MAC

Joseph, however, hopes the CIS being headquartered in the Greater Toronto Area will bring more national championships to Ryerson.

“I think many of our teams are in a position to compete for them and win,” said Joseph. “It’s our hope that — combined with CIS’s location and our ability to do an outstanding job — that will garner some more.”

The Mattamy Athletic Centre, which opened in 2012, has given Ryerson the ability to hold national championships. The school hosted the men’s basketball Final 8 championship in 2015 and will host the 2017 CIS Women’s Volleyball Championship in March.

The growing Rams fan base could also play a role in Ryerson landing more national events. Last season, the men’s basketball team played in front of electric crowds at the MAC en route to an OUA championship.

“Ultimately you want to showcase where people really are passionate about [university sport],” said Neate Sager, co-creator of The CIS Blog. “That’s always been a bit of a tough sell in Toronto when there’s so much competition from so many other entertainment products.”

While Joseph said he hasn’t seen many changes with the CIS yet, it’s too early to make any judgments.

“I think in three to five years, we’ll be able to test the time and see if this move was of value and if it did the things we wanted it to do — which was to help build revenue, help raise our profile and help build brand awareness.” 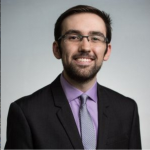