CIS rebrands itself as U Sports 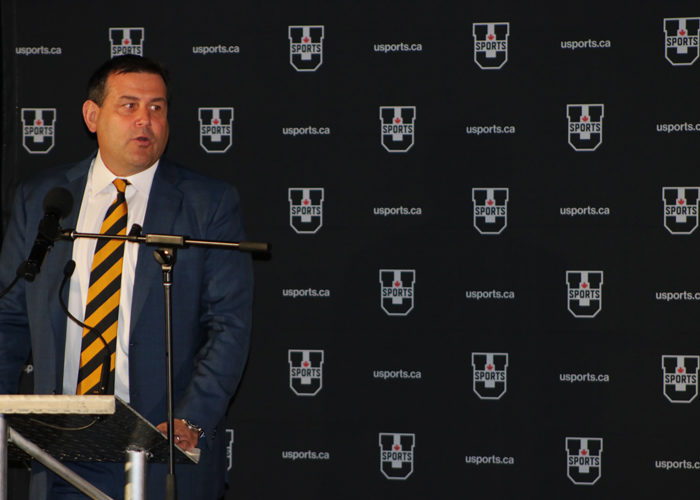 By Connor Hewson and James Tozer

U Sports is the new name and brand of university sport in Canada, the organization’s CEO, Graham Brown, announced at a downtown Toronto press conference today.

U Sports replaces Canadian Interuniversity Sport (CIS) as the governing body of university sport in Canada. The CIS name and brand had been in place since 2001.

The U Sports brand was created by Vancouver-based design firm Hulse & Durrell, which has overseen the brand launches of organizations such as the Canadian Olympic Committee, Swimming Canada, Curling Canada and Equestrian Canada.

“I love the new inclusive look of the brand,” said Ivan Joseph, director of athletics at Ryerson. “It captures both our anglophone and francophone history and heritage.” 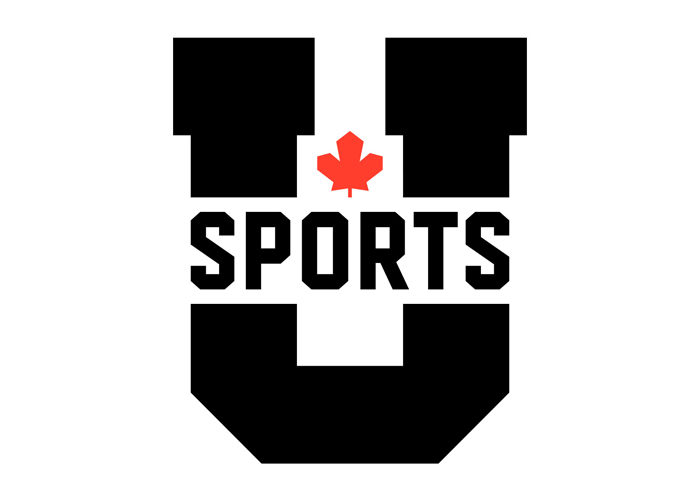 U Sports – previously called CIS – unveiled its new name and logo at Real Sports on Thursday. (Courtesy of U Sports)

Brown said it was important that the organization’s new name and logo work in both languages.

“The parameters were that one, it had to be fully bilingual,” said Brown. “I didn’t want to go back to two acronyms and having to constantly refer to a French and English name. Second, it just had to speak to a different demographic …”It’s referring to a demographic now that’s 26 and under. But really, that 18 and under [demographic] … it’s a whole different strategy you need. This will help us facilitate that strategy.”

Graham added that it’s important that U Sports find a way to market to both university and high school students.

“We’re going to have to work really hard on messaging,” he said. “The new brand allows us to speak differently to that demographic. There are articulate, sophisticated young people now in our schools. Even our athletes are sophisticated. We have to find a different way to market to [them].”

The U Sports re-brand is not the only organizational change that has occurred this year. In June, U Sports moved its head office from Ottawa to Richmond Hill.

Joseph said that he thinks the organization’s new brand will mean good things for university athletics in Canada.

“You have to remember, people want that NCAA look, feel and energy … if this new brand helps contribute to that look and feel [at Canadian universities], it only helps us get better and more attractive at athletics,” he said.

Starting today, the organization’s website will be found at www.usports.ca.

Community should be top priority for universities