Council voted 35-9 in favour of the $9.6-billion budget, following two days of debate that ran late into Thursday evening. Ford voted against it, telling reporters “it was the worst budget that was ever presented.”

Earlier in the day, Ford proposed a number of motions which he claimed would save the city $60 million.

Among them was a proposal to cut council’s staff salary budget by $1 million. He explained that council “took $1 million away from me,” and should be forced to do the same to their own staff.

The motion, which didn’t pass, drew harsh criticism from councillors. Councillor Ron Moeser asked Ford if the proposal was “all about payback.”

Councillor Denzil Minnan-Wong took Ford to task, asking about the pay raises he gave to his staff in the midst of the crack scandal. Ford brushed off the questions.

Council passed only four of the 18 motions Ford proposed. Of those, only two have direct savings for the city.

In a 24-21 vote, council supported Ford’s motion to eliminate the employee engagement survey, which was estimated to cost the city $250,000 in 2014.

They also passed Ford’s motion to eliminate the printing of two city magazines, Our Toronto and City Insider, in a vote of 29-16, which were projected to cost $476,000 this year.

On Wednesday night council approved a residential property tax increase of 2.23 per cent. With the provincially-mandated tax shift, which council has no control over, the increase is 2.71 per cent.

The budget also includes increased funding for the TTC and the Toronto Police Service, and a cut to Toronto Fire. Council approved cutting four trucks and 84 front-line firefighters. Originally five trucks were on the chopping block, but council approved Deputy Mayor Norm Kelly’s proposed motion to put $2 million back into their budget. 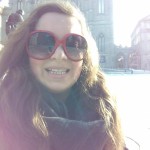