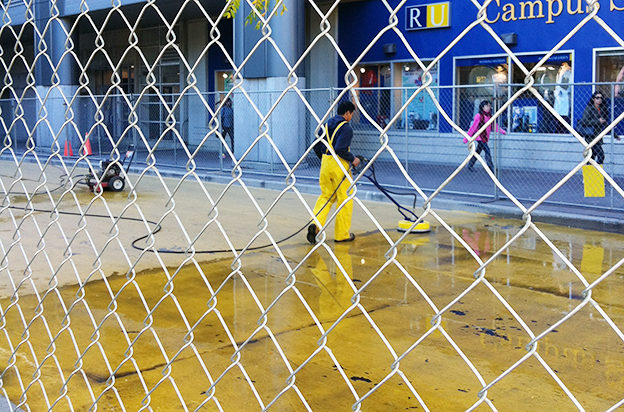 The university confirmed that the shoddy paint jobs on Gould Street will be covered with a fresh coat of asphalt after next Monday. (Ryersonian file photo)

The City of Toronto will be repaving Gould Street.

In an advertisement that ran on the back page of The Ryersonian on Wednesday, the university confirmed that the shoddy paint jobs on Gould Street will be covered with a fresh coat of asphalt after Thanksgiving Monday.

The exactly date is unknown as the city is only able to provide 48 hour snotice prior to the start of the re-pavement.

This comes three weeks after the university quietly announced it has requested the city to repave Gould and Victoria streets.

The shoddy paint job saga began over a year ago, when the university decided to paint Gould and Victoria streets to freshen up the campus. An initial coat of yellow paint that cost $25,000 was applied prior to the start of the school year in 2013. A second, more permanent, coating was applied in October at a cost of $170,000.

But the paint began to peel as soon as the fall weather set in.

This prompted Ryerson’s vice-president of administration Julia Hanigsberg to publicly apologize in a blog titled, “I’m Sorry.” She outlined what went wrong, citing time constraint as the major factor.

Ryerson has repeatedly said that the full $195,000 was never paid and that the contracts were disputed. But the university has paid $25,000 for phase one in it’s entirety. It’s unclear how much of the remaining $170,000 of phase two was paid.

In an interview on Monday, Hanisberg, who is leaving Ryerson in December to head a children’s hospital, said she does not know the price tag off the top of her head.

She said she would be able to provide a figure later on if The Ryersonian sent an email. As of Tuesday evening, she has not yet replied.

The asphalt re-pavement will be coming in two phases. The grinding and scouring will occur during one week, followed by the actual repaving a week later. 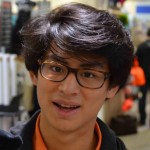 10 Nuit Blanche installations you can still check out